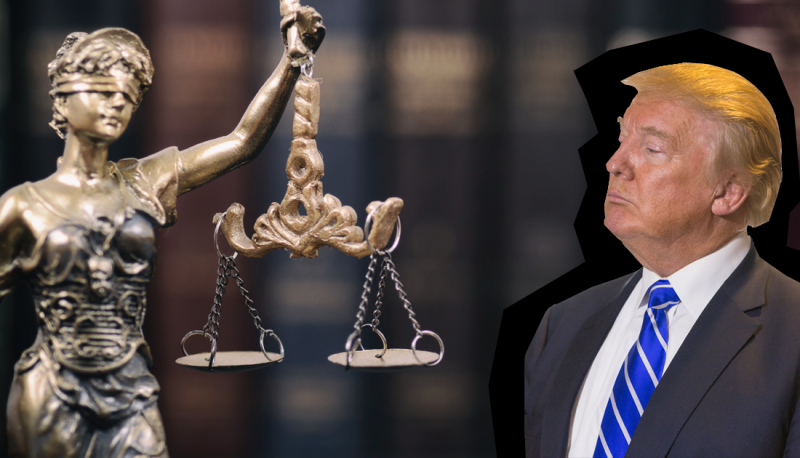 Although the campaign by President Trump and Senate Majority Leader McConnell to remake the federal courts has already had much troubling success, with 84 lifetime judges added to the federal courts so far, there is one important objective that they have not yet achieved. Even though they have added a record number of 29 judges to lifetime posts on the powerful federal circuit courts of appeal, one level below the Supreme Court, they have yet to “flip” a circuit court – to appoint enough judges who replace Democratic appointees so that the majority of active judges on a circuit will have been appointed by Republican presidents instead of Democratic. But very soon, they will have their chance to do just that on at least one circuit court.

Specifically, Thomas Vanaskie, an Obama appointee to the U.S. Court of Appeals for the Third Circuit, is reportedly taking semi-retired senior status today, as of November 30, 2018, which allows Trump to nominate a replacement. Trump has already placed two nominees (Stephanos Bibas and David Porter) on the Third Circuit, and a third nominee (Paul Matey) had a hearing before the Senate Judiciary Committee in mid-November. Assuming Matey is approved by the Republican-controlled Senate, the court will consist of seven Republican and six Democratic appointees, successfully “flipping” the first circuit court under Trump. A replacement for Vanaskie next year will make it 8-6 Republican. Although noting that “the party affiliation of the appointing president is an imperfect proxy for judicial philosophy,” right-wing conservatives have already begun to “celebrate,” particularly since there will then be  five out of 12 circuits around the country with a majority of judges appointed by Trump, George W. Bush, or other Republican presidents.

The effects of this flip could be quite significant in the Third Circuit, which handles all federal appeals in Pennsylvania, New Jersey, and Delaware. Federal courts of appeals often consider whether to hear important cases en banc, with all active judges participating. In one recent case, Trump appointee Bibas joined a dissent from a decision not to rehear en banc a three-judge panel ruling that upheld a school district policy that protected the rights of transgender students to use facilities that correspond to their gender identity. The dissenters complained that it was “unsupportable” to suggest that federal law prohibited a policy that did not allow such use, contrary to rulings by other courts. If that issue comes up in another appeal, which appears likely, the addition of three more Trump judges would allow the dissenters’ view to become law in the Third Circuit, harming the rights of transgender students.

Other important cases are already pending in the Third Circuit that could be significantly influenced by a “flip” next year. For example, the Third Circuit is now considering an appeal of a lower court decision that ruled against a Trump administration policy that allows most employers to refuse to provide required contraceptive coverage to their employees under the Affordable Care Act. Earlier in November, a three-judge panel on the Third Circuit heard oral argument in a challenge to a decision that upheld a Philadelphia policy that ended referrals concerning foster children to Catholic Social Services because of the agency’s refusal to place them with same-sex couples.

In addition to the Third Circuit, several other federal appellate courts are one or two Trump appointments away from “flipping” as well. Confirming additional Trump judges to the appellate courts, moreover, will likely become “easier” in 2019 with 53 Republican Senators, as Trump recently exulted.

Much will depend, of course, on who Trump nominates to fill Vanaskie’s seat. Trump’s past performance is not encouraging, since unlike President Obama and previous presidents, he did not consult home state senators in filling many seats during his first two years, and Porter was confirmed to the Third Circuit despite the vigorous objections of home state Senator Bob Casey.

The consequences of Trump’s confirmed judges have already been devastating  to Americans across the country, as shown by a recent PFAW report, and will no doubt become worse in the future. Despite the enhanced Republican Senate majority, PFAW will continue to oppose the worst of Trump’s nominees in cooperation with our members and allies.  It is crucial that Republican Senators be held to account for their votes to confirm such Trump nominees, and that all Americans consider the important issue of judicial appointments in the presidential and Senate elections in 2020.