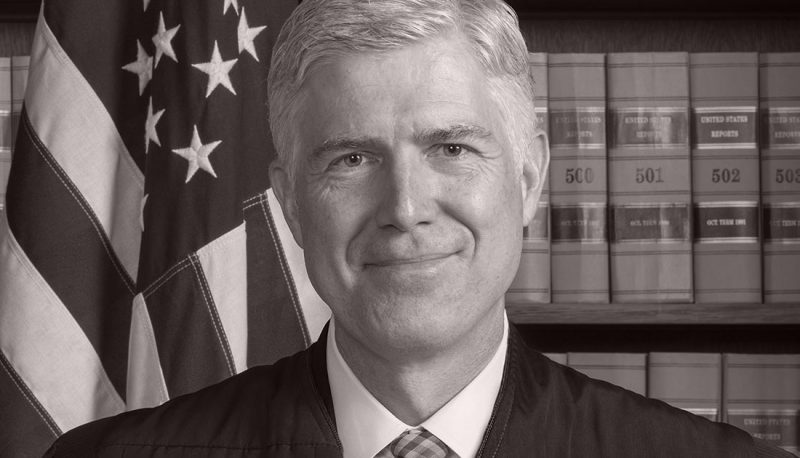 The Alliance for Justice, a longtime People For the American Way ally in advocating for a federal judiciary that protects all Americans’ constitutional and legal rights, has published a new in-depth examination of the record of Supreme Court nominee Neil Gorsuch. The report concludes that “on the merits, Judge Gorsuch is not qualified to serve on the Supreme Court.”

AFJ President Nan Aron says that Gorsuch’s legal record as a judge shows a pattern of favoring people and institutions with power at the expense of ordinary Americans: “His vision of America is one in which big corporations run roughshod over working people, women go without safe and accessible reproductive health care, and people with disabilities are relegated to second-class citizenship.”