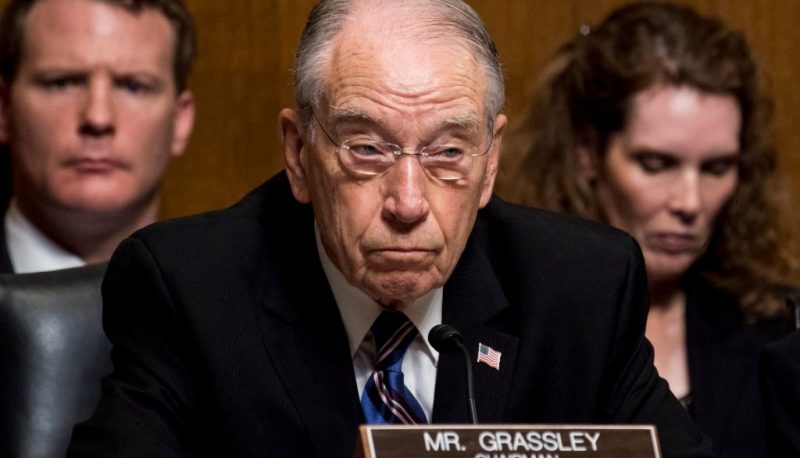 During the corrupt process of Brett Kavanaugh’s Supreme Court confirmation, Chuck Grassley didn’t seem to care that the nominee was lying under oath. He and the committee’s other Republicans accepted obvious lies and evasions as the truth.

Less than three weeks after the final vote, Chuck Grassley is accusing not Kavanaugh but one of his accusers of lying to the committee.

What were they diverted from?

Certainly not from analyzing records from the three years that Kavanaugh served as staff secretary to President George W. Bush, because Grassley made sure the committee didn’t have access to them.

And certainly not from poring over the entirety of Kavanaugh’s other available records, because Grassley let a GOP lawyer go through them first and decide which ones he would forward to the committee.

Then again, it takes resources to spin an obviously corrupt process as a legitimate one. And this one was really corrupt, so it took a lot of resources to devise and carry out that operation.