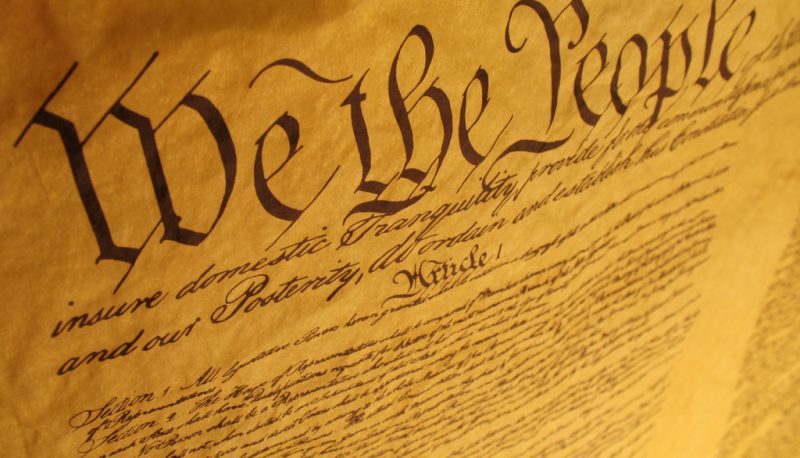 President Trump and his “fake news” administration have accumulated a shocking record of opposition to press freedom. On July 25, Kaitlan Collins, a pool reporter from CNN, was reportedly barred from an open-to-press event as punishment for asking President Trump a line of questions about the Michael Cohen tapes. White House Correspondents’ Association President Oliver Knox called such retaliation “wholly inappropriate, wrong-headed, and weak” and noted the important role that journalists like Collins play in holding the president and other government officials accountable. People For the American Way wholeheartedly agrees. PFAW joined allied organizations on a letter reminding White House Press Secretary Sarah Huckabee Sanders that press freedom is critical to ensuring an informed public and functioning democracy, and it includes a journalist’s right to ask questions the administration would rather avoid. You can download our letter here.

We, a bipartisan coalition of transparency, government accountability, civil liberties and press freedom organizations, write concerning news reports that the White House prevented CNN reporter Kaitlan Collins from covering a Rose Garden event as a consequence of her having previously asked a question of President Trump at an Oval Office photo opportunity that drew the administration’s ire.

In a statement condemning the White House’s action, White House Correspondents’ Association President Olivier Knox stated “Reporters asking questions of powerful government officials, up to and including the president, helps hold those people accountable.” We agree.

An informed public and functioning democracy is contingent on a free press. We demand the White House refrain from punishing journalists for asking tough questions, and instead welcome all credentialed reporters to events where the press are admitted. This includes reporters who seek answers to questions the administration would rather avoid, including questions about potential wrongdoing or abuse of authority.