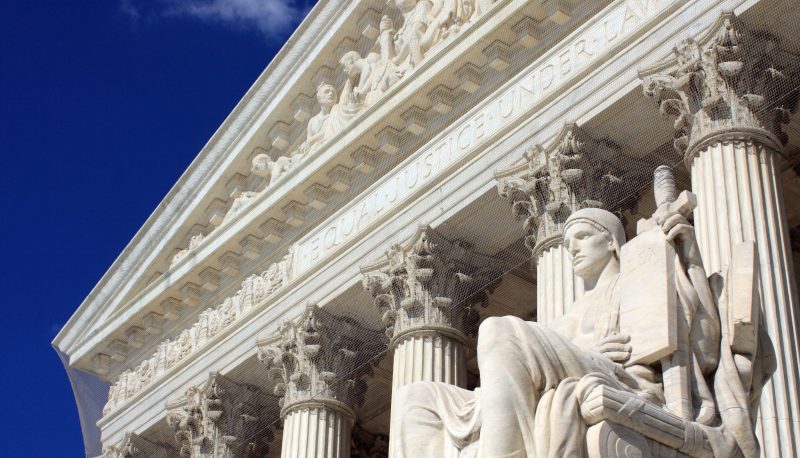 Lately we have been inundated with the news of Supreme Court nominee Neil Gorsuch.  We have learned from his selection process, record, and testimony that he would not be the independent justice we need on our highest court.  But now other terms are swirling about: filibuster, cloture, nuclear option.  You likely know why you don’t want Gorsuch on the Supreme Court, but what about those procedural things?

Here is the basic Senate process for a Supreme Court nomination and where Gorsuch’s nomination now stands in that process:

Gorsuch met with many senators, and by many accounts it didn’t go well.

The Senate Judiciary Committee is made up of 20 senators—11 Republicans and 9 Democrats—who specialize in the consideration of judicial nominations.

Gorsuch’s hearing lasted four days, from March 20 to March 23.  On the first day, the senators on the committee made comments.  On the second and third days, senators on the committee asked Gorsuch questions in sworn testimony. On the last day, witnesses testified about whether Gorsuch would be acceptable for the lifetime job of Supreme Court justice. Witnesses included law professors, Bar Association representatives, and groups impacted by Gorsuch’s decisions, including the father of a child with a disability whom Gorsuch improperly ruled against.

Gorsuch received many written questions, but, like his hearing testimony, his answers were largely nonresponsive.

Step 4: Senate Judiciary Committee votes on whether to report the nominee to the Senate.

On April 3 the Senate Judiciary Committee voted 11-9 to report Gorsuch to the Senate with a recommendation for confirmation.

This is where the Gorsuch process currently stands (as of Wednesday, April  5).

Step 6:  Full Senate debate either continues or ends by unanimous consent or cloture.

On Gorsuch, there is not unanimous consent among the senators to end debate. What’s more, Gorsuch has not earned the support of 60 senators, a level of bipartisanship that other successful nominees have met.

Extended debate: Without unanimous consent or the 60 votes on cloture, the debate continues.

Debate is considered “continuing” whether a senator is actually speaking or not.  This is also known as a filibuster.

Some Republican senators are frustrated with the prospect of failing to get cloture (failing to end debate) on Gorsuch’s nomination, so they are threatening to change the cloture rule using the nuclear option.

The nuclear option is a maneuver to permanently change the Senate rules.

A mere 51 votes could end debate on a Supreme Court nominee, rather than the 60 votes required by the existing rules.

If Republican senators choose to use the nuclear option, they would do so by gathering 51 votes (from 51 senators or from 50 senators plus the vice president) to overturn the 60-vote bar.

Step 7: If the GOP chooses the nuclear option, then the full Senate votes on whether to confirm the nominee.

Alternatively, if the GOP chooses to maintain the longstanding 60-vote bar, then Gorsuch will not be confirmed, and the president will need to find a new nominee.

Hopefully these basic steps helped clarify the process of what has happened in the Senate with Gorsuch’s Supreme Court nomination and what still needs to happen.  For people concerned about the integrity of the Supreme Court, the most important action you can take right now is to tell senators to not go nuclear.  In other words, if Gorsuch’s nomination lacks the support of 60 senators willing to end Senate debate, then what must change is the nominee, not the rules.