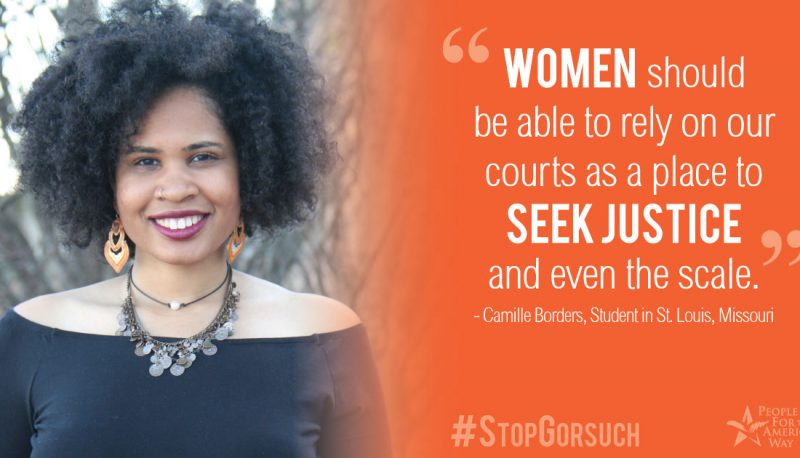 When it comes to the rights of workers trying to stand up to unfair practices, Gorsuch’s record is downright frightening.

Donald Trump’s nomination of Neil Gorsuch to the Supreme Court should trouble any American who thinks that everyday people should get a fair shake in the courts. When it comes to the rights of workers trying to stand up to unfair practices, Gorsuch’s record is downright frightening.

Take for example the case of a trucker who was illegally fired from his job for detaching his trailer after his truck ran out of fuel, his brake lines froze in subzero temperatures, and his heater stopped working. While the majority on the Tenth Circuit Court agreed that the employee—who started to go numb while waiting for hours for a repairman—should not have been fired, Gorsuch said the employee should have followed orders even at serious risk of injury.

This case was no outlier. In another dissent, Gorsuch argued against employees who sought back pay after their employer unlawfully cut their work hours.

Gorsuch’s record consistently shows that he would side with employers over employees, particularly women in the workforce. When a Colorado woman sued UPS for sex discrimination after she was treated worse than her male coworkers, a claim that her colleagues agreed with, a majority of judges on Gorsuch’s court ruled that she should have a chance to prove her sex discrimination claims. But Judge Gorsuch disagreed. If Gorsuch had had his way, she would not have even been allowed to prove in court that she had encountered sex discrimination. 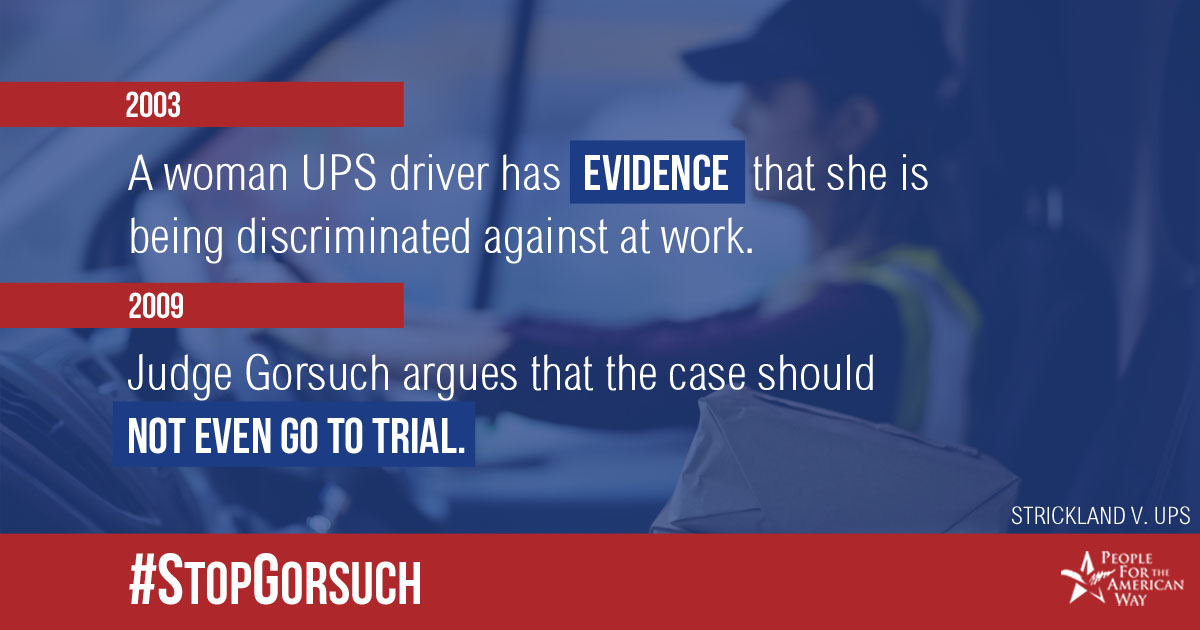 Women—especially women of color—already face disadvantages in the workplace, including disparities in pay, hiring and treatment. Women should be able to rely on our courts as a place to seek justice and even the scale. It’s worrying enough that President Trump described Gorsuch as an acolyte of the late Justice Antonin Scalia, who once said that the Constitution does not prohibit sex discrimination.

Time and again, Gorsuch is quick to side with corporations, even going so far as to oppose a legal doctrine that calls on court to defer to government agency experts who issue common-sense rules protecting workers’ safety and health. If confirmed, Gorsuch would push the Supreme Court in a harmful direction where the rights of ordinary Americans would be facing real threats.

Sen. Claire McCaskill should stand up for Missourians who want—and should be able to expect—equal justice under the law. She should stand firm and reject Gorsuch’s dangerous nomination.

Camille Borders is a student and activist in St. Louis, Missouri.