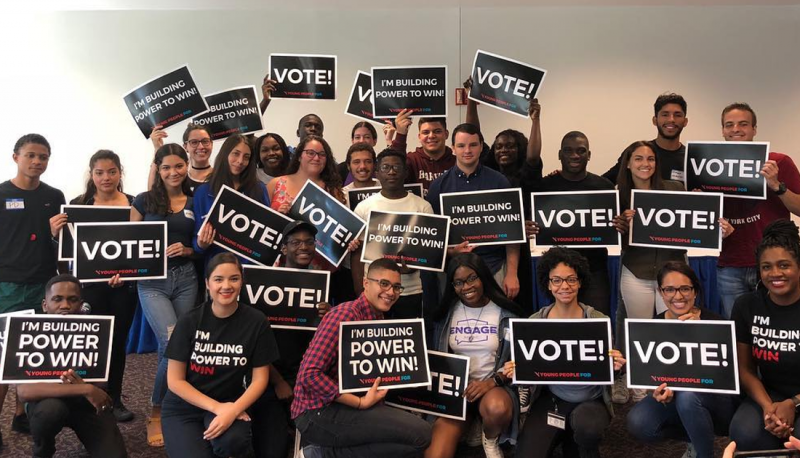 In 2018, Young People For (YP4) traveled across the country to train young people who have been historically left out of training spaces on how to center civic engagement in their communities by centering the issues they care about. Learn more about the Building Power to Win Road Trip.

Ever since Donald Trump became president, hate crimes have risen dramatically and white supremacist groups demonstrate openly. And though it’s heartening that the November 2018 midterm election indicated how far women and people of color have come, it also made clear how much their communities’ voices were stifled through shameless voter suppression tactics.

In a recent op-ed by Young People For Director CiCi Battle, she noted that “it’s time to move forward.” It may be frustrating that voices are being stifled to protect privileged white men, but progressive activists of color have much to learn from looking at the systemic origins of oppression to move forward with purpose.

Reflecting on the midterm elections in 2018, Battle wrote in Rewire News:

To do that, we must support young people’s ability to create and implement solutions to respond to the problems in their own communities. And we can’t just invest in the polished and educated among us; we must elevate those whose voices aren’t always represented to create the deep social change that their communities need.

Battle continued that it’s time to shatter the system already rigged against oppressed groups, and in order to build that infrastructure and thrive, we need to persist one step at a time. Creating meaningful change in the political world means playing the long game.