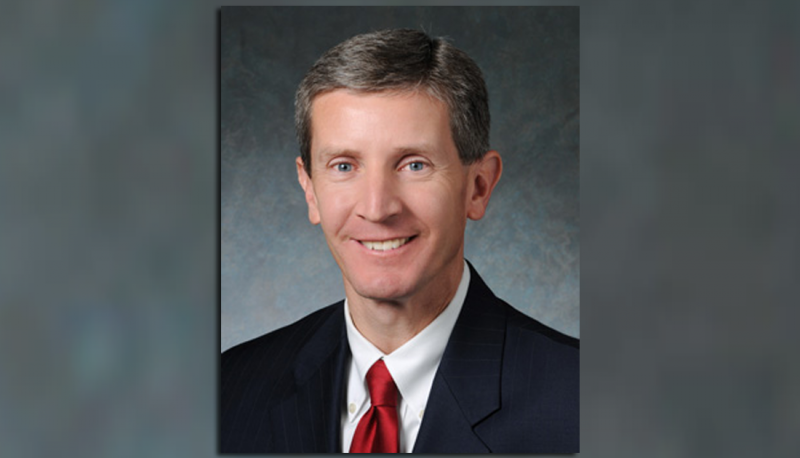 In August, Trump nominated Leonard Steven Grasz to a seat on the U.S. Court of Appeals for the Eighth Circuit. The Senate Judiciary Committee held Grasz’s hearing on Wednesday, November 1. In examining Grasz’s record, including more than a decade as Chief Deputy Attorney General of Nebraska, the American Bar Association announced its unanimous conclusion that nominee Grasz is not qualified. The ABA pointed to his clear bias, his lack of open-mindedness, and conduct that was described as “gratuitously  rude.”  On October 26, People For the American Way sent a letter expressing our opposition to the Grasz nomination to the Senate Judiciary Committee for his deep hostility toward LGBTQ equality and abortion rights. You can download this letter here.

On behalf of the hundreds of thousands of members of People For the American Way, I write to express our strong opposition to the confirmation of Steve Grasz to a seat on the U.S. Court of Appeals for the Eighth Circuit.

Mr. Grasz’s record shows that he has a dangerously narrow conception of fundamental liberties and equal protection guaranteed by the Fifth and Fourteenth Amendments. His deep hostility towards the constitutional rights to abortion and LGBTQ equality disqualifies him from becoming a federal judge.

Before going into private practice at a law firm in 2002, Grasz spent more than a decade as the Chief Deputy Attorney General of Nebraska. He used that position to crusade against abortion rights. In 1996, he wrote an advisory opinion to a state senator concluding that a state ban on late-term abortions would clearly be constitutional. He wrote that even considering the question “undermines the credibility of the legal system, and necessarily exposes the moral bankruptcy which is the legacy of Roe v. Wade.” Three years later, he served as counsel when the state unsuccessfully defended its ban before the Supreme Court.

Grasz clearly disagrees with many of the Supreme Court’s abortion rights precedents, and he has suggested that lower court judges may have some flexibility in whether to follow them. In 1999, Grasz wrote:

Lower federal courts are obliged to follow clear legal precedent regardless of whether it may seem unwise or even morally repugnant to do so. However, a court need not extend questionable jurisprudence into new areas or apply it in areas outside of where there is  clear precedent. [emphasis added]

Despite what Chief Judge Posner aptly described as Albrecht’s “infirmities, [and] its increasingly wobbly, moth-eaten foundations,” there remains the question whether Albrecht deserves continuing respect under the doctrine of stare decisis. The Court of Appeals was correct in applying that principle despite disagreement with Albrecht, for it is this Court’s prerogative alone to overrule one of its precedents. State Oil v. Khan, 522 U.S. 3, 20 (1997) (internal citations removed).

Grasz has also demonstrated a hostility to LGBTQ people that is at loggerheads with the function and values of the American judicial system. This was made clear in several Attorney General memoranda he authored during his tenure that addressed legal questions raised by legislators.

In 1992, he wrote a memo analyzing a hate crimes bill. He warned that the inclusion of the term “sexual orientation” could make the bill unconstitutionally vague, because it “could conceivably include all ‘orientations’ of a sexual nature (bigamy, pedophilia, etc.). … [You] may want to avoid potential challenges by making the proposed language more precise.”

As if this were not offensive enough, he made sure to add a footnote to avoid the risk that someone might conceivably interpret his memo as suggesting approval of the underlying provision: “This opinion is in no way intended to endorse the concept of making ‘sexual orientation’ a protected class of the same status as gender, race or religion. This is a policy matter for the Legislature to address.” In a March 1996 memo, he characterized the possibility that Nebraska would have to recognize out-of-state marriages between people of the same sex as “a grave danger.” He also stated that the only way to prevent that with certainty was through state legislation and “strongly recommend[ed]” that the legislature act during the current session if it wanted to be sure to prevent any such marriages from being recognized in Nebraska.

He even went out of his way to denigrate LGBT equality when the issue wasn’t before him. In a 1994 memorandum on the Free Exercise Clause and Native American sweat lodges, he needlessly included a citation to a journal article entitled “Who Wants to Stop the Church: Homosexual Rights Legislation, Public Policy, and Religious Freedom.” Among other inflammatory remarks, the article Grasz chose to cite stated that “advocates of the homosexual cause seem more concerned about the symbolic consequences of these [anti-discrimination] laws than the practical gains in terms of employment and housing opportunities.”

Grasz’s hostility to abortion rights and LGBTQ people continues to the present day. In 2015, he became a board member of the Nebraska Family Alliance, which is associated with the national right wing organization Focus on the Family. (His son is the state group’s policy director.) In 2016, the Nebraska State Activities Association announced it would, under certain circumstances, allow transgender students to compete as a gender other than the gender assigned to them at birth. The Nebraska Family Alliance opposed this, claiming that “[a]llowing some students to participate in athletics and activities without regard to biological sex does not solve problems, it creates them.”

It is one thing to come to a different conclusion when weighing pros and cons. But to assert that no problem exists when transgender students are forced to participate in sports as the wrong sex  is to marginalize them to the point of invisibility. At best, no one at Grasz’s organization has a scintilla of understanding of the realities of life for a transgender person, nor do they seem to have a scintilla of interest in learning. Such a characteristic is fatal to a judge’s effectiveness.

To take another example the Nebraska legislature earlier this year considered banning employment discrimination on the basis of sexual orientation or gender identity. The Nebraska Family Alliance opposed the bill. They have a web page explaining why they don’t believe that type of discrimination is comparable to that based on race or sex. One reason was that:

the terms sexual orientation and gender identity are frequently used to describe the behavior of individuals. … Thus, since these terms are not used to describe innate and fixed properties, they are unfit to be added to the list of protected classes.

Grasz made similar arguments in his attorney general memos. But in the intervening years, in cases such as Lawrence v. Texas (2003) and Christian Legal Society v. Martinez (2010), the Supreme Court has rejected the distinction between conduct and status in the context of antiLGBTQ discrimination. Yet Grasz and his organization continue to use this rejected legal theory to explain why they oppose measures to end such discrimination. This type of fundamental misuse of the law is disqualifying for someone seeking to become a judge.

Steven Grasz lacks both the respect for the law and the commitment to equal protection that are essential if our judicial system is to protect the rights of everyone. We urge you to oppose his nomination to the Eighth Circuit Court of Appeals.