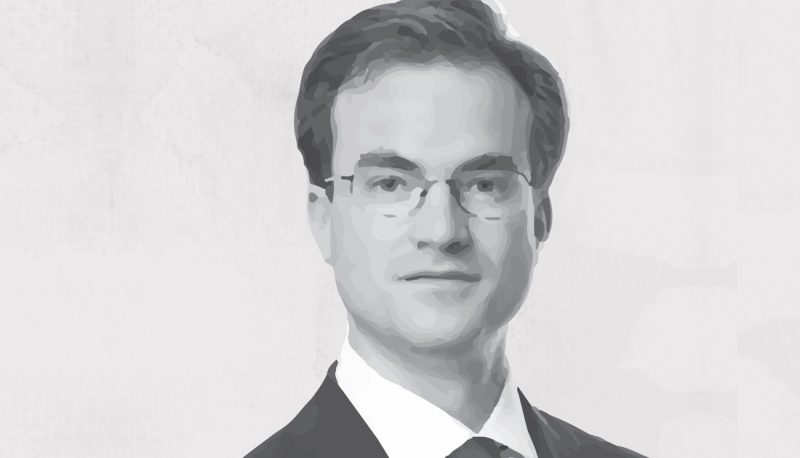 Image by Alliance for Justice

On June 7, 2017, President Trump nominated Stephen Schwartz to be a judge on the U.S. Court of Federal Claims. A vote by the Senate Judiciary Committee is expected as soon as September 14. People For the American Way sent the following letter to committee members to express our opposition to the Schwartz nomination. You can download this letter here. PFAW was also among the nearly thirty national, state, and local LGBTQ and allied organizations that wrote to the committee opposing Schwartz. You can download this letter here.

On behalf of the hundreds of thousands of members of People For the American Way, I write to express our strong opposition to the nomination of Stephen S. Schwartz to a seat on the U.S. Court of Federal Claims.

This nomination did not occur in a vacuum. In fact, this vacancy should not even exist. But the fact that it does, and the reasons for its continued existence, warrant opposition to the current nominee. Confirming Schwartz would reward a dangerous politicization of the American judicial system.

Senate Republicans, then in the minority, prevented the Senate from holding a full confirmation vote on any of the nominees. President Obama renominated them in 2015, and they once again cleared the Judiciary Committee (now controlled by Republicans) by unanimous voice vote. That was in February of 2015.

But once again, Republicans—now in control of the chamber—refused to allow confirmation votes for any of them. Five highly qualified, fully vetted jurists with enormous bipartisan support needlessly had their nominations languish for the entirety of the 114th Congress.

Like Merrick Garland, their qualifications were not in doubt, and they would almost certainly have been confirmed if a floor vote were held. And as with Garland, the vacancies would be available for a Republican president to fill.

Schwartz is only 34 years old, and his experience compares poorly to that of Thomas Halkowski. When Halkowski was starting his clerkship at the Court of Federal Claims, Schwartz was starting first grade.

Notably, Schwartz only graduated from law school nine years ago. When the American Bar Association evaluates judicial candidates, it generally requires at least ten years of legal practice in order to be considered even minimally qualified. The ABA does not evaluate nominees for the Court of Federal Claims, but Schwartz would likely be considered unqualified for the position to which he has been nominated.

The ABA also considers litigation experience as essential for non-appellate judges. According to his committee questionnaire, Schwartz has only been chief counsel in two cases that have reached final appellate or trial court decisions. He has never litigated before the court to which he has been nominated and has not even been admitted to practice before the court.

It appears that this nomination is based on an expectation by his supporters that Schwartz would let his conservative political ideology shape his judicial opinions. He has chosen a career in litigation advancing high-profile right wing causes. He has:

Our nation’s courts are fundamental to our liberty. They need judges who put their political views aside. Five experienced, nonpartisan, highly qualified men and women were blocked from the Court of Federal Claims for a reason. Young conservative nominees like Stephen Schwartz and Damien Schiff are that reason.

Confirming Schwartz would reward efforts to turn our nation’s courts into extensions of a political party. We urge you to oppose the nomination.

We, the undersigned 28 national, state, and local advocacy organizations, representing the interests of lesbian, gay, bisexual and transgender (LGBT) people and everyone living with HIV, write to oppose the nomination of Stephen S. Schwartz to the U.S. Court of Federal Claims.

Furthermore, even though judges on the Court of Federal Claims are technically appointed for fifteen-year terms, rather than lifetime appointments, upon completion of their term, judges on this court may elect senior status, which allows them to continue hearing cases at the discretion of the court’s chief judge.3 For all of these reasons, it is crucial that this Committee scrutinizes Mr. Schwartz’s nomination to the Court of Federal Claims as carefully as it would a nominee for lifetime appointment to an Article III court.

The combination of Mr. Schwartz’s approach to important legal issues affecting the LGBT community, his history of seeking out opportunities to oppose the civil rights of LGBT and other marginalized people, and his relative inexperience in areas of the law within the jurisdiction of the Court of Federal Claims, render him unqualified for this position. As a threshold matter, at 34 years old and having graduated from law school only in 2008, Mr. Schwartz does not have the (at least) twelve years of experience practicing law that the American Bar Association (ABA) ordinarily expects of a prospective nominee to the federal bench.4 While the ABA does not review nominees for this court, we believe Mr. Schwartz’s lack of experience alone should cause this Committee significant concern.

With that said, Mr. Schwartz’s career is notable for his exceptional dedication to defending extreme positions that target members of the LGBT community, and especially transgender Americans. We wish to call to your attention to those aspects of his record that illustrate why he poses a grave threat to the communities that our organizations serve and is not an appropriate candidate for the bench.

We are particularly concerned by Mr. Schwartz’s work on behalf of law firms that specialize in litigating ultraconservative causes. For example, in 2015, Mr. Schwartz joined Cause of Action, a nonprofit firm funded in part by the Koch Brothers, whose secretive tax-exempt organization, Freedom Partners, has donated money to support numerous anti-LGBT groups, including the Heritage Action Foundation.5 Mr. Schwartz left Cause of Action in 2016 to become a partner at Duncan Schaerr LLP, a boutique law firm enlisted by North Carolina legislators to fend off legal challenges to its HB 2 law restricting the ability of transgender people to use public restrooms and prohibiting municipalities from extending nondiscrimination protections to LGBT people. Through his affiliations with these entities, Mr. Schwartz has become a repeat player in some of the most high-profile civil rights cases in the courts in recent years, always on behalf of those seeking to limit the rights of women, transgender people, and people of color.

Mr. Schwartz appears to have developed a niche practice involving the defense of anti-transgender measures. Mr. Schwartz represented North Carolina legislators, Phil Berger and Tim Moore, who intervened in litigation against the governor (and then filed their own lawsuit against the Department of Justice) to ensure a vigorous defense of HB 2.6 This sweeping anti-transgender legislation gained national attention and prompted boycotts costing North Carolina millions of dollars in lost tourism revenue. Yet, even as the law’s odious intent and impact became obvious, Mr. Schwartz vigorously defended the legislature’s right to treat LGBT people as second-class citizens.7

That same year, Mr. Schwartz defended another discriminatory restroom policy that segregated transgender students from their peers by requiring them to use “alternative, private” facilities. As co-counsel for the Gloucester County School Board in the G.G. case, Mr. Schwartz filed a merits brief arguing that Title IX of the Education Amendments Act of 1972 does not protect transgender students and that Gavin Grimm, a transgender high school boy, should not be allowed to use the male restroom.8 Title IX is critical to ensuring that LGBT and gender non-conforming students are able to have equal educational opportunity. Several courts have held that Title IX’s prohibition on sex discrimination not only includes discrimination based on being a particular gender, but also includes sexual harassment and discrimination for failing to conform to gender stereotypes. Contrary to this body of law, Mr. Schwartz urged the court to adopt a constricted view of Title IX that would deny transgender students like Gavin the ability to go to school without fear of discrimination. In particular, Mr. Schwartz’s brief deployed offensive “gender fraud” arguments, suggesting that schools were entitled to refuse to respect a student’s gender identity in order to “prevent[] athletes who were born male from opting onto female teams, obtaining competitive advantages and displacing girls and women.”9

Mr. Schwartz now invokes his ongoing advocacy on behalf of anti-transgender measures and clients as a reason not to answer Senators’ questions about his views on equal protection. In response to direct questions about whether the Fourteenth Amendment requires states to treat same-sex couples the same as different-sex couples, Mr. Schwartz does not so much as acknowledge Obergefell as the relevant Supreme Court precedent—perhaps a first for a recent federal judicial nominee.10

In addition to his portfolio of anti-transgender advocacy, other aspects of Mr. Schwartz’s record call into question his ability to administer fair and impartial justice to historically marginalized groups who often must rely on the courts for vindication of their rights. While at Duncan Schaerr, Mr. Schwartz assisted the firm with its defense of a voter identification law so blatantly discriminatory that that the Fourth Circuit described it as “target[ing] African Americans with almost surgical precision.”11 Mr. Schwartz is also part of the litigation team defending various Louisiana laws restricting abortion access by, among other means, requiring every doctor who provides abortions to have admitting privileges.12

Even before his tenure at these conservative boutique law firms, Mr. Schwartz sought out opportunities to advocate for right-wing causes. While working at the law firm Kirkland & Ellis, Mr. Schwartz filed an amicus brief in the Supreme Court case Burwell v. Hobby Lobby on behalf of four publishing companies, including the Christian Booksellers Association, which were seeking to invalidate the requirement in the Affordable Care Act that employers provide insurance coverage for contraception.13 In justifying his position that businesses should be able to opt-out of laws that, in their view, burden their exercise of religion, Mr. Schwartz sweepingly explained that “[t]he government’s view that the conduct of business cannot be governed by religious principle is contrary not only to legal precedent but to the common experience of many Americans.”14 Mr. Schwartz’s dogged pursuit of litigation targeting the rights of vulnerable groups and promoting discrimination justified by religion is particularly disconcerting for a nominee to the federal judiciary because, if confirmed, he would be expected to administer justice equally to litigants of various racial backgrounds, and all genders and sexual orientations.

Just like his fellow nominee to the Court of Federal Claims, Damien Schiff, Mr. Schwartz’s record demonstrates that his appointment to the bench would cause grave harm to the LGBT community, as well as many other communities that rely on the federal judiciary to administer fair and impartial justice.15 The Court of Federal Claims cannot afford one, let alone two, judges with records replete with aggressively anti-LGBT views. We urge you to reject Mr. Schwartz’s nomination.

Thank you for considering our views on this important issue. Please do not hesitate to reach out if we can provide additional information throughout the confirmation process. You can reach us through Sharon McGowan, Director of Strategy for Lambda Legal, at [email protected].