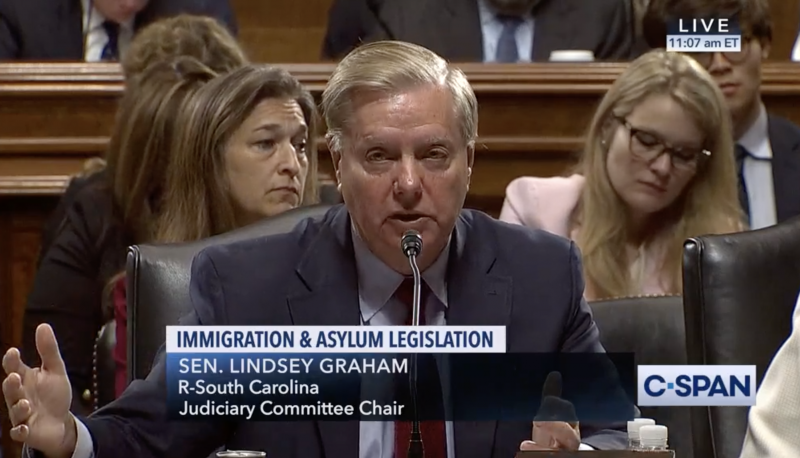 With the complicity of his fellow Republicans, Senate Judiciary Committee Chairman Lindsey Graham led the nation to a new frontier of lawlessness this morning, taking a major step in the dismantling of our democracy and the rule of law. Despite the unambiguous rules of the committee that required him to hold over a vote on his partisan and cruel immigration bill until the next meeting upon Democrats’ request, he ignored their request and held a vote anyway.

In order to justify this, Graham claimed that the Democrats had already used their one opportunity to hold the bill over, at last week’s business meeting. But (at least for now) the official record of last week’s meeting shows that no action was taken on his bill. In fact, the committee could not conduct any business at all last week, because there wasn’t a quorum.

With the complicity of his fellow Republicans, Senate Judiciary Committee Chairman Lindsey Graham led the nation to a new frontier of lawlessness this morning pic.twitter.com/lnW8u157UR

Under the committee’s Rule III, a quorum to conduct business requires the presence of at least two members of the minority party, and that didn’t happen. As both parties have long done when not in power, the Democrats were working with the tools given them by the committee’s rules to encourage compromise with the majority party. In this case, since there wasn’t a quorum before, this week would be their chance to ask for a one-week delay. Since the Senate is about to go on recess, it would give committee members the rest of the summer to work out a compromise.

Sen. Graham was once known for his willingness to work across the aisle. But this is the Trump era, and congressional Republicans do what their leader tells them. So, showing the same contempt for the rule of law as Trump, Graham chose to bring up the bill, not allow votes on any Democratic amendments, and muscled it through despite the rules.

How? Simple. He made a motion that his bill be deemed having been held over at last week’s meeting—the one where there wasn’t a quorum to hold the bill over. The Republican enablers on the Committee—that is, all of the Republicans on the Committee—voted in favor, and voila, another key right of the minority party disappeared, along with any fealty to the rule of law.

The irony was not lost on Democrats. Sen. Leahy pointed out:

.@senatorleahy: "How do we have judicial nominees come before us, and we say, “Are you going to follow the rule of law?” They have to be thinking, “Why should we? You don’t.” #ProtectOurCourts #CorruptGOP #MoscowMitch pic.twitter.com/BCZI4X3hFF

Indeed, a core function of this body is a constitutional responsibility to pass judgment on those who interpret the rule of law. And if we so casually disregard the rules that apply to our own proceedings, it’s the height of irony. How do we have judicial nominees come before us, and we say, “Are you going to follow the rule of law?” They have to be thinking, “Why should we? You don’t.”

This contempt for the rule of law isn’t new. Under Graham and Chuck Grassley before him, the Judiciary Committee has casually tossed old norms out the window to ram Trump’s judicial nominees through. But this is the first time they have simply ignored the rule defining a quorum.

Democracies do not die overnight. They are eaten away, slowly, one piece at a time, through corruption and acquiescence. Lindsey Graham is showing the way. 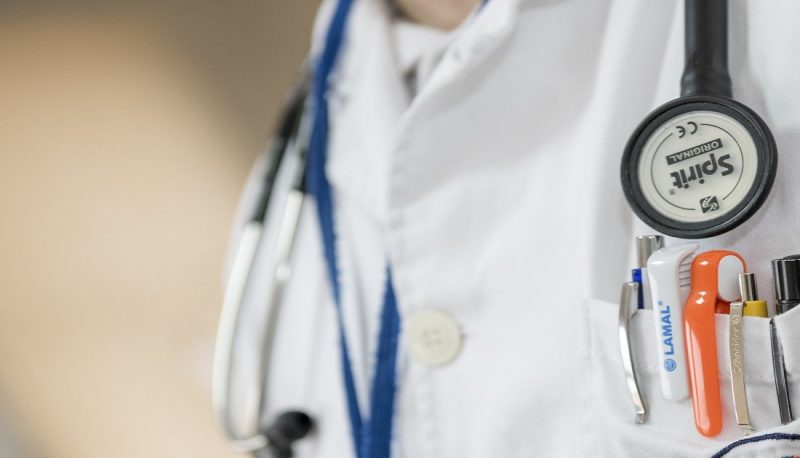 Trump Judge Would Allow President to Violate Separation of Powers to Limit the Entry of Immigrants: Confirmed Judges, Confirmed Fears