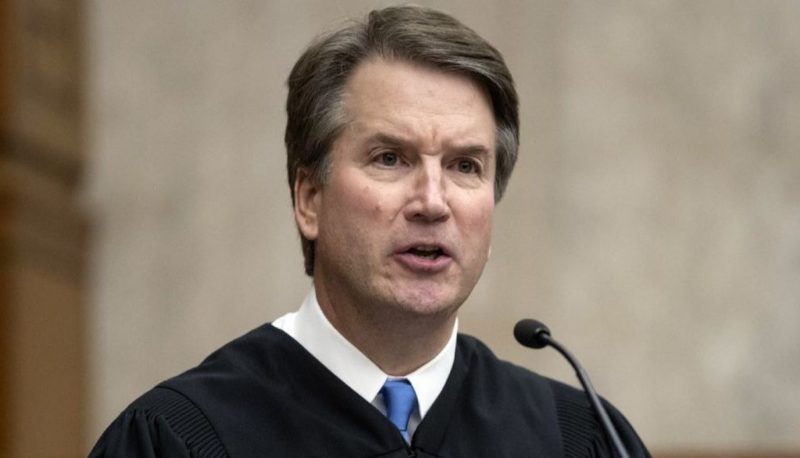 As soon as President Trump announced Supreme Court nominee Brett Kavanaugh on July 9, Trump and Senate Republicans called publicly for his swift confirmation—ignoring the overwhelming mountain of documents from Kavanaugh’s White House days that must be released and reviewed if senators are to do their due diligence on behalf of the American people. Nothing less than our future is at stake with Supreme Court vacancies like the one Kavanaugh has been nominated to fill. Rushing Kavanaugh through based on a false and politically-driven sense of urgency does not constitute constitutional advice and consent—not by a long shot. Rather, as People For the American Way and allied organizations noted in a letter sent on July 20, the Senate Judiciary Committee’s job is to rise above the fray, obtain all Bush Library records to which it is entitled, and undertake a careful review. You can download our letter here.

In order for the Senate to fulfill its constitutionally prescribed duty to “advise and consent” on a Supreme Court nomination, it must first ensure that it has conducted a full and fair review of that nominee. Just as this review encompassed all records that the Senate Judiciary Committee was entitled to see from Justice Elena Kagan’s service in the Clinton administration, it now must include all records that the Committee is entitled to see from Judge Kavanaugh’s extensive service in the George W. Bush administration.

It has been less than a decade since the Senate considered Elena Kagan’s Supreme Court nomination. When Justice Kagan was nominated to the U.S. Supreme Court, then-Chairman Leahy and then-Ranking Member Sessions jointly sent a letter requesting records from her tenure in the White House Counsel’s Office and the Domestic Policy Council during the Clinton administration. Critically, more than 170,000 pages of responsive materials were produced, including virtually every email sent and received by Justice Kagan while she was at the White House. Even more important than the sheer number of pages produced are the following:

There is no reason that the Committee should undertake a different process for considering Judge Kavanaugh’s nomination than it undertook for Justice Kagan’s. While Justice Kagan was a pending Supreme Court nominee, then-Ranking Member Jeff Sessions noted that the Committee had special authority to obtain records from presidential libraries. On May 24, 2010, Senator Sessions spoke extensively about the document requests that had been submitted to the Clinton Library and noted that “[t]he restrictions that apply to run-of-the-mill Freedom of Information Act requests do not apply when the Committee requests document[s]” and that “under the Presidential Records Act, President Clinton would normally be able to block the release of certain documents for up to 12 years. But under the PRA, the Committee’s request overrides any attempt by President Clinton to block the release of these records. Faced with a Committee request, the only basis for withholding documents is executive privilege, and President Obama has apparently decided not to do that.” To be clear: no records were withheld from the Senate Judiciary Committee on the basis of executive privilege by President Obama or statutory restrictions asserted by President Clinton.

The Senate should require similar disclosure for Judge Kavanaugh.

We agree with Senator Sessions’ statement from May 24, 2010, that “[t]he public record of a nominee to such a lifetime position as Justice on the Supreme Court is of such importance that we cannot go forward without these documents.”

Chairman Grassley, you echoed Senator Sessions’ concerns on June 15, 2010, and said that “[i]n order for the Senate to fulfill its constitutional responsibility of advise and consent, we must get all of her documents from the Clinton Library and have enough time to analyze them so we can determine whether she should be a Justice.” The Senate’s constitutional responsibility remains the same today.

While some of the undersigned organizations believe that further conditions must be met before Judge Kavanaugh’s nomination is considered by the Senate, all of us agree that Judge Kavanaugh’s hearing must not be scheduled until the Senate has seen every single record it is entitled to see.