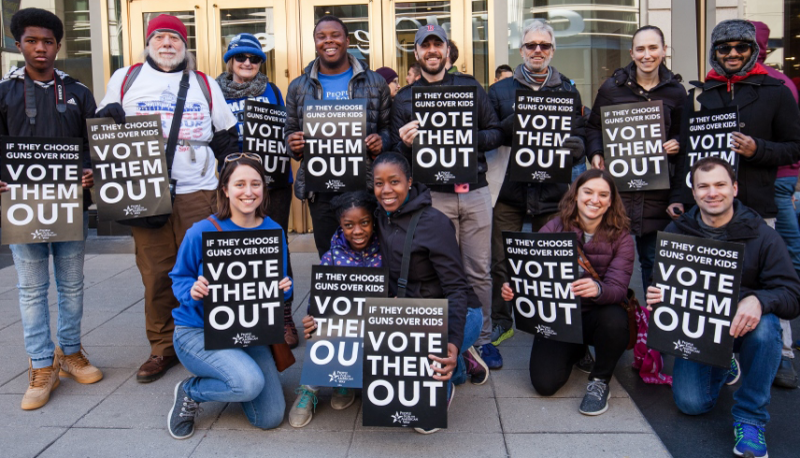 This past weekend, PFAW and our affiliate PFAW Foundation’s leadership networks, Young People For and the Young Elected Officials Network, were out in full force to March for Our Lives.

PFAW joined with members in D.C. to march in solidarity with the students of Marjory Stoneman Douglas High School and demand commonsense gun reform. The Parkland, Florida students organized the March for Our Lives in the wake of the all-too-common tragedy they experienced when a former student with an AR-15 entered the school and killed 17 of their classmates, teachers, and coaches. Since the February 14 shooting, these students have been leaders for gun reform despite grappling with trauma and being viciously attacked and smeared by far-right activists. 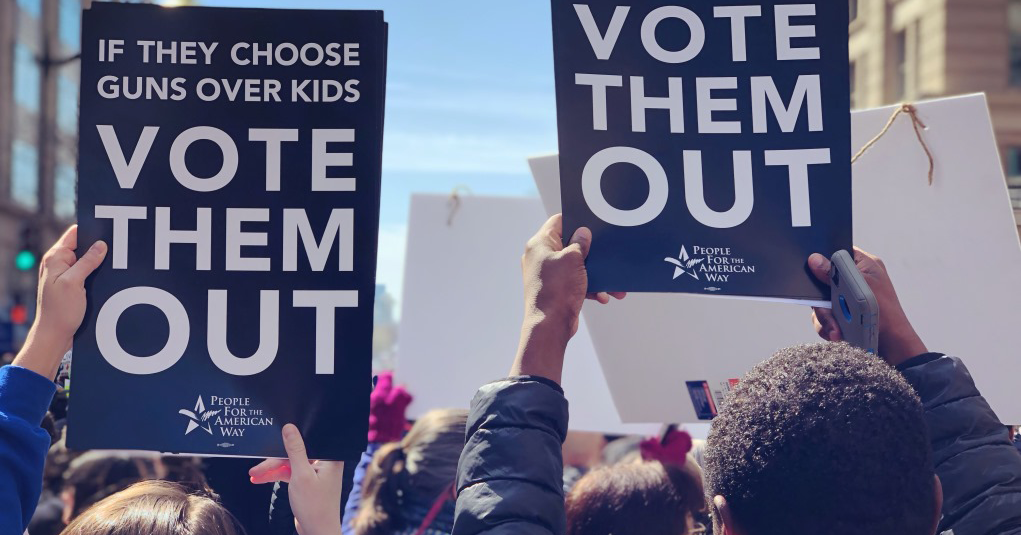 Young People For teamed up with NAACP Now in their work to organize over 1,000 young people to participate in the D.C. march, raising awareness about gun violence and how it affects all of our communities. #Enough 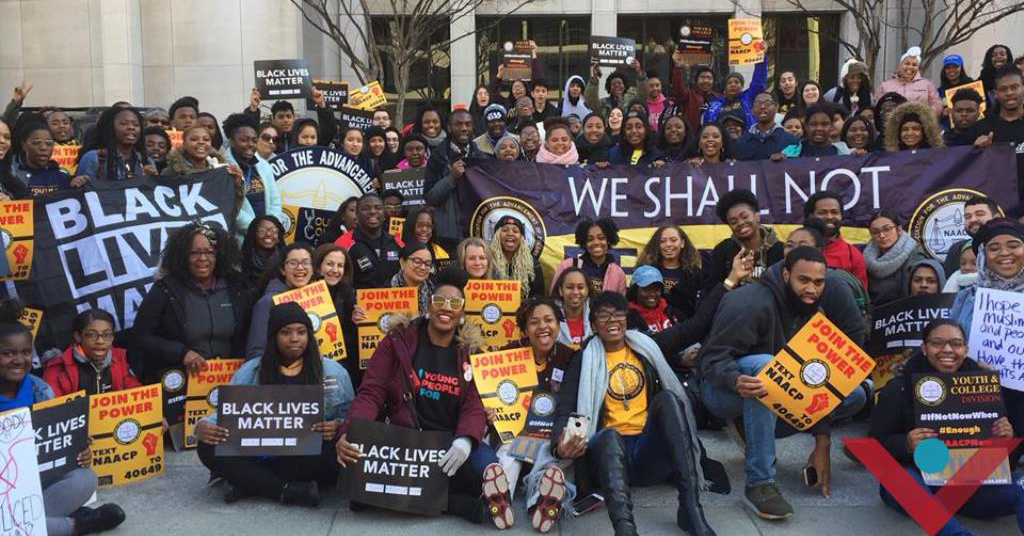 The Young Elected Officials Network marched for justice and gun reform in the New Orleans March for Our Lives. 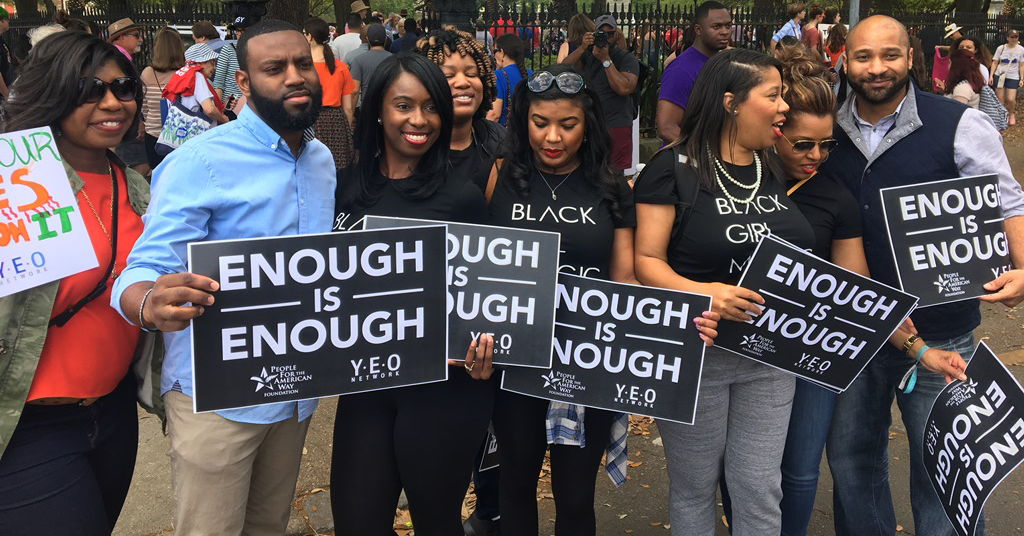 No matter what the NRA and the far Right says, an overwhelming majority of Americans support commonsense gun safety measures. A massive showing at the marches across the country—and even around the world—made clear that we’re not backing down. We won’t stop until students no longer have to fear to go to school and all communities can be free of rampant gun violence.

PFAW is proud to be uplifting the leadership of these young advocates and marching with them for urgently-needed reforms. 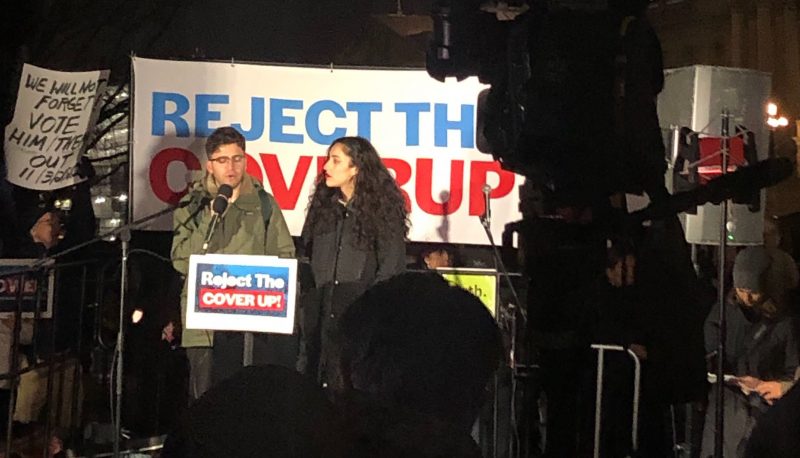