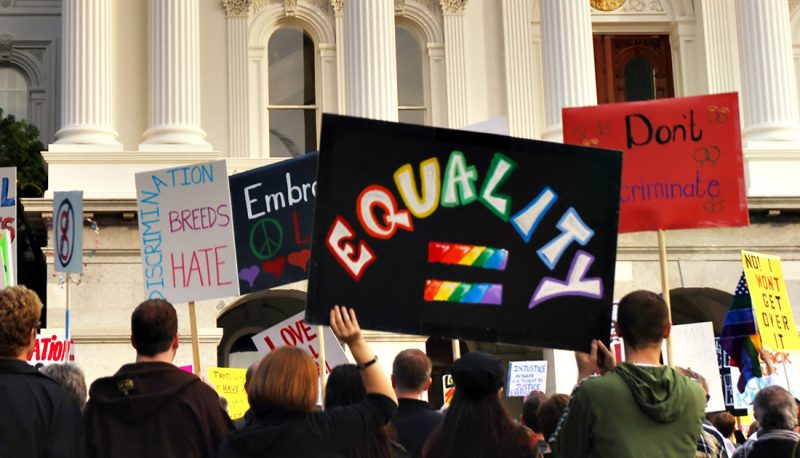 People For the American Way is strongly opposed to Ryan Bounds’ nomination to a seat on the U.S. Court of Appeals for the Ninth Circuit. In addition to PFAW’s own letter of opposition, PFAW is among the LGBTQ and allied organizations who’ve written to the Senate Judiciary Committee urging opposition. Bounds has clearly and consistently expressed his animosity towards vulnerable communities, and that record leaves little doubt in our minds that he is incapable of administering fair and impartial justice towards LGBTQ people, people of color, and sexual assault advocates. The notion that such a nominee is moving forward—let alone that he may be confirmed—over the objection of home state senators Ron Wyden and Jeff Merkley is an affront not only to them but to the Senate as an institution. You can download the LGBTQ letter here.

We, the undersigned 32 national, state and local advocacy organizations representing the interests of lesbian, gay, bisexual and transgender (LGBT) people and everyone living with HIV, urge you to oppose the nomination of Ryan Bounds to the U.S. Circuit Court of Appeals for the Ninth Circuit. Mr. Bounds’ record leaves little doubt in our minds that he is incapable of administering fair and impartial justice towards LGBT people and other marginalized communities.

Mr. Bounds has clearly and consistently expressed his animosity towards vulnerable communities through a series of commentaries that he wrote while serving as the opinions editor for the Stanford Review. For example, in one piece, Mr. Bounds criticized students of color and LGBT students for being “overly-sensitive” in the face of discriminatory acts specifically targeting them. Following the vandalism of an on-campus statue celebrating “gay pride” (without explanation, Mr. Bounds places the term gay pride in quotes) by a group of athletes, Mr. Bounds expressed concern only about the rights of the athletes, without any recognition of the effect of this action on LGBT students. He went on to bemoan the university’s decision to provide financial support for the on-campus LGBT center as a result of the incident.1 Similarly, following the firing of a senior Latino administrator, Mr. Bounds disparaged the activism of the Latino students as leading to “rivers of tears, epithets, hunger strikes, negative press for the university, and the formation of presidential committees to examine the ‘systemic insensitivity’ toward Chicanos at Stanford…”

In another commentary that manifests his hostility towards people of color, Mr. Bounds claimed that the efforts of “strident racial factions” and “ethnic élites” like the Stanford Black Students Union to fight discrimination at the university amount to a form of irrationality that he referred to as “race-think.”2 This “insidious phenomenon,” Mr. Bounds argued, is driven by “paranoia” and “obviously delusional underpinnings”: namely, the belief in systemic discrimination. In the same breath as he bemoans the whole-scale demonization and persecution of white men, Mr. Bounds disparages the “deleterious…perception, embraced by Multiculturalistas who are not white males, of themselves as beset on all sides by hostile intrigues, cabals, and conspiracies.” Mr. Bounds claimed that the tactics of student affinity groups and anti-discrimination advocates aim to “squelch rational opposition” and “seem always to contribute more to restricting consciousness, aggravating intolerance, and pigeonholing cultural identities than many a Nazi bookburning.”

Mr. Bounds asserts that when “they [“multiculturalists”] divide up by race for their feel-good ethnic hoedowns, [they] engage in nearly all these [race-think] behaviors” which consist of the following assumptions by those who engage in “race-think”:

In still another commentary, Mr. Bounds wrote an article questioning whether campus officials should have the ability to address incidents of sexual assault when the evidence available might not be sufficient to support a criminal conviction (beyond a reasonable doubt). Betraying a troubling ignorance of the realities of rape cases and a dangerous disregard for the impact that unaddressed sexual assault has on a student’s wellbeing and educational opportunity, Mr. Bounds argues that allowing campus officials to respond to campus sexual assault in the absence of smoking-gun evidence is dangerous and irrational. Mr. Bounds’ commentary, which demands that the university’s priority be in preventing consequences for students “spuriously accused” of rape, is riddled with disparaging suggestions that false accusations of rape are rampant, and he dismisses the effect of stigma associated with reporting rape by suggesting that victims have nothing to lose under the existing system as long as they come forward with “truthful and balanced accounts.” Even putting aside the questionable merits of his substantive arguments, Mr. Bounds trivializes the work of sexual assault advocates by suggesting that they are more interested in advancing an agenda than actually addressing a serious problem.3

Mr. Bounds’ disturbing writings on these subjects not only shed light on his personal views, but also demonstrate a temperament and lack of judgment that renders him fundamentally unsuitable for a lifetime position of public trust on the federal bench. Mr. Bounds’ failure to disclose these writings to the Oregon bipartisan judicial commission also calls into question his candor and willingness to adhere to the rule of law even when it leads to results with which he is personally uncomfortable.

In an attempt to sidestep the highly troubling nature of these writings, Mr. Bounds’ supporters will undoubtedly try to diminish their significance by arguing that a nominee’s college writings should not be grounds to oppose his confirmation. In fact, Mr. Bounds does not deny that these writings reflected views that he held, but rather asks that they be excused because they were written more than 20 years ago. Indeed, Mr. Bounds has recently attempted to distance himself by apologizing for them to a diversity committee from which he was forced to resign following the revelation of these writings (Mr. Bounds apologized, but still reminded the committee it was a “quarter-century ago.”)4

First of all, we note that Chairman Grassley himself has opposed prior judicial nominees based on their college writings.5 Notably, these views were not merely expressed in casual dorm-room conversation. Rather, Mr. Bounds used his platform as the opinions editor at one of the country’s most prestigious universities to advance these disparaging views about LGBT people, people of color, and sexual assault advocates. More importantly, however, it is far from clear that Mr. Bounds’ views on these issues have, in fact, changed in any material way. Mr. Bounds has been a member of the Portland Lawyers’ Chapter of the Federalist Society for over 18 years and is currently their vice president. In any case, there is nothing in Mr. Bounds’ record to corroborate any attempted disavowal of these previously-expressed views. Consequently, any attempt to dismiss these writings as merely some youthful transgressions is disingenuous at best.

Lastly, and due in large part to the concerns set forth above, Mr. Bounds has no support from either of his home state senators. Oregon Senators Wyden and Merkley have both opposed his nomination. Under the long-standing traditions of the Senate, a nominee that lacks any support from either home state Senator would not even be granted a committee hearing, let alone a vote. In fact, we are aware of no case in our nation’s history where a nominee was confirmed over the objections of a both home state senators.

The double-standard now in effect in the Senate is as shameless as it is shameful. In a 2015 op-ed, Chairman Grassley expressed his gratitude to Sen. Patrick Leahy who steadfastly honored the tradition during his tenure. Mr. Grassley stated, “I appreciate the value of the blue-slip process and also intend to honor it.”6 By moving ahead with Mr. Bounds’ nomination, the Senate Judiciary Committee disrespects not only the individual Senators whose concerns are being overridden, but also undermines the credibility of the Senate as an institution. The Senate’s constitutional duty to provide meaningful advice and consent is being cast aside in favor of a highly partisan effort to pack the courts with nominees whose records are replete with disturbing and disqualifying information (when the nominees even deign to disclose such information at all). Unless the Senate changes course, the credibility of all three branches of government will suffer grave and potentially irreparable harm.

For the foregoing reasons, we urge you to reject the nomination of Ryan Bounds to the U.S. Court of Appeals for the Ninth Circuit.

Thank you for considering our views on this important issue. Please do not hesitate to reach out if we can provide additional information throughout the confirmation process. You can reach us through Sharon McGowan, Director of Strategy for Lambda Legal, at [email protected]. 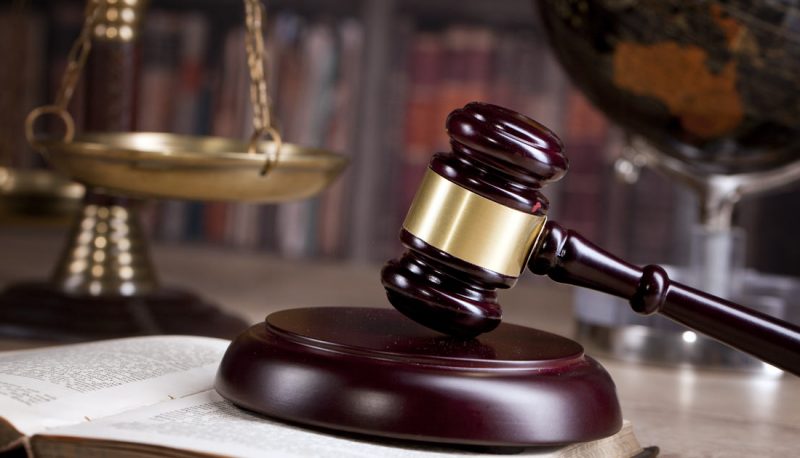