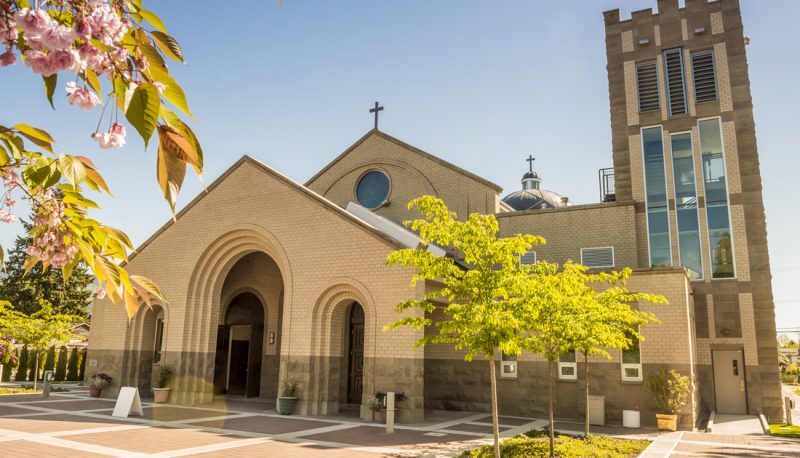 The same day that President Trump gathered Religious Right leaders and their conservative Catholic allies to celebrate his executive order telling the IRS not to enforce legal restrictions on overt politicking by churches—the so-called Johnson Amendment—the House Committee on Oversight and Government Reform scheduled a hearing meant to build support for a legislative repeal of those restrictions. Reps. Jody Hice and Steve Scalise have introduced such a bill, which they call the “Free Speech Fairness Act.”

Part of the deal that candidate Trump offered Religious Right leaders was that if they made him president, he would make conservative Christians more powerful by letting them turn their churches into political machines. Today’s executive order is part of his payback for their help putting him into the White House; signing a complete legislative repeal would be the next step.

The one non-right-wing person invited to testify at today’s hearing was Rabbi David Saperstein, a longtime People For the American Way board member who served during the Obama administration as U.S. Ambassador for International Religious Freedom. Rabbi Saperstein provided a needed dose of reality and truth-telling.

Saperstein’s testimony gently chided Trump for telling Religious Right leaders that with the Johnson Amendment in place, “You don’t have any religious freedom, if you think about it.” Saperstein was being gracious and generous in calling Trump’s ridiculous rhetoric “a bit of an exaggeration in light of the restrictions on religious worship, attacks on houses of worship, blasphemy laws, ethnic cleansing and genocidal actions from non-state actors faced by billions across the globe.” Such rhetoric, said Saperstein, “diminishes the vastness of the struggle for religious freedom in too many countries.”

…we will see a massive diversion of campaign funding to houses of worship, which will become slush funds for local, state, and national campaigns.  And since churches do not report who their donors are, funneling campaign donations through houses of worship would greatly reduce transparency in election campaigns, thus becoming conduits for dark money and undermining sensible campaign finance rules.

Lifting the 501(c)(3) partisan politicking restrictions are not just bad legal policy and bad public policy, but bad religious policy as well.  I urge the committee to maintain the Johnson Amendment that has served so well to protect our nonprofits and houses of worship from being turned into campaign slush funds and dividing their members along partisan political lines.

One conservative witness was Catherine Engelbrecht, founder of the voter-suppression-supporting nonprofit True the Vote. She claimed that the IRS and other agencies have been harassing her ever since she filed for tax-exempt status for the group, an experience she calls “a clear example of how the Johnson Amendment is purposely used to silence opposition.” Among Engelbrecht’s head-scratching claims is that “non-profits across this country are fast becoming an endangered species” because people are “scared of their government” and “fearful of organizing.” Really?

Family Research Council President Tony Perkins also testified, making the straw-man argument that the Johnson Amendment forcing churches and nonprofits to choose between their tax-exempt status and their political speech “relegates the church to a servant of the state.” Imagine, he says, if Dr. King or abolitionists had been muzzled by the IRS? As Saperstein made clear, and as the flood of Religious Right political work on a wide range of issues makes clear, the narrow restriction on electoral politicking does not remotely muzzle the ability of churches left or right to speak to the moral issues of the day. The massive work done by conservative religious leaders on Trump’s behalf exposes the idiocy of these claims.

Alliance Defending Freedom legal counsel Christiana Holcomb’s testimony was similar. She made the same non-credible claim that when the Johnson Amendment was signed in 1954, “the Church’s voice was silenced.” Where has Holcomb been living these past few decades? ADF has undermined its own claims over the past decade by encouraging pastors to openly violate IRS rules by telling their parishioners how to vote; there has been no resulting wave of political repression. But ADF claims that the Johnson Amendment has done “incalculable damage to the constitutional rights of America’s churches to speak and teach their faith freely.” Let’s hope Holcomb listens to Saperstein’s testimony about what real religious oppression looks like, much of it being carried out by the Religious Right’s global culture war allies.