March 7, 2012 marked the 47th anniversary of the “Bloody Sunday” when voting rights marchers were beaten in their attempt to cross the Edmund Pettus Bridge in Selma, Alabama.

NAACP President Ben Jealous joined activists from then and now in marking the occasion with another march, saying protest is just as necessary now as it was then.

"We need people to understand that not only is history not very distant, but we stand on the precipice of repeating it," Jealous said.

The NAACP leader said strict voter ID laws that won’t allow people to vote without a driver’s license or passport are unnecessary and will make it difficult — and in some cases impossible — for 5 million people to vote.

"We need to make sure that the principle of one person, one vote, is respected," he said.

Last fall’s The Right to Vote under Attack: The Campaign to Keep Millions of Americans from the Ballot Box, a Right Wing Watch: In Focus report by PFAW Foundation, details how the fights of 50 years ago are being resurrected today. Indeed we’ve seen the strict laws that Jealous mentions pushed in states including Virginia, Michigan, Minnesota, Wisconsin, New Hampshire, Pennsylvania, and Texas, among others, along with the rise of the American Legislative Exchange Council.

Even if Republican lawmakers aren’t personally acquainted with people who don’t carry ID, they exist. And provided they are legally registered to vote, they should be allowed to cast their ballots — without encumbrances manufactured by the state.

Ari Berman wrote in Rolling Stone about what he believes are the political motivations and consequences.

Since the 2010 election, Republicans have waged an unprecedented war on voting, with the unspoken but unmistakable goal of preventing millions of mostly Democratic voters, including students, minorities, immigrants, ex-convicts and the elderly, from casting ballots in 2012. More than a dozen states, from Texas to Wisconsin and Florida, have passed laws designed to impede voters at every step of the electoral process, whether by requiring birth certificates to register to vote, restricting voter registration drives, curtailing early voting, requiring government-issued IDs to cast a ballot, or disenfranchising ex-felons.

Within days, the crucial battlegrounds of Pennsylvania and Virginia will become the latest GOP states to pass legislation erecting new barriers to voting. If, as expected, the new laws lead to fewer Democrats casting ballots in November, both states could favor Republicans, possibly shifting the balance of power in Congress and denying Barack Obama a second term.

Republicans have long tried to drive Democratic voters away from the polls. "I don’t want everybody to vote," the influential conservative activist Paul Weyrich told a gathering of evangelical leaders in 1980. "As a matter of fact, our leverage in the elections quite candidly goes up as the voting populace goes down." But since the 2010 election, thanks to a conservative advocacy group founded by Weyrich, the GOP’s effort to disrupt voting rights has been more widespread and effective than ever. In a systematic campaign orchestrated by the American Legislative Exchange Council – and funded in part by David and Charles Koch, the billionaire brothers who bankrolled the Tea Party – 38 states introduced legislation this year designed to impede voters at every step of the electoral process.

Rock the Vote is one of several dozen organizations, from civil rights groups to Latino, labor and women’s groups, that have launched a multipart campaign to push back against new registration rules for voters that have been enacted in many states. The fight over voter access has triggered state-level lobbying, ballot initiatives and lawsuits, and the issue will likely land before the Supreme Court.

Voting rights activists are responding to a wave of state laws enacted after the 2010 elections, which ushered in GOP majorities in more than two dozen state legislatures. Voting rights advocates have struggled to gain traction amid public indifference and more visible collective bargaining fights, but they are starting to win attention at the Justice Department and on Capitol Hill.

However voter ID is resolved, it’s clear that it’s an issue of national concern, not one isolated to a few states.

Or even international. Jealous and the NAACP have put the issue before the United Nations Human Rights Council. Click here to read their report, Defending Democracy: Confronting Modern Barriers to Voting Rights in America. 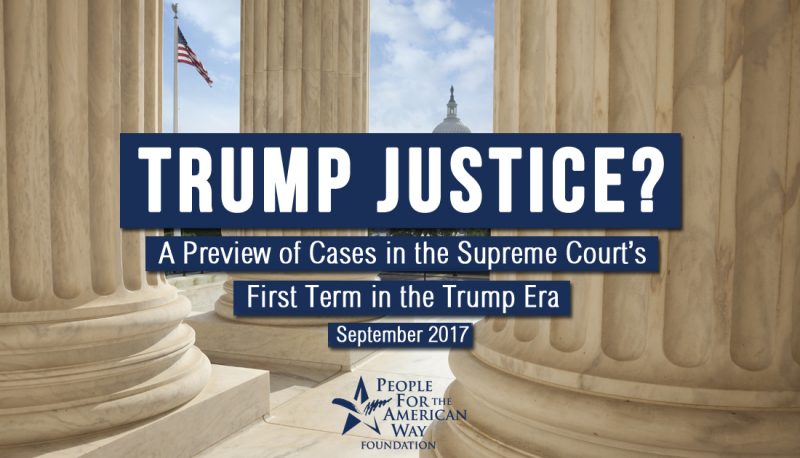