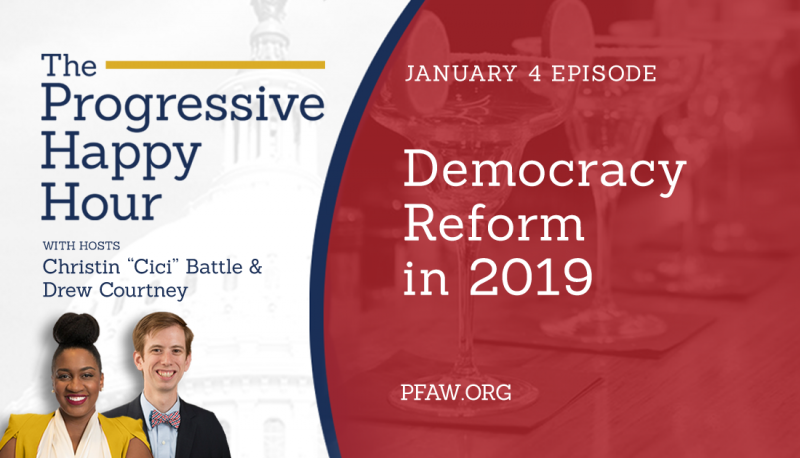 The historic 116th Congress convened this week, and House Democrats, emboldened by their new majority, are prepared to fight for reforms that strengthen our democracy with H.R. 1, their first bill of the new session.

In the January 4 episode of “The Progressive Happy Hour,” cohost Drew Courtney and guest host Diallo Brooks talk to People For the American Way Executive Vice President Marge Baker to discuss the evolution of corporate money in politics and how H.R. 1 proposes to address the serious problems that unbridled campaign spending has created.

Marge explained that two Supreme Court decisions, Citizens United v. Federal Election Commission (FEC) and McCutcheon v. FEC, paved the way for unregulated money in politics. “Those two decisions totally undermined a campaign finance structure that had been there to protect us all from the influence of big money.” she shared. “But it’s moneyed interests that created the climate … that teed up those cases and helped influence who sits on the court(s) … and leaves campaign finance regulation … in tatters.”

In addition to provisions to rein in big money in politics, two other key components of the bill propose to strengthen ethics laws for federal officials and protect voters’ rights. Marge explained that these problems are not discrete from one another; rather, they work in tandem with each other to chip away at democracy. Thus, H.R. 1 is intentionally expansive in nature, and proposes comprehensive solutions to restore the democratic process. “[When] individuals are prevented from getting to the polls, their voices [are] overshadowed by all this big money that’s being thrown into elections to try to influence the vote … When these favored politicians get elected, there’s all this corrupt behavior to use the power of their office for their own benefit or the benefit of their backers,” she noted. “H.R. 1 is an educational tool, it’s a road map, and it’s a way to hold people accountable.”

Marge urged activists to contact their representatives to urge them to support H.R. 1. Listeners can also learn more about upcoming days of action and other events at the Declaration for American Democracy website. 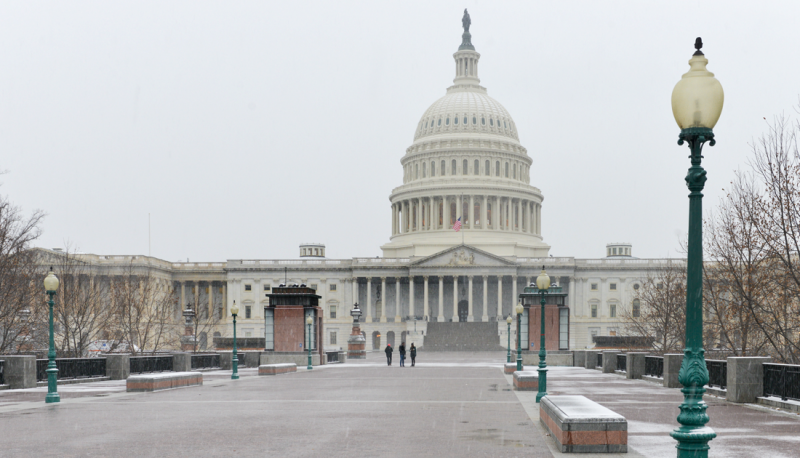