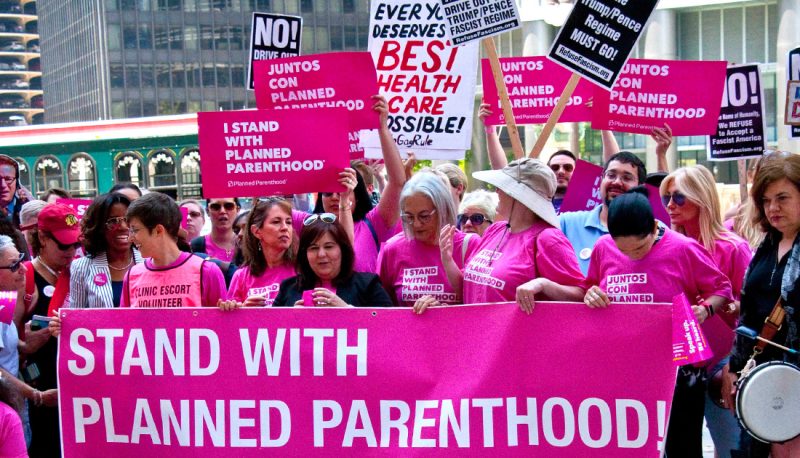 Protesters in Chicago stand up against Trump's imposition of the gag rule on women's healthcare providers. (Photo by Charles Edward Miller, Flickr)

Two 4th Circuit Trump judges, Julius Richardson and Allison Rushing, ruled in July that, despite a district court’s preliminary injunction striking it down, the Trump administration’s dangerous domestic gag rule that forbids federally-funded health clinics from discussing abortion with their patients can go into effect in Baltimore while the injunction is appealed. Two 9th Circuit Trump judges similarly voted in July to keep the gag rule in effect in a California case pending appeal despite lower court orders against it. The 4th Circuit case is Mayor & City Council of Baltimore v. Azar.

In March 2019, the Trump administration released the new rule, which limits health care access for the millions of Americans who are served by Title X, who are disproportionately low-income, people of color, immigrants, LGBTQ+ people, people living with disabilities or who face other barriers to care. State and local governments and many others brought lawsuits challenging the rule around the country, including the city of Baltimore. The city explained that its health department operates community health clinics and school-based health centers that served more than 4,600 Title X clients in 2017, mostly women with incomes “below the poverty line.” It contended in the lawsuit that the new Title X regulations would force it to either withdraw from the program or abandon its effective ”patient-centered” strategy for health care delivery that, for example, has helped it reduce teen pregnancy by 55 percent over the last 10 years.

Judge Richard Bennett, nominated to the federal district court in Maryland by President George W. Bush, granted a preliminary injunction against the gag rule, finding that it “likely” violates provisions of the Affordable Care Act and Title X itself. The court also found that the rule would cause “irreparable harm” by forcing Baltimore either to require doctors to “engage in the unethical practice of medicine” and abandon its “patient-centered” strategy, “thus endangering the lives” of patients, or to withdraw from the program altogether and threaten the “continued existence” of city clinics. The district court also denied the government’s motion to stay the injunction and allow the gag rule to go into effect pending appeal.

By a 2-1 vote, however, Judges Richardson and Rushing stayed the lower court decision and allowed the gag rule to go into effect in Baltimore pending appeal. The majority provided no explanation for its action, simply granting the government’s motion for a stay without any opinion. In a strong dissent, Judge Stephanie Thacker explained that the government had failed to meet its “high burden” to suspend the injunction. She explained that the gag rule “likely violated” both the ACA and Title X as explained by the lower court. More importantly, she wrote, the balance of hardships clearly favored the city. The government’s “alleged harm” from suspending the rule, she explained, was its “purported inconvenience and nuisance of not knowing” when and if the rule will take effect. This “pales in comparison,” she went on, to the harm that the rule will cause to the city’s “longstanding and renowned health care system” and its patients. Thacker concluded that the public also has a “strong interest in maintaining a check on executive agency overreach. Just ask the Founding Fathers.”

Just like fellow Trump appointees on the Ninth Circuit, however, Judges Richardson and Rushing voted reflexively to put into effect the harmful gag rule mandated by the president who appointed them, paying scant attention to the serious damage it will cause to people in Maryland who rely on Title X for health care while the case is on appeal. And these Trump judges appear even less concerned with the problem of “executive agency overreach” under the Trump administration. 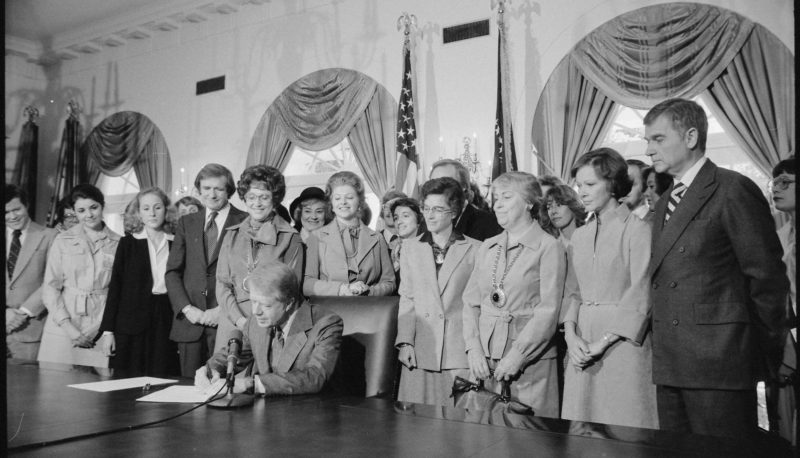