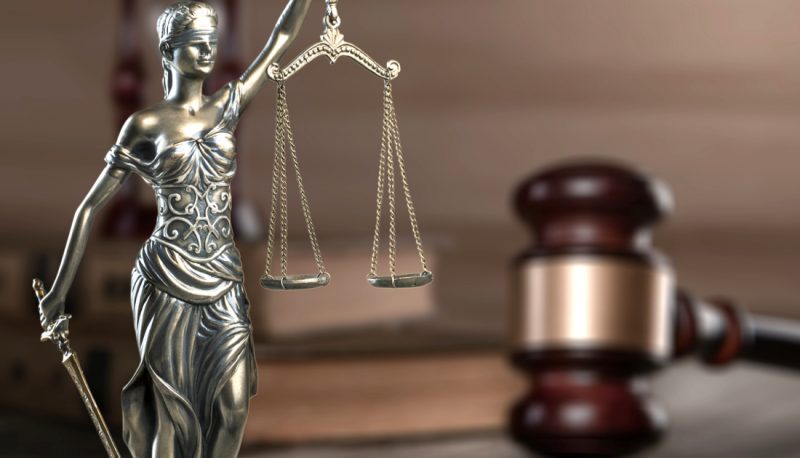 Trump judge David Stras wrote a 6-5 November decision for the full 8th Circuit court of appeals in Calzone v. Summers that reversed a prior decision in which he had dissented and partly struck down a Missouri lobbyist registration and disclosure law, endangering other such disclosure requirements. The three other Trump judges on the 8th Circuit – Ralph Erickson, Steven Grasz, and Jonathan Kobes – provided deciding votes in favor of Stras’ opinion. The five dissenters included four Republican appointees, of which three were conservative appointees by George W. Bush, one of whom (Steven Collotton) is on Trump’s Supreme Court shortlist.

Ronald Calzone runs Missouri First, which has been described as a “far-right lobbying firm” that tries to persuade state legislators to cut taxes, “reject the separation of church and state , and recognize America’s ‘Christian and Constitutional heritage.’” Because Calzone is not paid for his extensive lobbying efforts, he challenged the state’s lobbying registration and disclosure law as applied to him. As reported in an earlier blog entry, George W. Bush appointees Collotton and Bobby Shepherd ruled against Calzone, explaining that the state had a strong interest in disclosure of who is “pressuring and attempting to influence legislators,” even if a lobbyist is unpaid. Stras, however, dissented.

The full 8th Circuit agreed to rehear the case, and Stras wrote a 6-5 decision that reversed the prior ruling and struck down the Missouri law as applied to Calzone. Crucial to the 6-5 decision was the determination to narrow the challenge to the facts that Calzone was not only unpaid but also did not spend money on his lobbying. At least under those circumstances, Stras wrote, the public’s “right to know who is speaking so that it can hold legislators accountable” for their votes and actions is not “sufficiently important” to justify the “burdens” on Calzone of filling out paperwork and giving up his anonymity.

Even as applied to unpaid lobbyists who spend no money, Stras’ decision is very troubling. As Mark Joseph Stern has written, it gives lobbyists the right to “influence lawmakers in secret so long as they don’t spend or receive money “and dismisses “out of hand” the interest of state residents in “learning about Calzone’s advocacy on behalf of states’ rights, tax cuts, and Christian governance.”

Judges Collotton and Shepherd, however, had other significant criticism of the majority’s opinion, joined by three other judges. Despite Stras’ claim to the contrary, they demonstrated that until the oral argument before the three-judge panel, Calzone had limited his claim to the argument that the law was unconstitutional as applied to him only because he was not paid, not because he did not spend money. It was improper, the dissenters explained, for the full court majority to “search the record for facts that may support what it believes to be a better claim,” and then to issue a “broad, categorical decision on a constitutional question of first impression without the thorough development that ordinarily precedes such an action” through a decision by a district court and a 3-judge panel.

Contrary to the majority, the dissenters explained that Missouri had a strong interest in transparency, including “knowing who is attempting to influence legislators, legislation, or public policy,” a concern that the Supreme Court and the 8th Circuit had previously recognized as a “vital national interest” despite Stras’ attempt to dismiss it. The registration burdens are “minimal,” the dissenters explained, and “take little time, effort and money.” Calzone’s anonymity interest is “similarly frail,” since he could have decided to speak to legislators anonymously but instead “appears openly” before legislators to try to “influence their votes,” and “never even mentions an interest in anonymity in his appellate briefs.”

Stras’ decision for the full 8th Circuit does much more than allow Ronald Calzone to lobby without registration and disclosure. As Mark Joseph Stern has explained, it “carves a loophole” in Missouri and other similar state laws that “may prove easy to exploit” for people who work for “well-funded” lobbying groups and “volunteer” to lobby on their own behalf. It also creates a “robust right to anonymous lobbying” despite past precedent, and expresses “overt skepticism of any disclosure requirements” that threatens other disclosure laws. It is clear that Trump’s four appointees to the 8th Circuit have “pushed it to a new extreme” and are “forging ahead with the conservative legal revolution” and trying to “enshrine Clarence Thomas’ antipathy to disclosure requirements into law.”