This Thursday the Senate is expected to hold a hearing on Andy Puzder’s nomination to lead the Department of Labor. In addition to his regressive views on workers’ rights in general, Puzder has demonstrated a blatant disregard for the rights, wellbeing, and autonomy of women.

PFAW senior adviser Dawn Huckelbridge has a piece in Cosmopolitan today laying out why Puzder’s confirmation as labor secretary would be an affront to women everywhere. Huckelbridge writes:

Puzder — who would be the official charged with promoting the welfare and rights of workers, including a women’s bureau — has made clear not only his opposition to workers’ rights, but his contempt for women. As the CEO of CKE Restaurants, the group owning Carl’s Jr. and Hardee’s, Andy Puzder has been famous for some of the most tawdry and objectifying commercials ever made, mostly featuring actresses seductively eating burgers in bikinis (what Puzder says is a “take on my personality”). In a public statement, he helpfully elaborated, “We believe in putting hot models in our commercials, because ugly ones don’t sell burgers.” Puzder often makes suggestive references to his target market of “young, hungry guys.”

And those are just some of the things he says. It gets more troubling when you look at the things he actually does. Women make up two-thirds of the fast-food workforce, where they often make minimum wage and face sexual harassment. But in Puzder’s companies, the situation is even worse: 66 percent of female CKE workers surveyed reported sexual harassment on the job, in comparison with 40 percent in the fast-food industry more broadly. Many fast-food workers are mothers raising families — and many of them are forced to rely on food stamps to feed their children because their wages are so insufficient. CKE has faced class-action lawsuits for underpaying and denying overtime to workers. In fact, since Puzder became CEO of CKE, according to one investigation, “Carl’s Jr. and Hardees have been sued for employment discrimination under federal law more than any other major burger chain.”

You can read the full op-ed here. 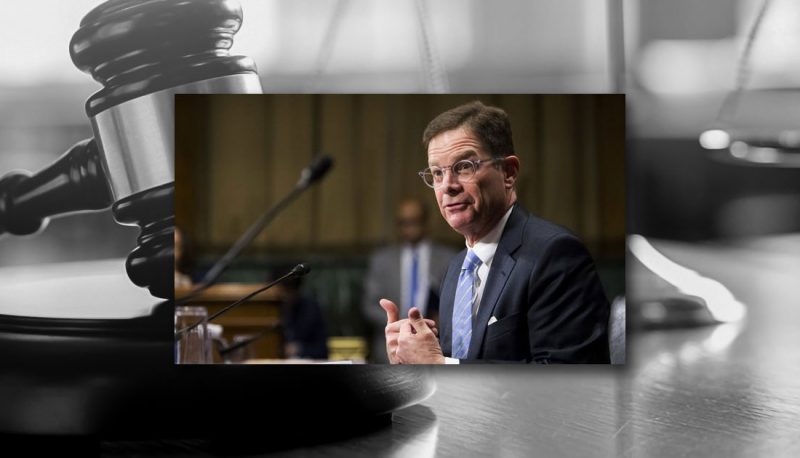