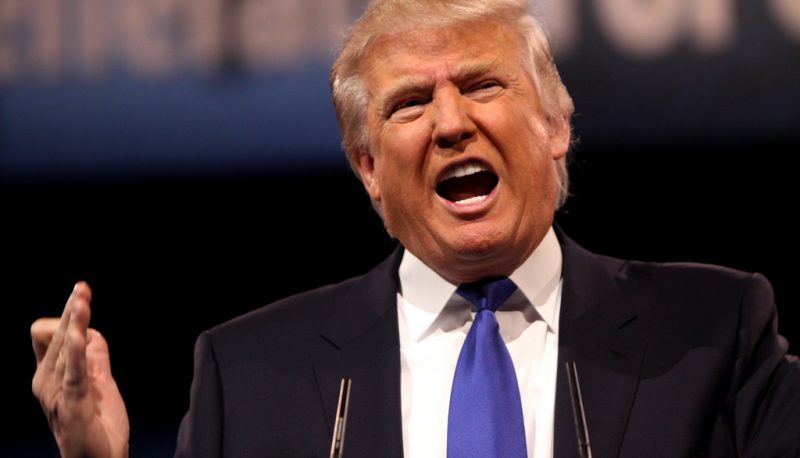 With the midterm elections looming and a congressional lame duck session almost here, public discussion is already turning to potential policy priorities for the 116th Congress. People For the American Way and allied organizations believe that a top priority on day one in January must be to obtain and release publicly President Trump’s tax returns. Eliminating corruption and conflicts of interest and restoring faith in American government demand nothing less. You can download our letter here.

We, the undersigned organizations, urge you to make obtaining and publicly releasing President Trump’s tax returns, and those of his more than 500 business entities, a top priority on day one of the 116th Congress.

The urgency in seeing President Trump’s tax returns dates back to his days as a candidate for office, when he broke decades of precedent and his own repeated promises by not making them public. But the new concerns raised by the October 2, 2018 New York Times investigation detailing the president’s use of “dubious tax schemes… including instances of outright fraud” in order to reduce his family’s tax obligations over decades once again underscore the need for transparency.

Coupled with persistent and unanswered questions about his financial entanglements with foreign institutions and governments, President Trump’s refusal to release his tax returns, in stark contrast to every president over the last four decades, suggests there is much the American people could learn—and that there is much President Trump is trying to hide.

Fortunately, Congress is not relegated powerlessly to the sidelines on this issue. Under 26 U.S. Code § 6103(f), the House Ways and Means Committee and the Senate Finance Committee each have the authority to obtain tax returns upon request and “to inspect returns and return information at such time and in such manner” as they determine. Such authority was used by the House majority as recently as 2014. We urge Democrats, should they take control of either the House or Senate, to exercise this authority on behalf of the American people as part of Congress’s constitutional oversight responsibility.

Public disclosure of the president’s tax returns clearly serves the public interest. First and foremost, the American people could see more clearly just how much President Trump is personally benefiting from the Tax Cuts and Jobs Act, the tax law that he and his Republican allies in Congress rushed to a vote on a strictly partisan basis in 2017. We would also be better able to determine whether the president has been paying the taxes he owes, or whether he has flouted the law or pushed the legal boundaries—in other words, whether he has continued the kind of tax dodging exposed by the Times.

Americans also have a right to know the extent to which their chief executive maintains foreign bank accounts or has paid taxes to foreign governments—questions that could be answered through disclosure of the president’s complete tax returns. By refusing to release his tax returns, President Trump has effectively denied the public the opportunity to understand whether his personal finances present conflicts of interest or otherwise affect his decision-making as president.

Furthermore, disclosure of the president’s tax returns would allow the public to better understand the Trump Organization’s finances to assess potential or actual conflicts of interest. The Trump Organization, which is made up of 500 separate business entities, is set up so that tracing and accounting for the flow of money through the company is virtually impossible from the outside. Given past statements made by President Trump and members of his family, as well as media reports about potentially illegal activity related to the operations of one or more of his properties, this opacity calls into question whether the president is intentionally seeking to conceal evidence of illegal activity in his business operations. Releasing his tax returns would help to answer these questions.

We are pleased Congressman Richard Neal and Senator Ron Wyden have indicated they would use their authority as chairmen of the House Ways and Means Committee and Senate Finance Committee, respectively, to obtain President Trump’s tax returns. We urge all members of Congress to support this effort on day one of the 116th Congress and expect the returns to be made public for the good of the American people soon after. Eliminating corruption and conflicts of interest among our highest elected officials and restoring the faith of the American people in our government—stated goals of the Democratic Party in this campaign and in the next Congress—demand nothing less.