One Year After the Citizens United v. FEC Decision 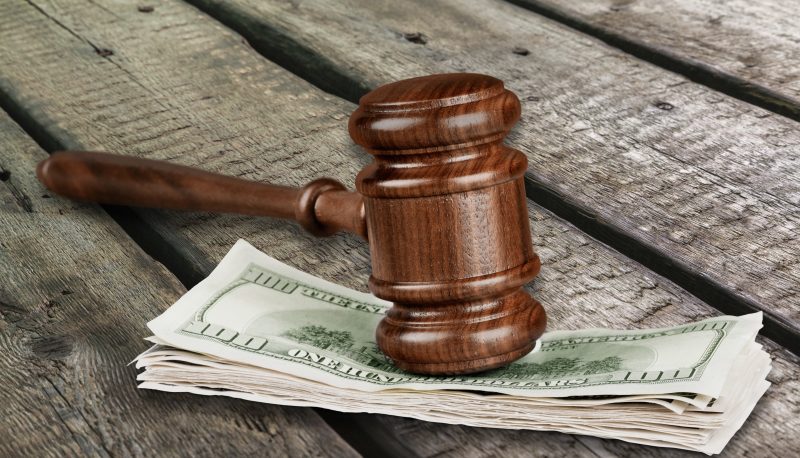 On January 21, 2010, the U.S. Supreme Court overturned precedent and defied the principle of judicial restraint in an opinion that has become a lightning rod in Washington, D.C. and beyond.  This Friday will be the one-year anniversary of that decision.

In light of the vast amount of undisclosed funds spent in the last election cycle, implications for the upcoming 2012 election contest, and a series of important legislative responses to the decision, we believe that an editorial discussing Citizens United, its effects, and possible remedies on the anniversary of the decision would be timely and relevant.

Citizens United v. FEC was the second major case in which the Supreme Court ruled against recently enacted campaign finance reform the first being FEC v. Wisconsin Right to Life.  The 2002 Bipartisan Campaign Reform Act (BCRA) sought to limit the influence of money on elections—and thus on candidates for office—through several means.  One of these was a restriction on issue ads, which had become a channel for uncapped “soft” money expenditures.  Under BCRA, only “hard” money, or direct candidate contributions, could be spent for “electioneering communications,” or any broadcast ad mentioning that candidate’s name 30 days before a primary or 60 days before a general election.

Another was a ban on the use of general treasury corporate funds or unrestricted union dues for electioneering communications, even independent expenditures (i.e., not coordinated with the candidate).  Under BCRA, if corporations and unions wanted to be politically active, they could set up a PAC.  The restrictions on such expenditures were not new to BCRA.  As far back as 1907, the Tillman Act prohibited corporations from funding federal candidates, and state restrictions similar to those in BCRA were upheld by the Supreme Court in its 1990 decision in Austin v. Michigan Chamber of Commerce.

In part because BCRA had been drafted with a close eye to judicial precedent, in its 2003 decision in McConnell v. FEC the Supreme Court upheld the law almost in its entirety, including the restrictions on electioneering communications and independent expenditures.  The Court had a voluminous record before it when it did so.

It wasn’t long, though, before the Court changed course. First, the Roberts Court, which now included John Roberts and Samuel Alito, significantly eroded the electioneering communications provision of BCRA in 2007 with its decision in FEC v. Wisconsin Right to Life.  The Court held that soft money (i.e., money not subject to contribution limits) could be spent on any ad at any time that could conceivably be framed as an issue ad—in essence, any ad that fell short of saying “vote for” or “vote against” a candidate.

Despite its significant implications, Wisconsin Right to Life flew relatively under the radar.  Perhaps this is why the Court felt comfortable asking the parties to what had been an as-applied challenge to BCRA to reargue the case as a constitutional question, on an issue that had not even been briefed below.

This time the Court’s opinion attracted far more attention.  Citizens United v. FECoverturned the BCRA’s restrictions prohibiting corporations from using general treasury funds to promote the election or defeat of a federal political candidate by means of independent expenditures.  Taken together with the 2007 decision, Citizens United re-opened the spigot of money pouring into elections, and with it the increased risk—and certainly increased perception—of corrupt, quid-pro-quo politics.

Citizens United resulted in additional, and predictable, changes to the electioneering landscape.  One was the creation of so-called “super-PACs,” political action committees that could spend unlimited amounts on the election or defeat of a candidate so long as they did not make any direct contributions to that candidate.  Another was the creation of shadow corporations, mostly non-profits organized under 501(c) of the tax code (including 501(c)(4) “social welfare” organizations and 501(c)(6) “trade associations”), which do not have to reveal the identity of their donors to the public.  While these organizations are technically limited in their political activity, the reality is that the overburdened IRS is unlikely to seek to fill the shoes of the FEC in closely regulating their activities.

Taken together with the recent Supreme Court rulings, these changes created a climate—both legally and psychologically—for wealthy, pro-corporate donors to spend a lot of money to get what they wanted in Washington in 2010.

The story of the 2010 election cycle is as much about what we don’t know as it is about what we know.  Open Secrets estimates the cost of the 2010 campaign (spending by candidates, the parties, and outside interest groups) to be 4 billion dollars, the second most expensive election cycle in U.S. history (the 2008 cycle tipped the scales at $5.3 billion).  For the first time in history, the political parties’ independent expenditures were outstripped by reported spending by non-party groups.  The Campaign Finance Institute found that non-party reportable independent spending and electioneering in this past cycle topped $280 million, whereas the parties spent only $181.6.  By way of comparison, in the 2008 cycle those numbers were $119.9 million and 225.2 million, respectively.  CFI also reports, as does Open Secrets, that non-party reportable independent expenditures supporting Republican candidates was more than twice as much as those supporting Democratic candidates.

But that was not the entire story, as CFI noted in October: “reportable independent spending and electioneering made up less than 30% of all estimated political spending by 527s and nonprofit groups in 2008.  When the full range of spending for 2010 is estimated 527s and nonprofits are likely to spend more than $560 million on the congressional elections of 2010, an increase of 40% over 2008.”  (Emphasis in original).

Because much of the spending in 2010 was made by groups not required to name their donors, and because of loose record keeping by radio and television stations meant to promote disclosure (as uncovered and reported by NPR), the actual amounts raised and spent in the first post-Citizens United election will remain a mystery.

We do know, however, who many of these groups were.  People for the American Way released a detailed report documenting the identity of many of these shadow organizations that played a significant role in the 2010 elections.  They included:

Nearly a year after the Citizens United decision, polls consistently show that the vast, bipartisan majority of the American public believes two things:  that the case was wrongly decided, and that it should be remedied legislatively, and, if necessary, through a constitutional amendment.

Condemnation of the Citizens United decision has been unequivocal from citizens spanning all backgrounds and political leanings.  In polls conducted by PFAW, Washington Post-ABC News, Quinnipiac University, Harvard and Columbia professors, the Progressive Change Campaign Committee, Pew, and many more, voters from both parties disapproved of the decision to extend individual First Amendment rights to corporations by significant margins.

As Donna Brazile observed recently in a column in Roll Call, the ruling affords entities that are legal fictions “formed solely with the purpose of amassing wealth and creating a profit” the same rights to participate in political debate as individual citizens, who may well hope to amass wealth but also strive to navigate having a family, staying healthy, growing old, avoiding pain and pursuing happiness.”

The near-universal condemnation of the decision is hardly surprising; far more disturbing is the failure thus far of Congress to respond with any action to ameliorate the impact of the decision.  There are several pieces of submitted and proposed legislation that could help shore up our democracy and restore the First Amendment to its originally understood meaning.  They should be passed, and soon.

The new Congress will have the opportunity to consider a number of laws that will increase transparency and limit the potential of money to corrupt the political process.  Most prominent among these in the short term is the Democracy is Strengthened by Casting Light on Spending in Elections (DISCLOSE) Act.  The failure of the Act—which would have, among other things, prevented the flow of money from undisclosed sources into the 2010 campaign—to pass in the last Congress says much about how the issue has been politicized.  As recently as 2000, Democrats and Republicans could at least agree that “shadow donors” have no role in the political process; all Democrats and 89 percent of Republicans in the Senate voted for disclosure requirements for so-called 527 political groups (many of which favored Democrats).  Somehow, by last year, all Republicans in the Senate seemed to change their minds, including the original sponsors of BCRA.

On the other side of the Hill, the public financing initiative Fair Elections Now Act passed out of committee for the first time in September.  This landmark bill would provide money to allow candidates to run a competitive campaign once they have attracted a certain amount of small-dollar local donations from their own communities.  More than 200 congressional members and candidates signaled their support for the bill, and polling indicates that the majority of Americans across all parties would support the bill in its current form.

Another legislative initiative that made some progress in the House in the last Congress and will be back on the agenda for the 112th is the Shareholder Protection Act.  This law would give shareholders of publicly traded companies the right to determine whether and how the general treasury funds—the shareholders’ money—is used for political activity.  It would also require companies to disclose these expenditures to the SEC, which is instructed to post the disclosures on its website.

Unfortunately, even if these bills are enacted, they will only blunt the impact of the Citizens United decision.  This is why a number of Senators (including Sen. Max Baucus (D-MT)) and Representatives (including Representative Donna Edwards (D-MD)) have proposed or cosponsored constitutional amendments designed to restore the First Amendment to its original intent.  The PFAW poll underscores that a majority of Americans favor this approach if it is necessary, and the breadth of the Supreme Court’s decision indicates that a constitutional response is necessary to overturn the decision.

It would not be the first time that the Constitution has been amended in response to a decision from the Supreme Court.  In fact, roughly a quarter of all constitutional amendments have been passed to remedy the Court’s rulings, including the 11th Amendment (restoring states’ sovereign immunity in the wake of Chisholm v. Georgia), the 13th and 14th Amendments (responding to the now-infamous Dred Scott decision), and the 19th Amendment (overturning the Court’s holding in U.S. v. Anthony that states could deny women the right to vote).  Many of these amendments clarified rights that were considered controversial in their day, such as the ability of the federal government to levy an income tax (granted by the 16th Amendment, overturning Pollock v. Farmers’ Loan and Trust Co.) and the ability of state and local governments to levy a poll tax as a way of limiting the participation of certain voters in elections (banned by the 24th Amendment).

The time for an editorial on Citizens United is ripe for many reasons—the approaching anniversary, the recently completed election cycle with its historic expenditures, and the new federal legislative session are just a few.  But an editorial on Citizens United is merited for reasons beyond mere timeliness.  Even today, polls show that far too few Americans—even those who know how they feel about corporations having the same political free speech rights as individuals—are familiar with the decision and its impact on the current political and electoral process.  The implication is that voters may not appreciate the extent to which the political ads they watch are being driven by private interest.  The result is politics at its most cynical, and an erosion of our democratic values.