Our Values: Defining the American Way

Adopted by the Board of Directors, June 2018

People For the American Way is grounded in the nation’s ideals of freedom, equality, opportunity and justice. We aspire to move the country closer to making these values a reality in the lives of all people by dismantling constitutional, legal, educational, economic, and cultural barriers to an equitable society. We champion values that we want America to reflect:

Freedom of speech, artistic expression, and dissent
We encourage public debate and resist censorship, while recognizing that no right, even the fundamental right of free speech, is absolute.

Equal opportunity, equity, and individual liberty
We uphold the principle that all Americans should be able to participate freely and fully in our civil, cultural, and economic life.

We strive to achieve equal and fair opportunity for all people and are committed to dismantling structural barriers to equity for women, people of color, religious and ethnic minorities, people with disabilities, LGBTQ people, immigrants and others who face discrimination and injustice. We believe that pursuing racial equity and justice and overcoming centuries of institutionalized prejudice is an urgent national task and moral responsibility.

Civic participation
The ideal of a representative democracy requires meaningful public participation in public discourse and elections. We champion measures that allow, encourage, and empower all Americans to engage in civic life, including non-violent protest to make government more responsive; and we resist efforts to restrict the right to vote, limit access to voting, or prevent every vote cast from being counted. We challenge misinterpretations of our Constitution and misuses of political power that undermine a healthy democracy by giving disproportionate influence to those with the most economic power.

Save Democracy. Defend the Black Vote. 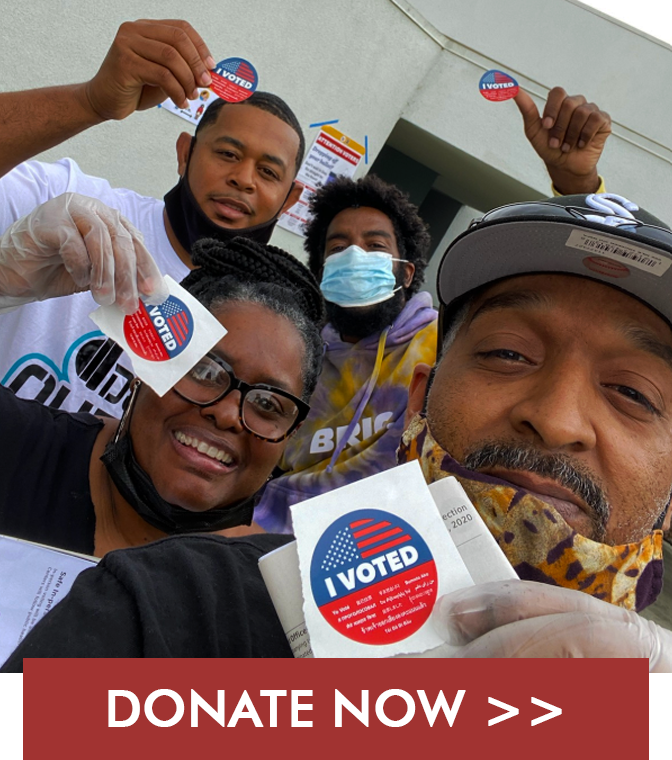 You can make the difference in protecting voting rights and promoting voter turnout in these important midterm elections.

We can drive massive voter mobilization when we come together to defend the Black vote! Support these efforts today.

You can make the difference in protecting voting rights and promoting voter turnout in these important midterm elections.

We can drive massive voter mobilization when we come together to defend the Black vote! Support these efforts today.