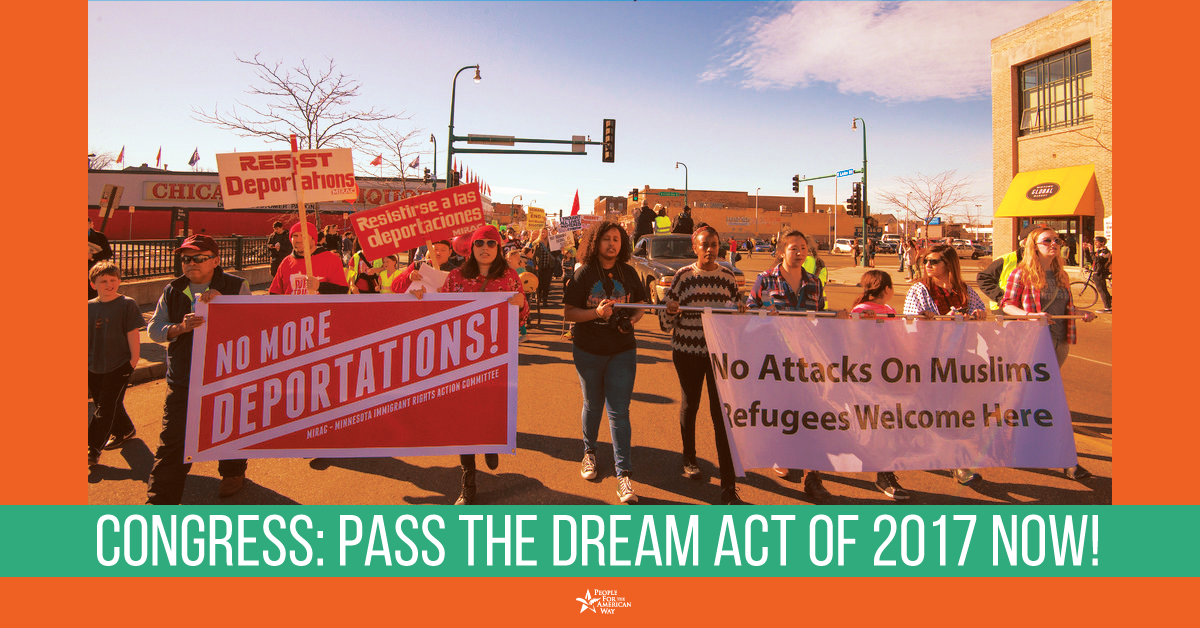 Donald Trump announced that he was ending the DACA program effective six months from now, upending the lives of 800,000 young people. In doing so he is stooping even lower to satisfy his anti-immigrant and nativist supporters by attacking kids, and he is feeding the bigotry of his base. Congress MUST stand against this devastating and immoral distruption to the lives of hundreds of thousands of immigrants by passing the DREAM Act of 2017 in the next six months. The DREAM Act provides a path to citizenship for DACA recipients and other young undocumented immigrants who graduate from US high schools and attend college, enter the workforce, or enlist in military programs. Tell your Members of Congress to support the DREAM Act of 2017 NOW!