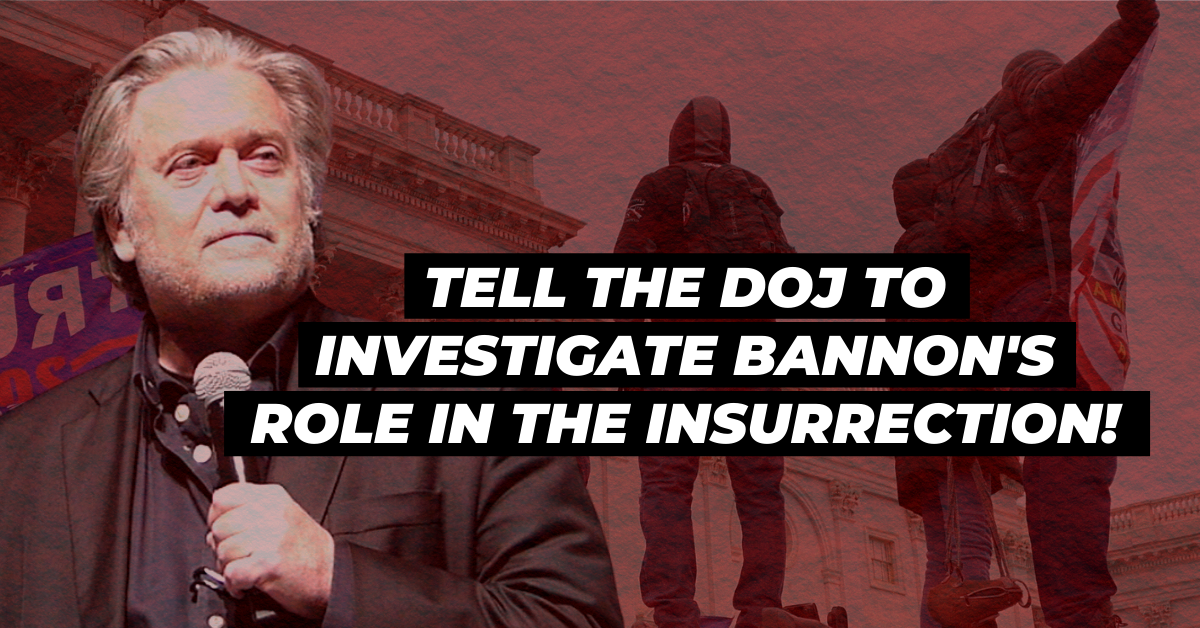 Bannon seemed to know that something was going to happen. The question, now, is how much he knew – and how deeply he was involved in both the incitement and execution of that attack. Urge the Department of Justice to investigate Steve Bannon’s involvement in instigating the January 6 insurrection!