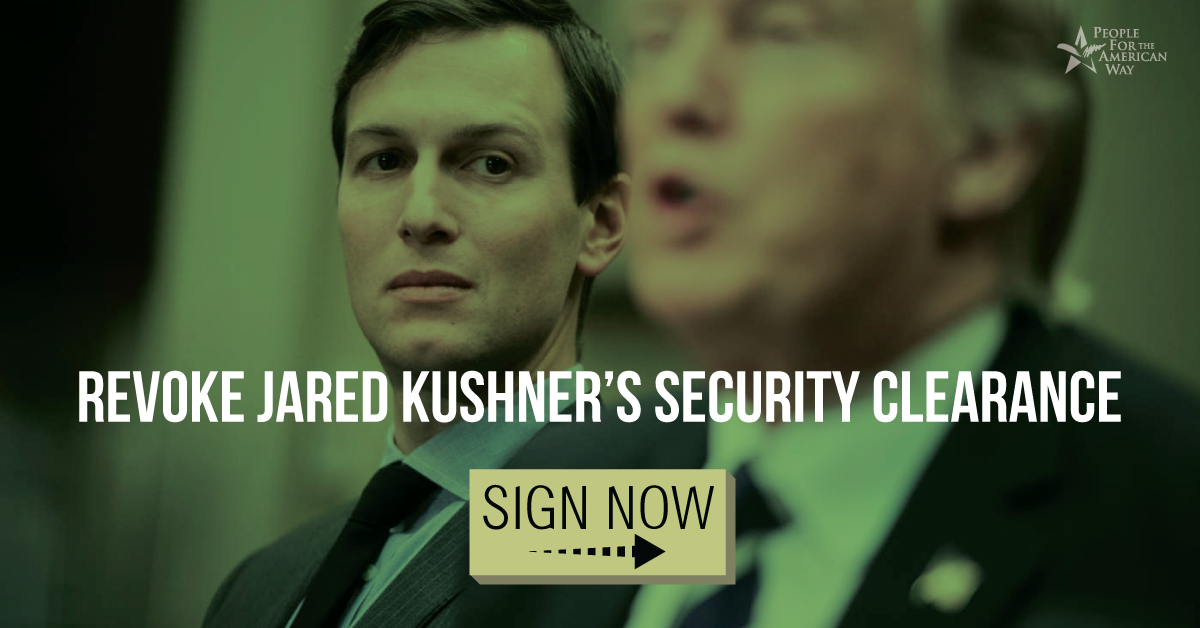 The news about the meeting between a Russian lawyer and Donald Trump, Jr., Paul Manafort, and Jared Kushner appears to be the smoking gun signaling that, at the very least, there was intent by the Trump campaign to collude with the Russian hacking of our election in 2016. While Don Jr.’s emails are beyond damning, only one of those three members of the Trump campaign who were in that meeting is currently a member of the Trump administration -- the president’s son-in-law Jared Kushner. And he must have his security clearance revoked immediately. A rapidly growing number of Democratic members of Congress are calling for Kushner’s security clearance to be suspended. Tell both Congress and the White House that Jared Kushner’s security clearance should be revoked without delay!