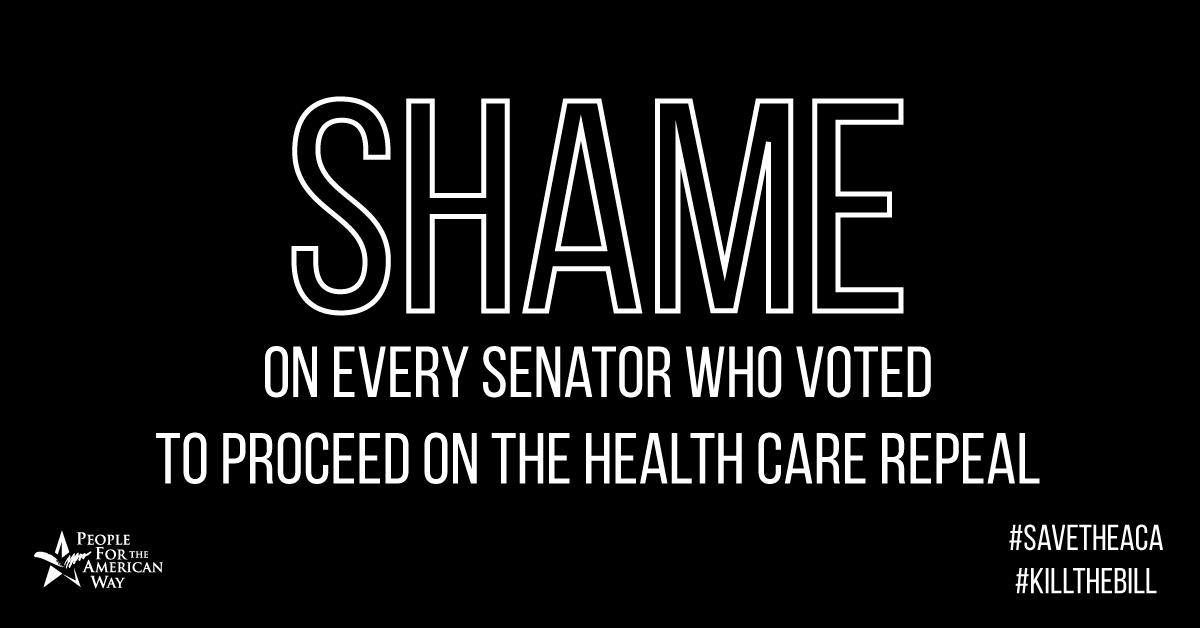 Republicans in the Senate just voted to open debate on the repeal of the Affordable Care Act. And they don't even know which version of this abhorrent bill they're voting on. Because of the tenacity of Mitch McConnell and the cowardice of a handful of Republican senators, Trumpcare lives. And millions of Americans are left wondering if the health care they depend on will be there next year. Tell the Senate Republicans: SHAME on you for voting to move forward on debate to repeal to Affordable Care Act.