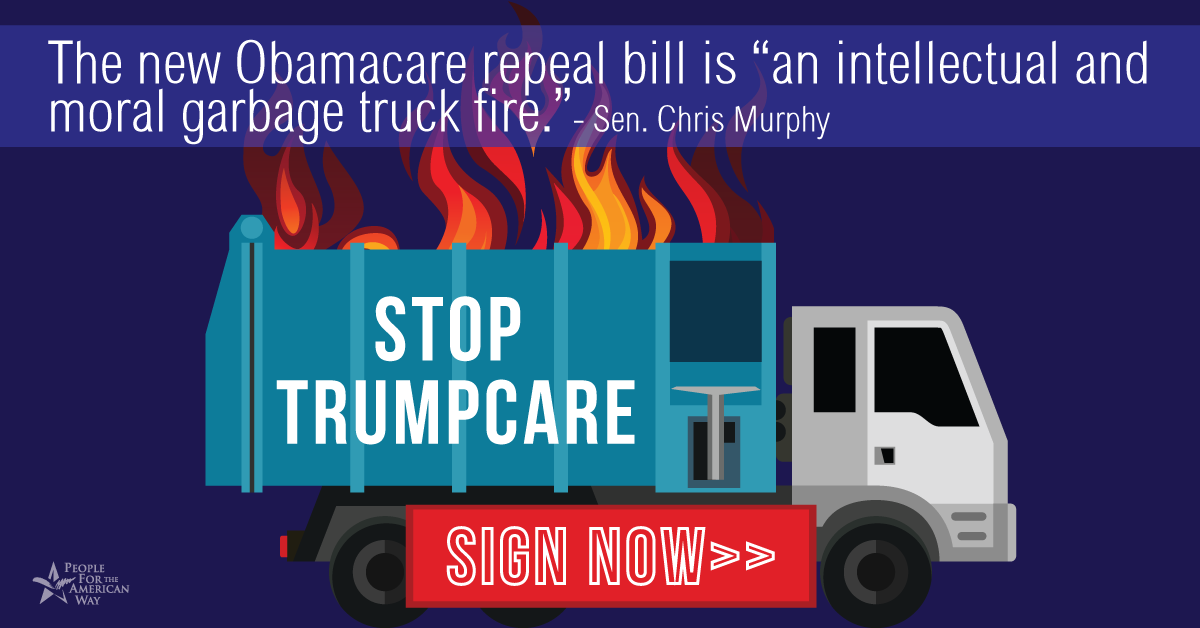 Close to the 51 votes they need to repeal Obamacare forever, Senate Republicans are preparing to introduce a new health care repeal bill worse than all those before it. Republicans in Congress have 12 days before their repeal attempts are dead altogether, and we need to make sure this bill does not pass in this window. The bill is cruel and immoral, leaving millions without health coverage, and stripping others of options to pay for it. The nonpartisan Congressional Budget Office even announced that they do not have enough time to fully score the bill before the vote -- meaning that the people voting on it and the people impacted will not know the full scale of the damage it will inflict. Demand your members of Congress REJECT Trumpcare!