Tell Senators: Call for the Nomination of Jeff Mateer to be WITHDRAWN! 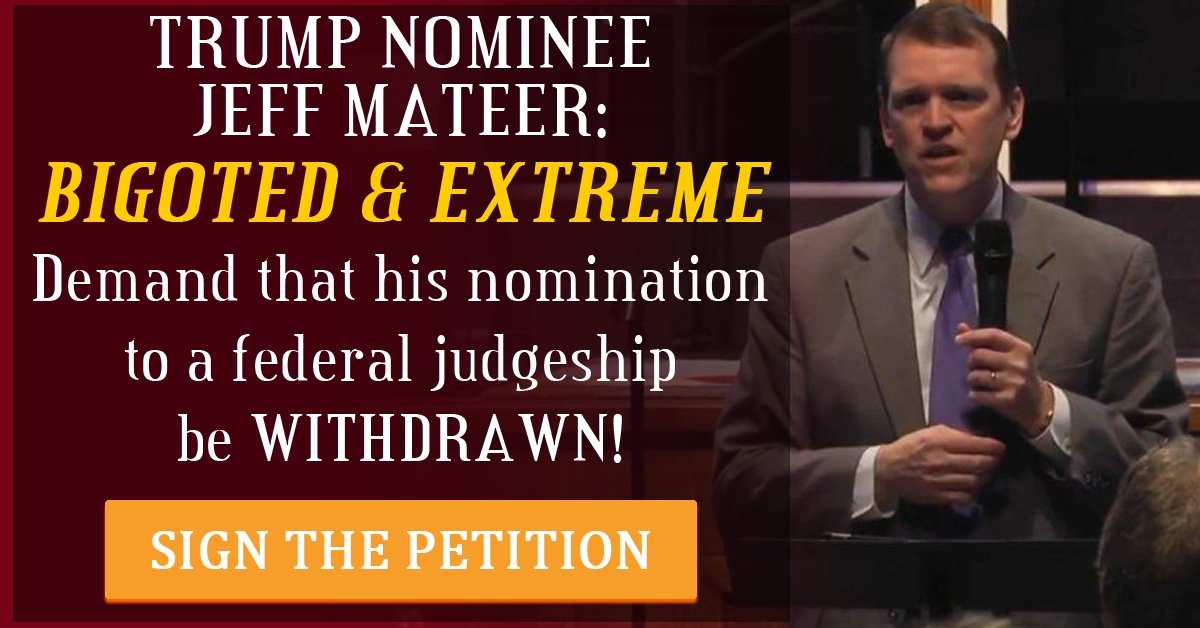 Trump has nominated Jeff Mateer to the federal bench a rabidly anti-LGBTQ Texas lawyer who spoke at the 2015 "Kill the Gays Conference" and called transgender youth part of "Satan's plan." If Mateer can be confirmed, then ANY nominee -- no matter how unfit, unethical, or unhinged -- can be confirmed … and Trump and the Radical Right will have a green light to run roughshod over our entire judicial branch. This is an all-hands-on-deck emergency call to action to STOP this nomination in its tracks. Allowing this nominee to proceed would cross the line of decency. Tell your senators to call for the Mateer nomination to be WITHDRAWN.