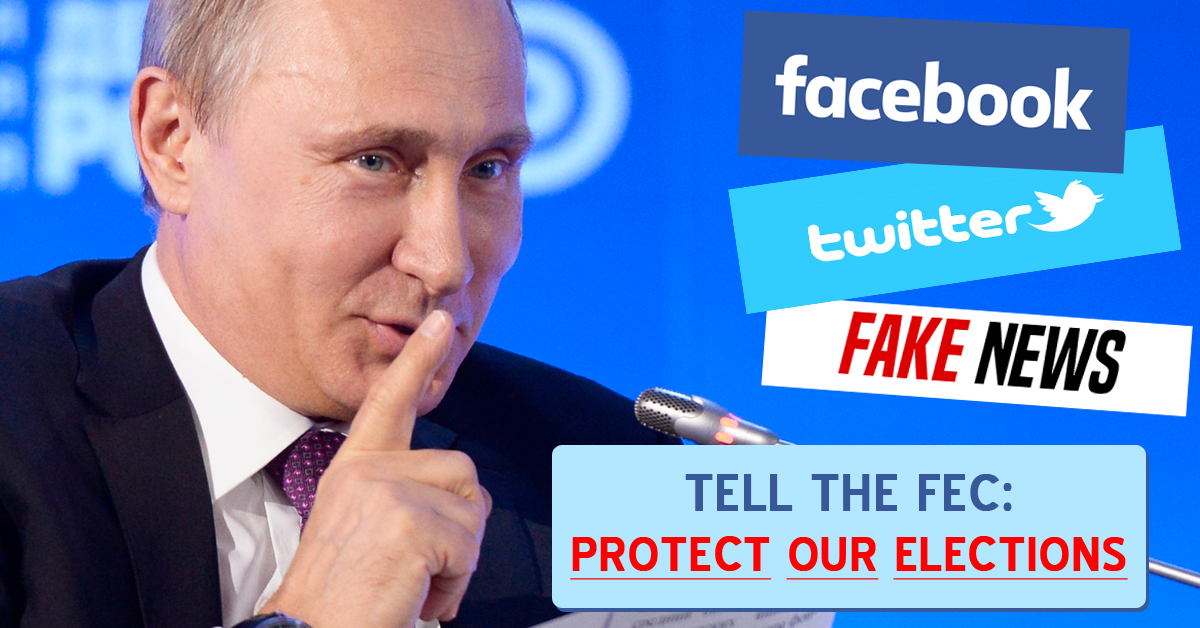 Social media ads remain a gray area in our elections. In 2011, Facebook requested an advisory opinion from the Federal Election Commission on the issue, and to this day, the FEC remains deadlocked. Now, the FEC has opened up a public comment period, requesting feedback on how to address paid online advertising, including on Facebook and Twitter. Sign the petition below to submit an official comment to the FEC and demand that social media advertising relating to elections and advocacy disclose the same information as other forms of political advertising.