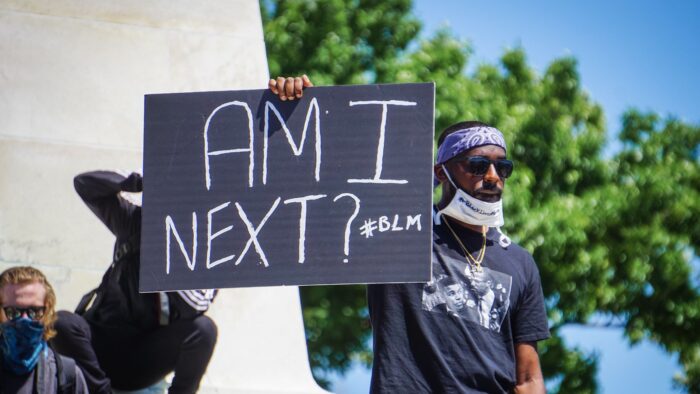 This fact sheet is part of People For the American Way’s new report All Safe: Transforming Public Safety. Here, we give an overview of one of the four prongs in our approach to reducing police violence: Holding unfit officers responsible and accountable for their actions.

Problem: It is far too difficult to hold unfit officers responsible for misconduct. Police unions and police union contracts and qualified immunity are some key reasons for this difficulty, among others.

Solution: Bring transparency and accountability to numerous arenas that affect police activity, including the police union contracting process, the undue protections offered to police accused of misconduct through police union contracts and through various state-level law enforcement bill of rights (LEBOR), the unjustified existence of qualified immunity, DOJ recordkeeping, and the well-regulated use of body-worn cameras (BWCs).