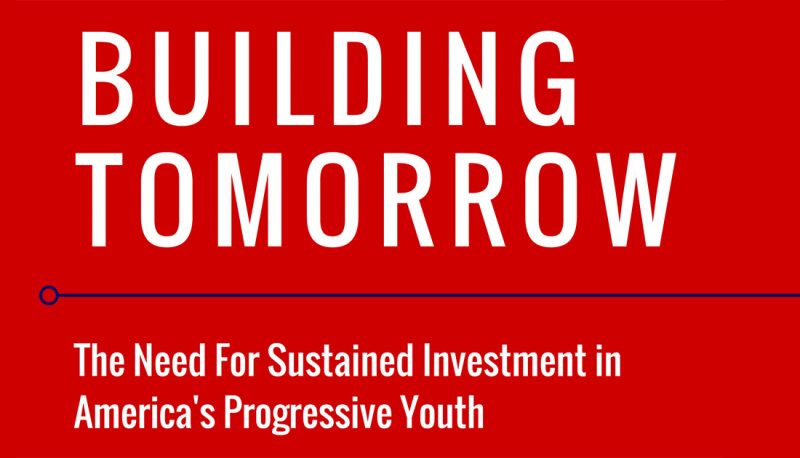 If we are going to win, we will need to invest in young people—now.

In the few months since the election, young people across the country have organized around a wave of progressive energy and formed an active force of resistance.  This is a moment that the progressive movement can and should seize; now more than ever, the movement needs to invest in young people.

A new report released today by Young People For and Generation Progress titled “Building Tomorrow: The Need for Sustained Investment in America’s Progressive Youth,” shows that conservative youth organizations drastically outspend progressive youth organizations—and have far more money to work with. Here are five things we learned from the report:

1. The gap in contributions is astounding.

2. Conservative youth organizations have more money and fewer people to spend it on.

The progressive movement can ensure and policy wins by building an inclusive and diverse pipeline of progressive leaders. Young progressives will be able to take their values to diverse positions of leadership.

Progressive youth organizations need to be able to divert resources to recruitment in new areas to include new people in our movement that have been historically left at the margins. This is a chance to diversify the voices in our movement.

Young people are of critical importance to the progressive movement. They often stand at the frontlines of social and progressive change and push the narrative forward by challenging the status quo. This is true now more than ever. The progressive movement should seize the opportunity, before the window passes, to invest in the long-term strategic infrastructure needed to sustain and organize this burst of young, progressive energy.