June 25, 2016 will mark the third anniversary of the Shelby County v. Holder decision that gutted the heart of the Voting Rights Act. A coalition of more than 100 organizations, including People For the American Way, are participating in a Week of Action to raise awareness about voter suppression and to pressure Congress to restore the protections of the Voting Rights Act.

In 1965, the Voting Rights Act was passed in hopes of bringing the United States closer to the promise of a true democracy: a political system in which all people can fairly and easily participate in government, regardless of race. One of the VRA’s most significant protections was found in Section 5, which requires states and localities with a history of racial discrimination in voting to seek federal preclearance to approve proposed changes to their voting process. This preclearance sought to address decades of voting practices that disenfranchised communities of color. The provision worked. For nearly 50 years, the VRA, and in particular, Section 5, helped curtail the disenfranchisement of voters of color and helped expand the electorate so that it became more representative of the populace. It succeeded in helping the United States progress towards a more inclusive democracy.

However, three years ago, on June 25, 2013, democracy in America was dealt a major blow. On this day, the Supreme Court, in its controversial Shelby County v. Holder decision, struck down Section 4 of the Voting Rights Act, which defined what areas were covered by Section 5 preclearance. States immediately began to implement new voting restrictions, including strict voter identification laws, limitations on early voting, and the elimination of same-day voter registration. These barriers to voting — implemented under the guise of making elections more efficient and limiting so-called “voter fraud” — disenfranchised eligible voters across the country, disproportionally affecting underrepresented communities such as people of color, women, students, the disabled, and low-income individuals. We have already seen the negative effects of these voting restrictions in our midterm elections and presidential primaries.

Come November, the stakes will be raised. As the Leadership Conference Education Fund notes in their new report on the likely impact of the Shelby County decision in this election cycle:

2016 will be the first presidential election in 50 years without the full protections of the Voting Rights Act. It is also an election that could be won or lost in just a few key states – states where minority voters could determine the outcome.

The report notes that five states formerly covered, in whole or in part, by preclearance — Arizona, Florida, Georgia, North Carolina, and Virginia — will all see competitive races in the fall, in which voters of color could be decisive. But voters in these states are now without the full protections of the VRA. The Shelby County decision still has very real consequences, and could alter the face of our political landscape in 2016.

As Election Day rapidly approaches, now is the time to call on Congress to restore the full protections of the Voting Rights Act. The Shelby County decision was a huge setback to American progress towards a truly fair and accessible democracy, but we can move forward again. Legislation aimed at restoring the protections of the VRA is already pending in Congress. Tell your representatives that a democracy in which eligible voters are unable to cast their ballots is a broken democracy, and that it is their duty to help mend it. 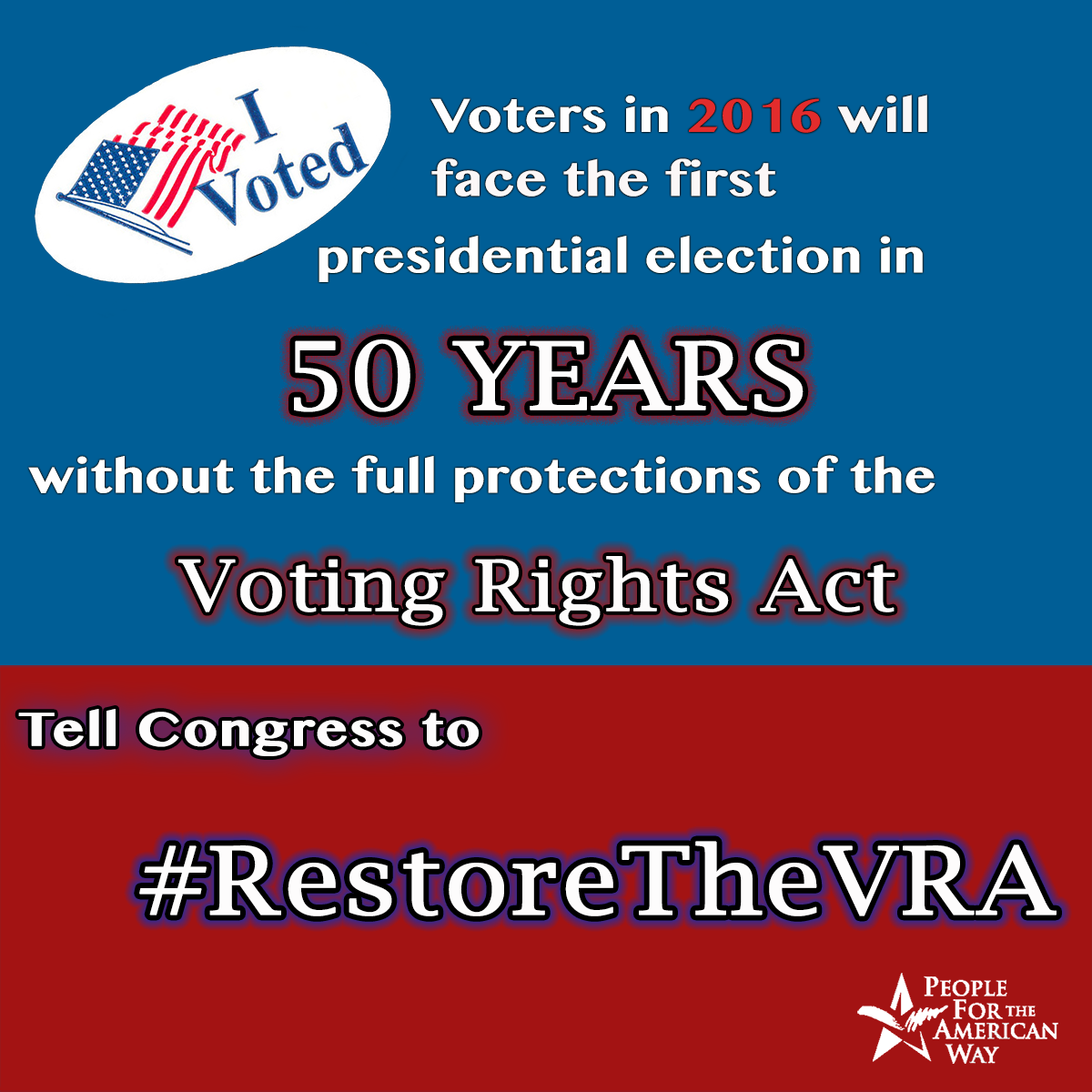