A Romney Supreme Court – The Dream of Corporate Special Interests 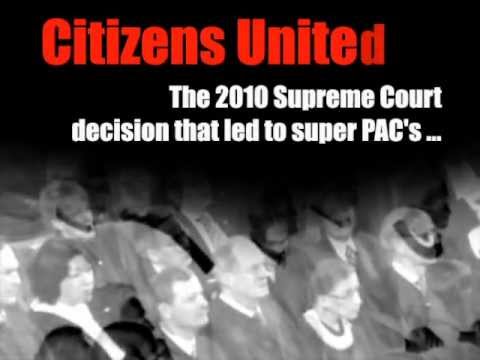 As the November election approaches, one thing is becoming outstandingly clear: we should all Fear the Romney Court.

If elected president, it would be Mitt Romney who would nominate the next Supreme Court Justice for a lifetime term, the next time there is a vacancy on the Court. The consequences of such an nomination would be damaging to the country, and the vast majority of people who live in it. But for the mega-corporations and wealthy individuals who are bankrolling Romney’s campaign, a Romney nomination and the resultant Romney Court would be a dream come true.

So what type of judges would Romney nominate?

When asked the question during a Republican primary debate, Romney listed the most extreme Supreme Court Justices currently sitting on the bench – Chief Justice John Roberts and Justices Samuel Alito, Clarence Thomas and Antonin Scalia. Just last week, Romney shortened that list by removing Roberts for upholding key portions of the Affordable Care Act, leaving Alito, Thomas, and Scalia as his model justices.  Time and time again, these are the justices who side with mega-corporations over every day Americans, regardless of what the law actually says.

Take for instance, the poster child of the Roberts Corporate Court, Citizens United v. FEC. That decision, issued by a 5-4 conservative majority, unleashed corporations into the world of campaign finance, and led to the rise of super PACs like American Crossroads and Restore Our Future – the same super PACs that are drowning out the voice of the people across the country. It’s no wonder Justice John Paul Stevens declared, in his dissenting opinion for Citizens United, that “the Court’s ruling threatens to undermine the integrity of elected institutions across the Nation,” and why he continues to speak out against the decision in his retirement.

So what does Mitt Romney – potential nominator-in-chief of the Supreme Court – think about the decision? See for yourself:

Not only does Romney support the decision, he has a solution to the money in politics problem: it needs more money!

For the record, corporations are not people, people are people. It doesn’t take a genius to figure that one out! However, Justice Stevens put it a little more eloquently in his dissent:

Although they make enormous contributions to our society, corporations are not actually members of it. They cannot vote or run for office.

Unlike natural persons, corporations have “limited liability” for their owners and managers, “perpetual life,” separation of ownership and control, “and favorable treatment of the accumulation and distribution of assets … that enhance their ability to attract capital and to deploy their resources in ways that maximize the return on their shareholders’ investments.”

But Mitt Romney still think corporations are people, and would nominate a Supreme Court justice who thinks the same.

You think Citizens United was bad? James Bopp, the lawyer who argued for Citizens United, has much worse decisions he wishes to argue, decisions that would most likely be approved by a pro-corporate, pro-elitist Romney Court, returning us to the era of monopolies and robber barons.

Visit our website, RomneyCourt.com, and sign up today to join the nationwide campaign we’re running this summer and fall to inform the American people about what’s at stake on November 6th, 2012.