Across the Country Activists Support Amendment to #GetMoneyOut

While billionaires and corporations have been busy buying airtime to influence midterm elections, average Americans have been active in letting politicians know that they are sick and tired of big money in politics. As the Democracy for All amendment gets debated and voted on in the Senate this week, an ongoing grassroots push has helped shape the conversation. 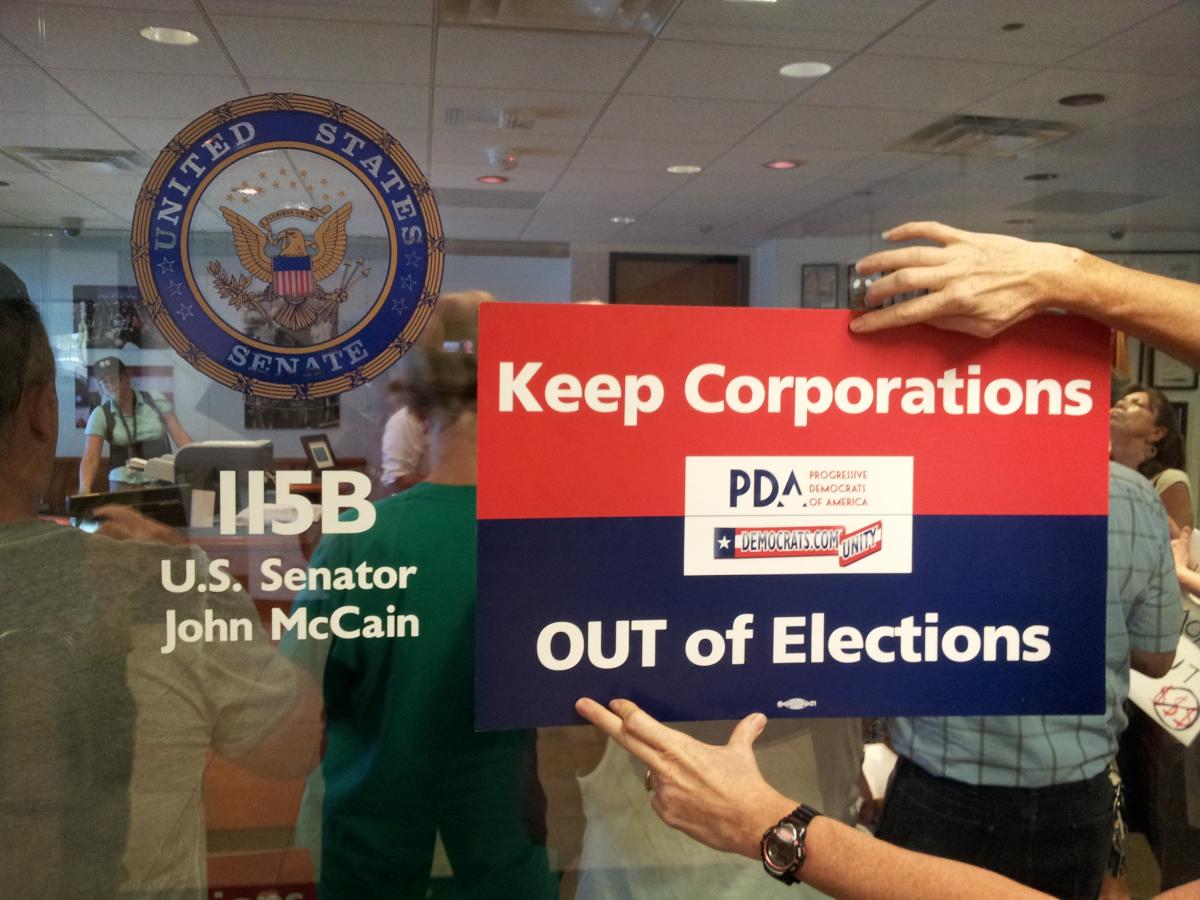 On Monday over 3.2 million petition signatures calling for a constitutional amendment were delivered to Congress, gathered by more than two dozen progressive organizations. This diverse coalition includes groups such as the Communications Workers of America, MoveOn.org, Sierra Club, Daily Kos, CREDO Action, Common Cause, Corporate Accountability International, Public Citizen and People For the American Way. 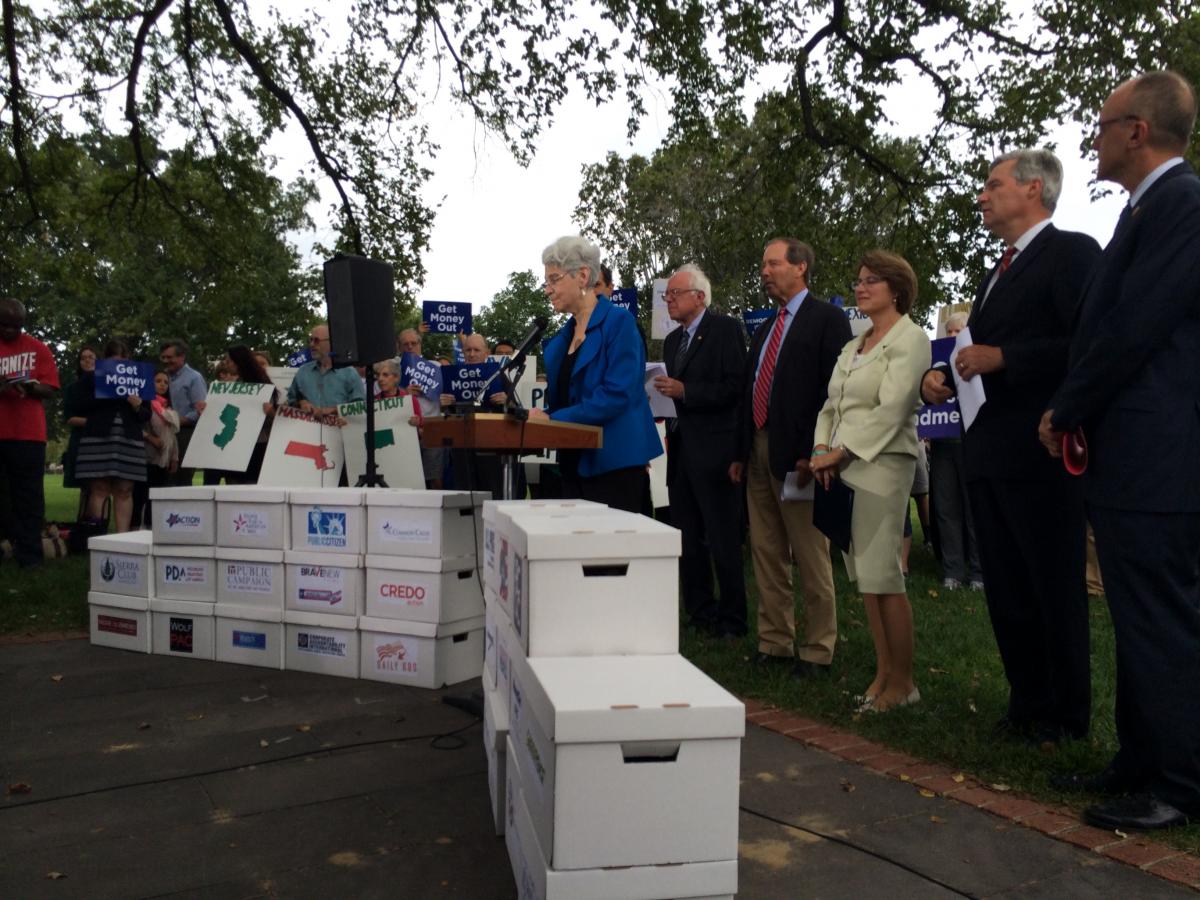 More than 25 local actions have happened across the country, delivering petitions to the district offices of target senators in key states. These events have been hugely successful, with solid attendance at a small spirited event at Senator Murkowski’s office in Juneau, Alaska to a large rally at Senator Kirk’s office in Chicago, IL and a marching band that showed up to help provide support for an event at Senator Ayotte’s office in Portsmouth, NH. 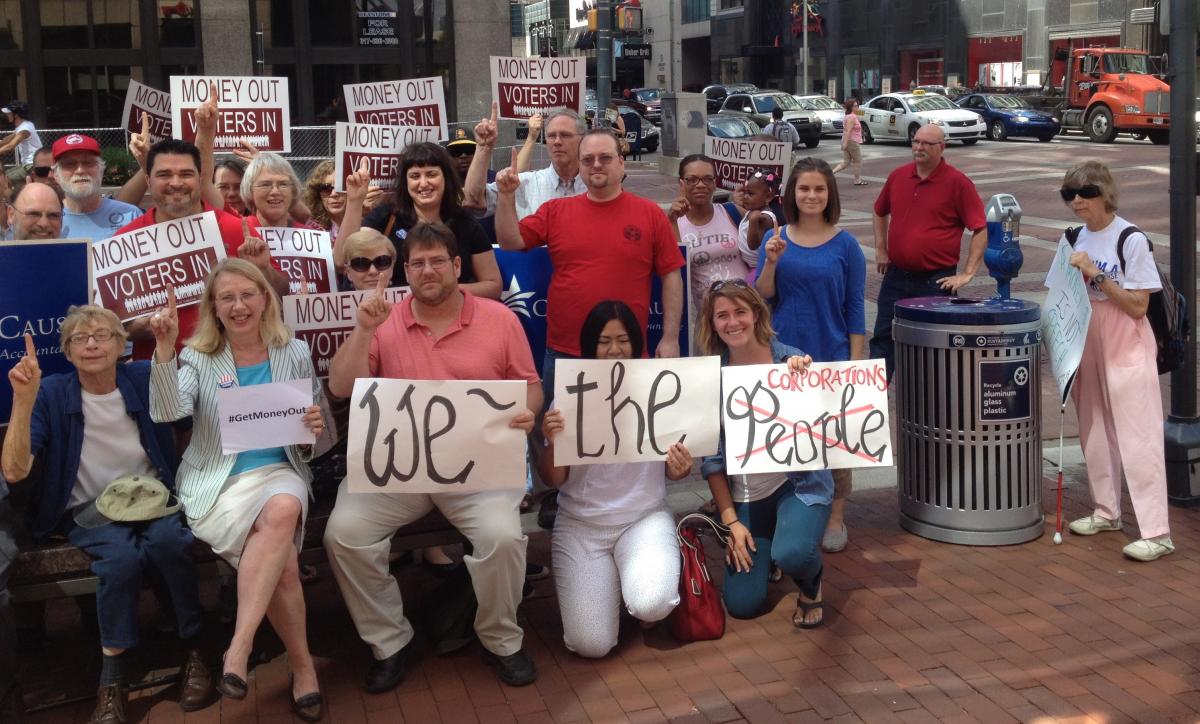 These events have earned a great deal of  media coverage, so much so that most of the five remaining Democrats who have not cosponsored the Democracy for All amendment have now made commitments to vote for it – in large part as a result of the events in their states. Four even put out public statements in connection with the events. 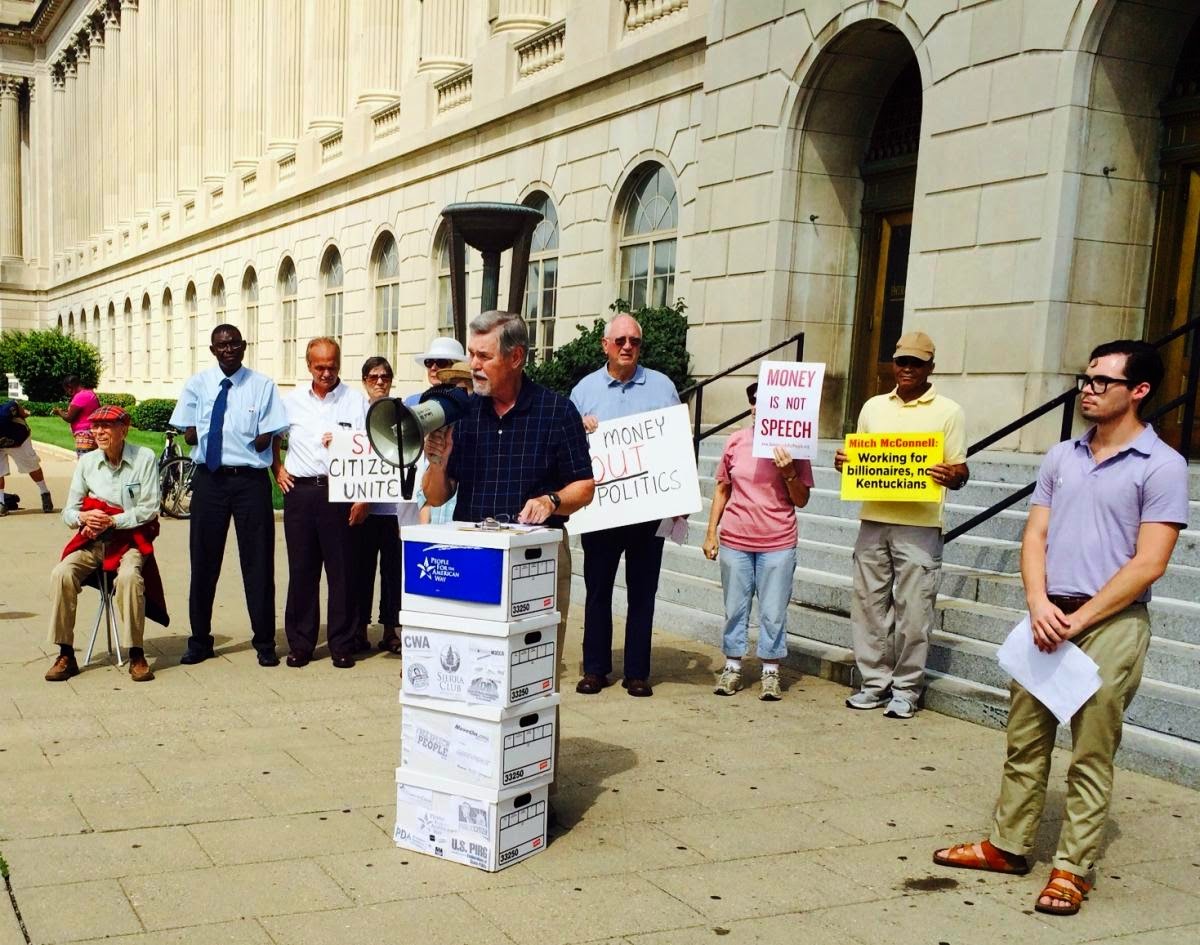 Additionally more than 15,000 calls have been made this week to Senators’ offices asking them to support the Democracy for All amendment. These are only the reported calls, many more have likely been made without being counted. This is an average of over 300 calls per Senate office. 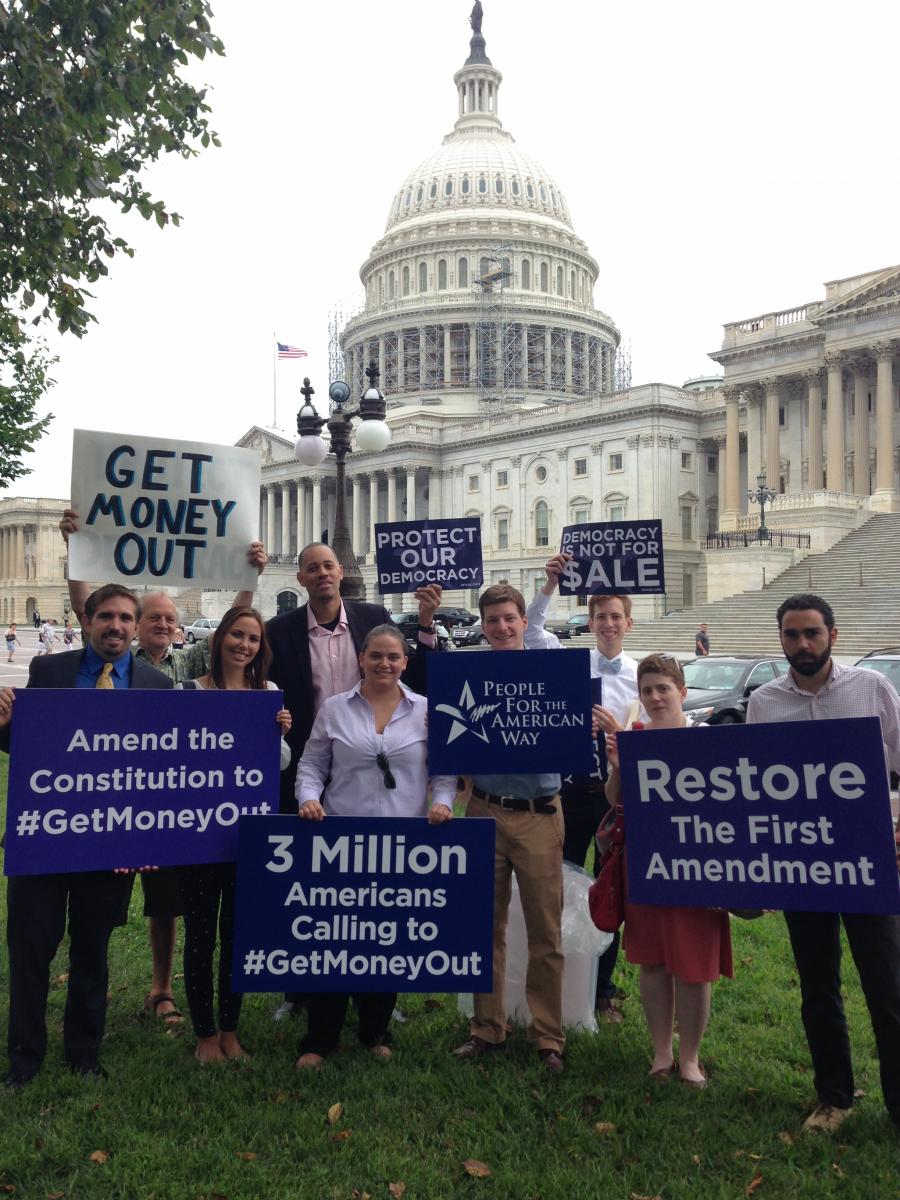 Perhaps most exciting of all – things are just getting started – this first milestone vote on the Democracy for All amendment marks the beginning of what will be a truly historic push to protect the promise of American democracy.