Activists Around the Country Demand our Government #CloseTheCamps 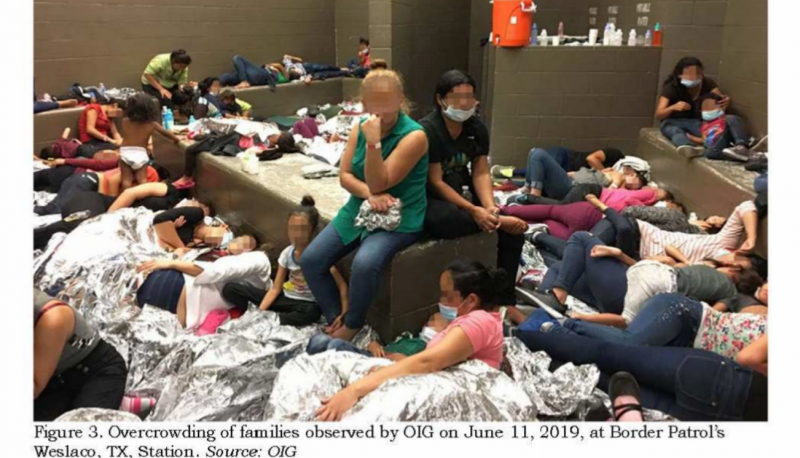 After nearly three years of Donald Trump’s dangerous and abhorrent anti-immigrant rhetoric, it should be no surprise that the treatment of immigrants under his administration has been increasingly devastating. A harrowing report from the Department of Homeland Security’s independent watchdog agency recently revealed that the state of immigration detention centers is far worse than what had previously been described. It detailed conditions like “standing-room-only cells, children without showers and hot meals, and detainees clamoring desperately for release,” and confirmed that the administration was blatantly breaking orders from the Supreme Court by holding children in detention for more than 20 days — for hundreds of children it’s been months and they are still in custody.

These findings coincide with descriptions from a number of House Democrats who recently toured immigration detention centers and expressed outrage at the abhorrent state of the facilities and ongoing dehumanization of immigrants in custody. Some of the most haunting details of their experiences included descriptions of cells that lacked running water,malnutrition and lack of healthcare, severe overcrowding with some immigrants forced to sleep on concrete floors, ongoing of family separation, and reports that guards had told detainees to drink from toilets. Many also lacked adequate nutrition and in some cases were forced to go several weeks without showering.

Our border patrol system is broken. And part of the reason it stays broken is because it’s kept secret. The American people must see what is being carried out in their name. The @HispanicCaucus led a delegation of members of Congress to visit 2 border patrol facilities.

“If you want water, just drink from a toilet.” That’s what border patrol told one thirsty woman we met on today’s #DemsAtTheBorder trip. These are the same CBP personnel who threatened to throw burritos at members of Congress. Changes must be made. #DontLookAway pic.twitter.com/dW34DRduDA

After I forced myself into a cell w/ women&began speaking to them, one of them described their treatment at the hands of officers as “psychological warfare” – waking them at odd hours for no reason, calling them wh*res, etc.

The pediatrician Dolly Lucio Sevier found evidence of infection, malnutrition, and psychological trauma among the sick children she examined at a Border Patrol facility in South Texas, @JeremyRaff reports: https://t.co/JxsvXvmudZ

To protest this human rights crisis, People For the American Way joined a coalition of groups to speak out against these injustices and demand that the government close these detention camps for good. With the help of organizations like MoveOn, United We Dream, Families Belong Together, and thousands of grassroots organizers, we were able to successfully coordinate and execute close to 200 protests nationwide.

The goal of these protests was to stop the camps, pull funding from family detention, and pressure additional members of Congress to personally visit the facilities to see the atrocities firsthand. Congress is debating funding for next year, and has the opportunity to pull funds from the Department of Homeland Security if it fails to meet basic standards of sanitary conditions in detention facilities and stop perpetuating human rights abuses of those in custody.

Along with promoting these demonstrations nationwide, PFAW staff joined protestors in front of the White House to express our outrage and support local grassroots organizers. We were joined by a number of activists, many of whom were immigrants themselves who spoke of how these policies were personally harming them and their families. Speakers pledged to keep fighting the administration’s ongoing attacks on immigrant communities.

To support immigrants and shut down these camps, organizers must continue to call members of Congress and demand that they take action. As elections are approaching, it is also essential to hold lawmakers accountable by supporting candidates who have explicitly expressed their support for the immigrant community and condemned the atrocities committed by the Trump administration.