While they were at the hearing AAMIA staff and Rev. Joseph Smith caught up with author, playwright and producer Janet Langhart Cohen, a witness before the committee, and learned more about her Anne & Emmett Project, a play about a beyond-the-grave conversation between Anne Frank and Emmett Till. The play was scheduled to premiere at the US Holocaust Museum the week of the unfortunate tragedy at the museum where Officer Stephen Johns was killed in the line of duty by an avowed white supremacist. 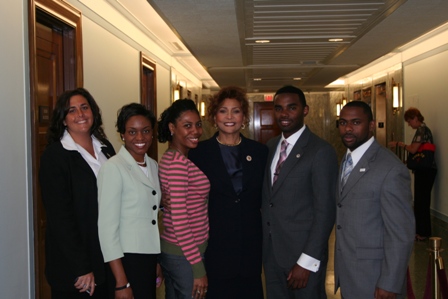