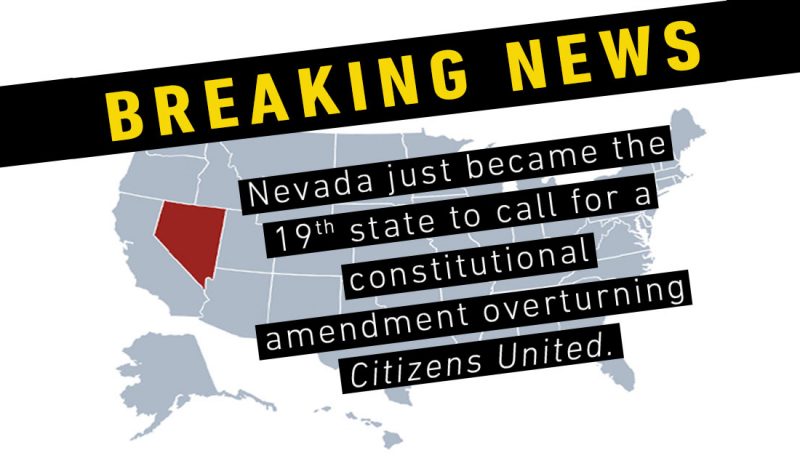 This week Nevada became the 19th state to officially call for a constitutional amendment to overturn Supreme Court decisions, such as Citizens United, which have led to an explosion of political spending by powerful special interests seeking to advance their agendas in Washington and in state capitals across the country.

The movement calling for an amendment now has official support from half of the 38 states that would be needed to ratify an amendment following passage by two-thirds of both chambers of Congress. Since 2010, the year of the Citizens United decision, a total of nineteen states and more than 700 municipalities have called for a constitutional amendment to overturn it. More than 5 million petition signatures have also been gathered nationwide calling for an amendment.

Americans across the political spectrum agree that deep-pocketed donors have too much power in our political system. A September 2015 national poll found that a significant majority–80 percent of Republicans and 83 percent of Democrats–oppose Citizens United. Few other issues unite us in this way. And that poll is no outlier. In a time of extreme political polarization, an amendment to rein in the influence of big money in politics can be a bridge to fostering greater political consensus.