Americans Deserve a Federal Budget that Safeguards their Health and Rights 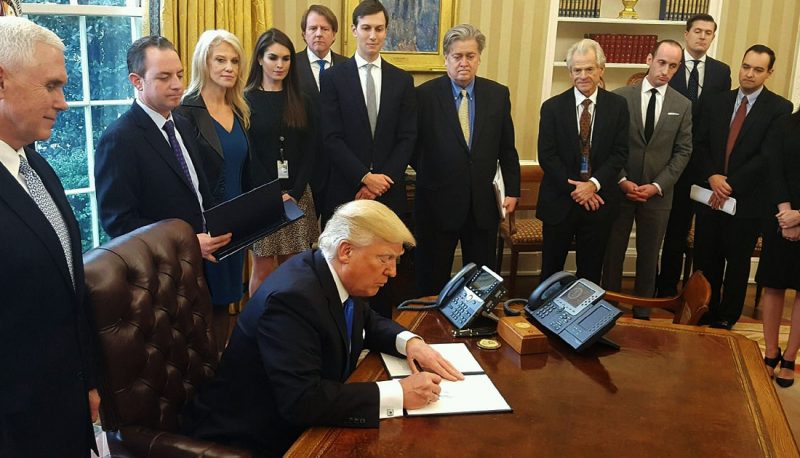 Statement of Principles for Women’s Empowerment in the Budget

With new Trump budget details released today, one thing is ever more clear: President Trump wants the federal government to work for people like him at the expense of everyone else.

When Trump released his so-called “skinny budget” back in March, People For the American Way detailed Trump’s all-out assault on low-income Americans. Today, with the release of a more detailed proposal, Trump’s misguided priorities have come further into focus. Programs that protect basic living standards for everyday Americans are on the chopping block. This Robin-Hood-in-reverse approach will reduce or eliminate:

PFAW rejects the Trump budget and will push back on any funding measure that leaves the American people, particularly women and families, vulnerable to an extreme right-wing agenda.

In a statement signed by over 60 organizations, PFAW and our allies outlined what it would look like for a federal budget to actually empower women:

We… stress that the President’s responsibility to support women will not be satisfied with mere rhetoric about “women’s empowerment” and “investing in women,” while simultaneously dismantling the policies and programs which are essential to so many women and families. The budget must also be assessed holistically, for no woman leads a single-issue life. Women and families will only thrive and succeed when people have the social, political, and economic power and resources to make healthy decisions about their lives. Our elected officials play a critical role in leveling the playing field for women’s empowerment.

Trump failed in this regard, opting instead to carry out the latest in a long line of attacks on women’s health and rights and Planned Parenthood that have come since day one of his administration and the GOP Congress.