Another Part of the #MeToo Conversation: Our Nation’s Courts - People For the American Way
Skip to main content

Another Part of the #MeToo Conversation: Our Nation’s Courts 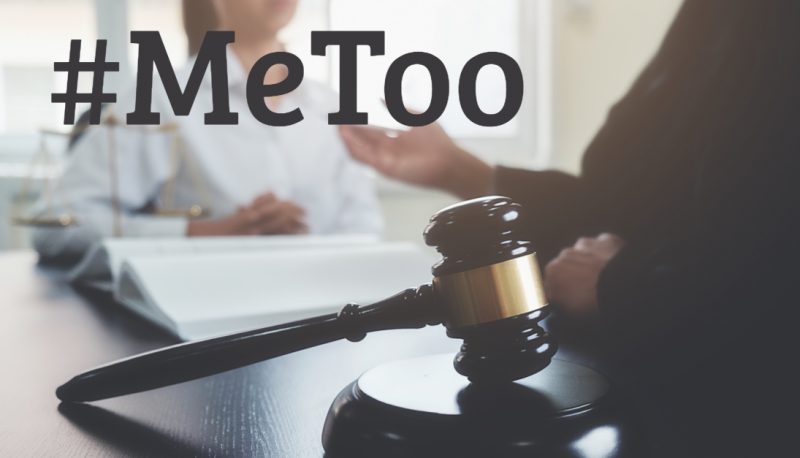 April is Sexual Assault Awareness Month, and this year the #MeToo movement has shined a long overdue spotlight on work to prevent sexual assault and harassment and to support survivors.

So far the conversation has largely been centered on changing cultural norms and passing legislation in Congress. While both of these are critical avenues for reform, there’s another sphere that will continue to deeply influence the lives of survivors: our nation’s courts.

When a case about alleged sexual misconduct goes to trial, judges should be prepared to approach it fairly and without an ideological agenda. But a few of President Trump’s judicial nominees have troubling professional records when it comes to addressing issues of sexual harassment or sexual assault.

For example, one Trump pick—district court nominee and all-around civil rights opponent Thomas Farr—expressed support for legislation in North Carolina that, among other things, stopped women who experienced workplace sexual harassment from bringing a lawsuit in state court. Farr called it a “better policy for the state.” A better policy for who, exactly?

Another, Don Willett, decided as a Texas Supreme Court Justice to “limit the amount of compensation that a victim of workplace sexual harassment and assault can collect from her employer.” That case revolved around a restaurant employee named Cathie who was repeatedly sexually assaulted and harassed by her coworker—behavior that she reported but that her managers failed to intervene in. In Willett’s decision, he not only lowered the amount of money that had been awarded to her by a jury but also “permanently limited the ability of women to bring suit in sexual assault cases in the future.”

Disturbingly, Willett has already been confirmed to a powerful appeals court. Farr’s nomination has yet to be voted on by the Senate.

The deluge of women (and men) coming forward to share accounts of sexual harassment and assault have permanently changed our society for the better, bringing stories about powerful men abusing their positions into the light of public scrutiny. But as others have noted, coming forward is often only the first step in holding people accountable. Our courts are an integral part of the #MeToo conversation. And it’s up to senators to push back against any ideological judicial nominee who can’t be trusted to give survivors the fair hearing they deserve.