Another Unqualified Trump Nominee, This Time in Oklahoma - People For the American Way
Skip to main content

Another Unqualified Trump Nominee, This Time in Oklahoma 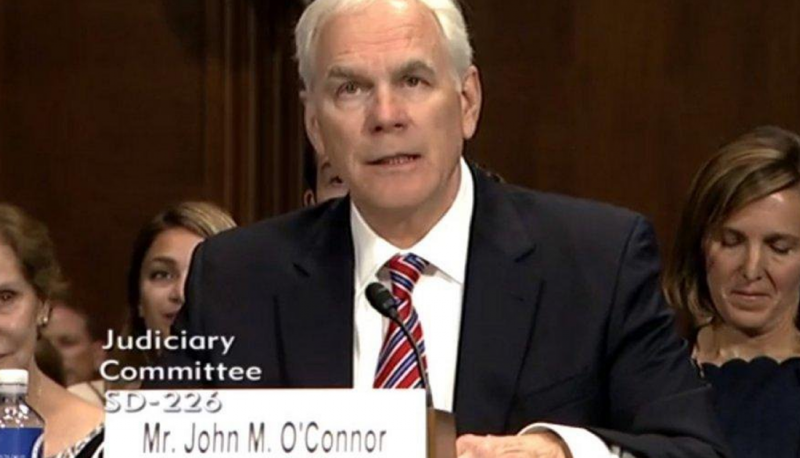 This week, yet another Trump judicial nominee—John O’Connor of Oklahoma—was deemed unqualified for the bench by a disinterested, non-partisan, and unanimous committee of the American Bar Association. Unfortunately, since Judiciary Committee chairman Chuck Grassley rushed the confirmation process, no senator had a chance to ask the nominee about the matters raised by the ABA.

John O’Connor was nominated in April. Chuck Grassley held a hearing for him on July 11, where senators asked him questions based on the information they had about him.  Several weeks later, on August 21, the ABA panel unanimously found O’Connor not qualified, a devastating and rare rebuke. The ABA submitted a letter explaining their rating, and it was scathing:

So a nonpartisan panel of attorneys found O’Connor to be deficient—both legally and ethically—based not only on their own analysis, but also on the confidential evaluations of the local attorneys who are most familiar with him.

This is exactly the kind of thing that a confirmation hearing is meant to explore.  But Grassley insisted on holding the hearing before his colleagues could find out, and O’Connor sailed through without having to answer difficult questions from senators.

This isn’t the first time Grassley has done this for a Trump nominee. In 2017, he rushed a hearing for Brett Talley to be a district court judge in Alabama. It was only several weeks later that the ABA had time to complete its evaluation. As with O’Connor, a unanimous panel found Talley unqualified.

Equally important, only after the hearing did senators learn disqualifying information about Talley’s character and honesty: He had failed to disclose that he was married to the White House Counsel’s chief of staff, despite having been specifically asked to identify potential conflicts of interest should he be confirmed. The unexpected information came too late for any committee members to question Talley about it.

Fortunately, despite Grassley’s efforts, the truth about Talley came out before he could be confirmed. Under great pressure from the public, the Senate did not hold a vote, and the White House withdrew his nomination.

Like Talley, John O’Connor—who is scheduled for a committee vote on August 30—has no business being a federal judge.