Thursday, July 14, marked the 120th day since Chief Judge Merrick Garland was nominated to the Supreme Court. July 14 was also the Senate Judiciary Committee’s final markup before the August recess. In order to highlight Republican senators’ irresponsible obstruction on  judicial vacancies, People For the American Way staff members attended and stood in solidarity with activists from Planned Parenthood Federation of America, the Leadership Conference on Civil and Human Rights, and Americans United for Change at the markup.

We wore buttons that read “#DoYourJob” and some advocates silently held signs when the meeting concluded. Our presence put additional pressure on Chairman Sen. Chuck Grassley and his Republican colleagues on the Senate Judiciary Committee to give Garland fair consideration and to fill the growing number of other judicial vacancies. 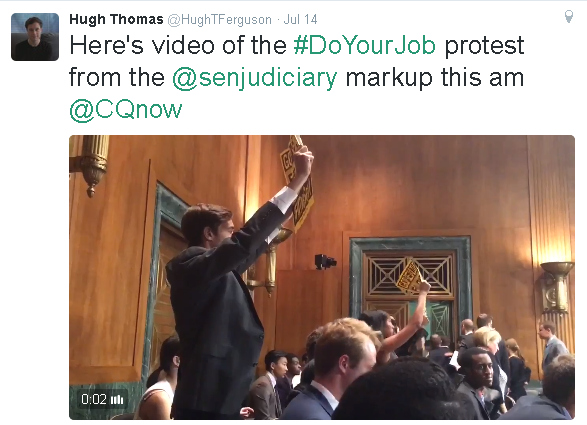 On the agenda for the markup meeting were four judicial nominees: Jennifer Puhl, Don Coggins, David Nye, and Kathleen Sweet. Puhl, Coggins, and Nye were unanimously approved by the committee on a voice vote, but they join a long list of nearly 20 other nominees who are still waiting for consideration from the full Senate. They are unlikely to receive a vote before the fall.

During the committee proceedings, ranking member Senator Patrick Leahy (D-VT) gave voice to our frustrations, and the frustrations of so many Americans, by directly addressing the rising number of judicial vacancies across the United States and the failure of Republican senators to fulfill their job requirements by adequately processing judicial nominees:

Astoundingly, at the last markup session before the congressional recess, and 120 days since Merrick Garland’s nomination, Sen. Chuck Grassley did not even speak about the most pressing judicial vacancy: the open ninth seat on the Supreme Court. Sen. Leahy, however, did, saying:

“Republicans are failing our justice system and the American people by continuing their unprecedented blockade of Chief Justice Merrick Garland’s nomination for the Supreme Court.”

We agree with Sen. Leahy and so many Americans. The American people deserve a fully-functioning judicial system, including a Supreme Court with nine justices. Republican Senators’ refusal to adequately process judicial nominees is disgraceful. Tell Sen. Grassley to stop playing politics with our justice system, and tell GOP senators to do their jobs. 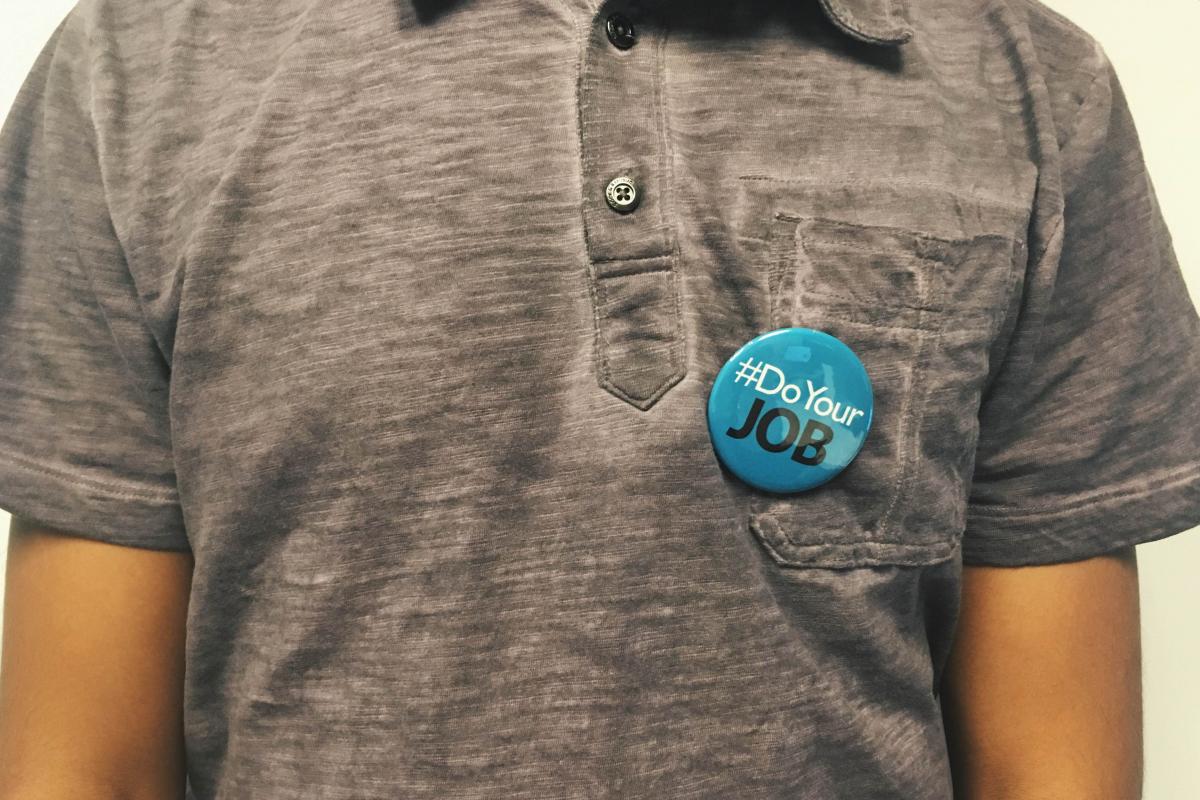