Attacks on Mosques Spread Through U.S. - People For the American Way
Skip to main content

Attacks on Mosques Spread Through U.S.

Last September, in the heat of the mis-named “Ground Zero Mosque” controversy and the hubbub over Terry Jones’ first, aborted, Koran-building spectacle, People For’s Michael Keegan warned of the “careful mainstreaming of Islamophobia” in American life:

Some anti-Park51 crusaders, even Sarah Palin, denounced Jones’ dangerous publicity stunt. But the fact is that his actions would attract little attention, and do little harm, if they weren’t taking place in the context of widespread and loud Islamophobia encouraged and implicitly condoned by prominent political leaders. Leaders such as Palin could pretend to be tolerant by denouncing Jones’ clear extremism, while all the while continuing to push subtler, more pervasive strains of Islamophobia. The suggestion, made by Palin, John Boehner, and by Jones himself that the Koran-burning event and the building of the Islamic Community Center had some moral equivalence is treacherous indeed, implying that somehow the practice of Islam is itself an offensive act. It’s this sort of insidious notion — passed off as a legitimate argument — that creates the growing level of distrust of Muslims in our society.

The outcry against the Park51 Islamic community center in lower Manhattan set the tone for what has become virulent and widespread anti-Islam sentiment among many leaders on the Right, which has led to an increase in anti-Muslim hate crimes. In March, the Southern Poverty Law Center reported that one-fifth of all anti-Muslim hate crimes since Sept. 11, 2001 had occurred in the ten months since the Park51 controversy had erupted.

The mainstreaming of anti-Muslim rhetoric has also contributed to a rash of attacks on American mosques. The ACLU is now compiling data on mosque attacks in an interactive map – they have so far chronicled incidents in 21 states: 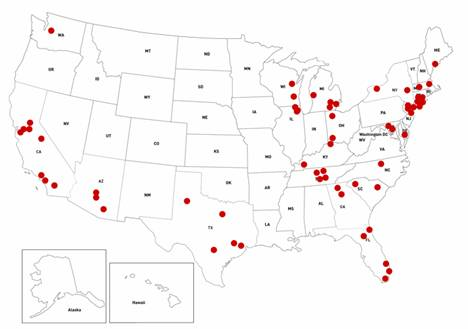