With the nation’s focus on the essential work Senate Democrats have been doing on voting rights this month, it might be easy to miss the important work they continue to do on restoring our federal courts.

Just hours before leaving town on January 20, Senate Judiciary Committee Chair Dick Durbin held votes on twelve judicial nominees, including Alison Nathan for the Second Circuit and celebrated voting rights litigator Dale Ho. When the Senate returns from its break, there will be no shortage of nominees ready for Majority Leader Chuck Schumer to tee up for the next step in the confirmation process.

Before senators took off for home, Schumer made sure to hold a confirmation vote for Holly Thomas for the Ninth Circuit. This was the second circuit confirmation this month, after Gabriel Sanchez (also for the Ninth Circuit). As a result, Joe Biden has had more circuit court nominees confirmed at this point in his presidency than anyone else since the modern circuit court system was created in the 19th century. 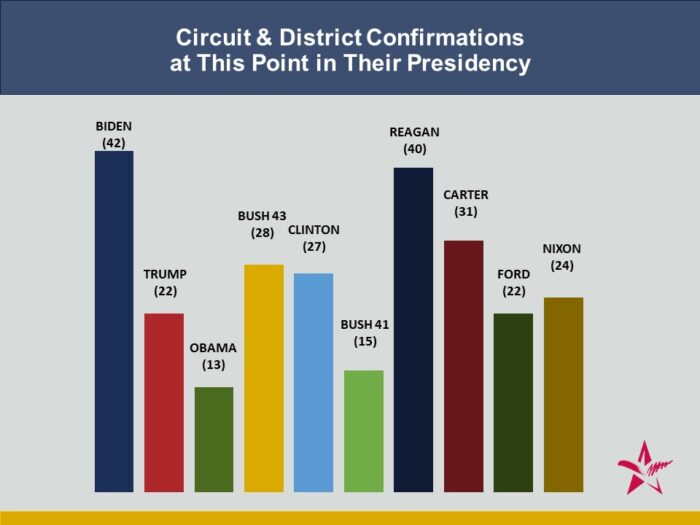 He is also making our courts look more like the people who appear before them. Of the ten new nominees this month, nine are women, and eight are people of color. In addition, once confirmed, Choudhury will be the first Muslim woman to be a lifetime federal judge (and only the second Muslim individual ever, second to a previous Biden nominee). Nancy Abudu will be the first Black woman to serve on the Eleventh Circuit Court of Appeals, and only its third Black judge in history. 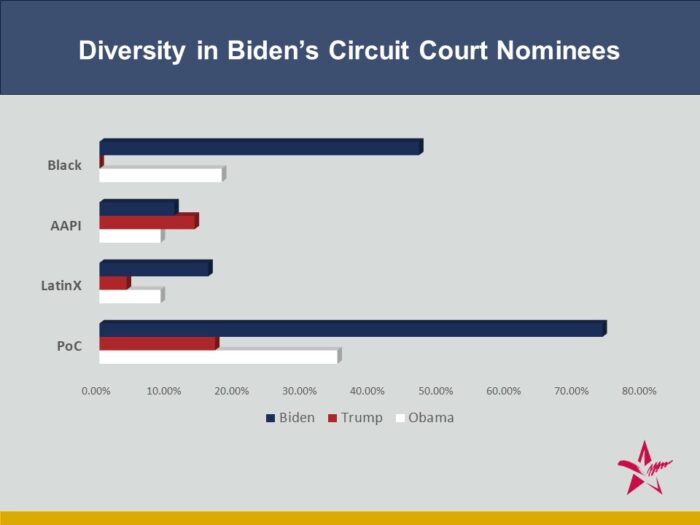 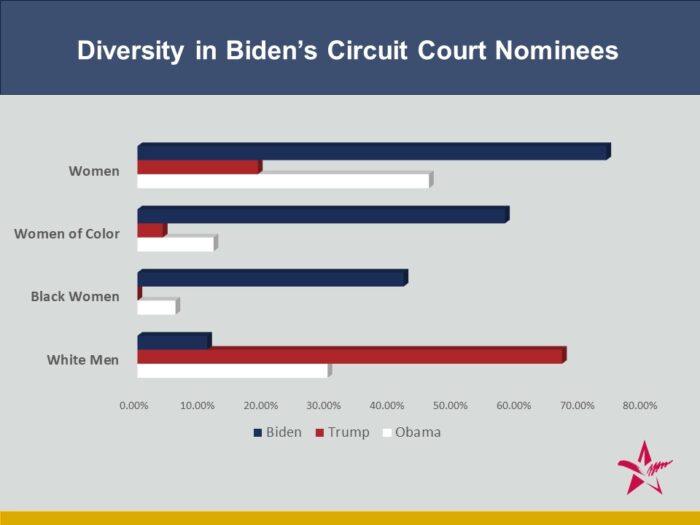 Biden has shown the same commitment to diversity on district courts, as well, opening up all the lower federal courts in a way that our nation has never seen before. 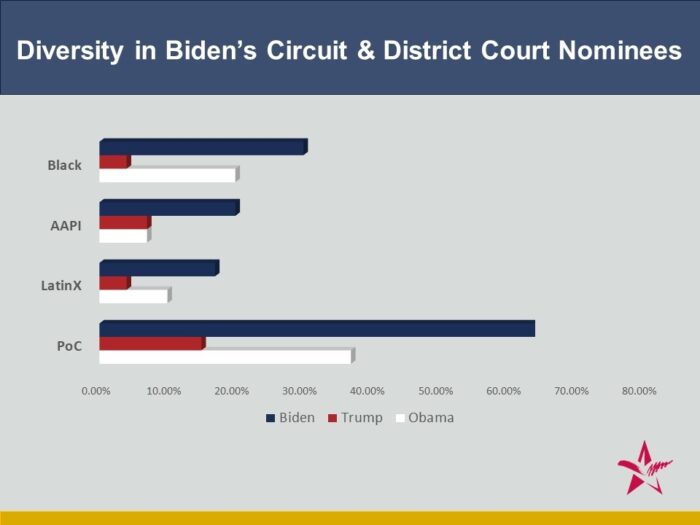 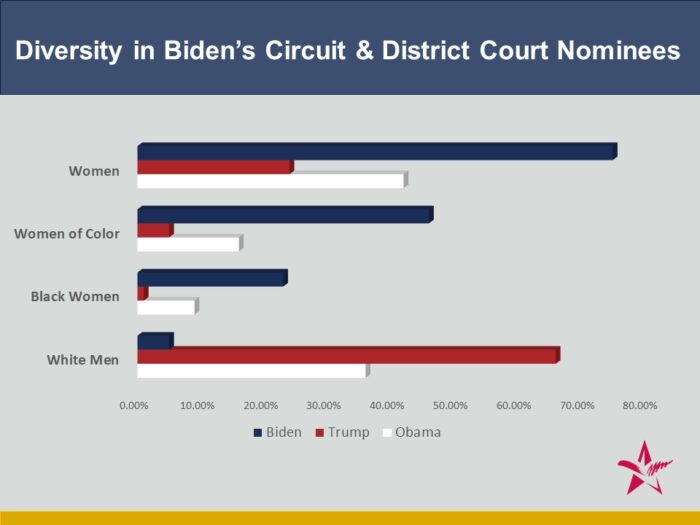 More work needs to be done. For instance, our nation has yet to see an openly transgender or nonbinary federal judge. The bench needs more people with disabilities. And while the administration’s record on Latino judges exceeds its predecessors, it is no longer sufficient to break records of the past. The responsibility for opening our courts to the experiences of people not like those already on the bench is not only on the White House, but also on the home state senators who the White House consults with when considering potential nominees. The great work of 2021 can become the even better work of 2022.

It makes an enormous difference who becomes judges in our federal courts. Communities around the country are having their right to vote taken away by anti-democracy state legislators. We all rely on courts to remind those legislators that our rights under the Constitution and under existing voting rights and civil rights laws are not theirs to take away from us.