The repair to the federal courts continues at a rapid pace. With this week’s confirmations of Gustavo Gelpí to the First Circuit, Christine O’Hearn to the district court in New Jersey, and Tana Lin to the Western District of Washington, President Biden has had more lower federal court judges confirmed by mid-October than Donald Trump had at the end of December 2017. This is quite an accomplishment.

As the chart below shows, it has been nearly half a century since we last had judges confirmed this quickly. 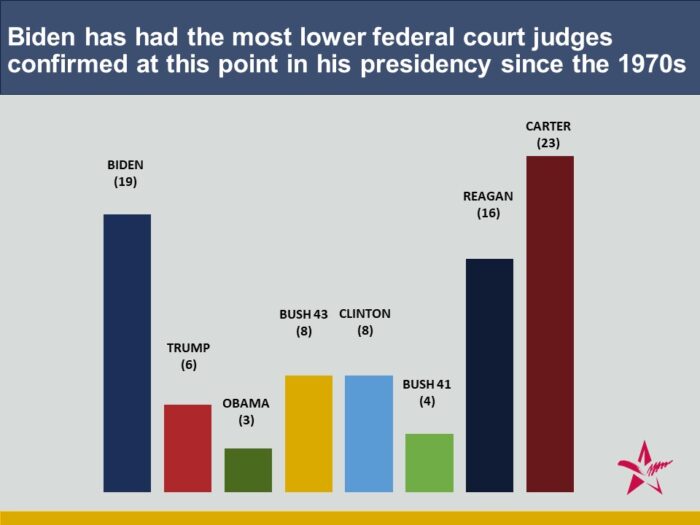 This pace shows that the Biden administration and Senate majority recognize the need to repair the damage done to the judicial system during the Trump administration. Over the course of four years, Trump filled three Supreme Court vacancies, 54 circuit court vacancies, and 174 district court vacancies. Now a third of the Supreme Court and more than 30% of all circuit court seats are occupied by Trump judges. The damage they continue to do is reported regularly in People For’s Our Courts, Our Fight project.

In a September post, we noted how President Biden’s circuit court nominees have been diverse at a historic level. That is true for his judicial nominees overall, circuit and district alike. Nearly 70% have been people of color, and nearly three quarters have been women. Almost 40% have been Black women. 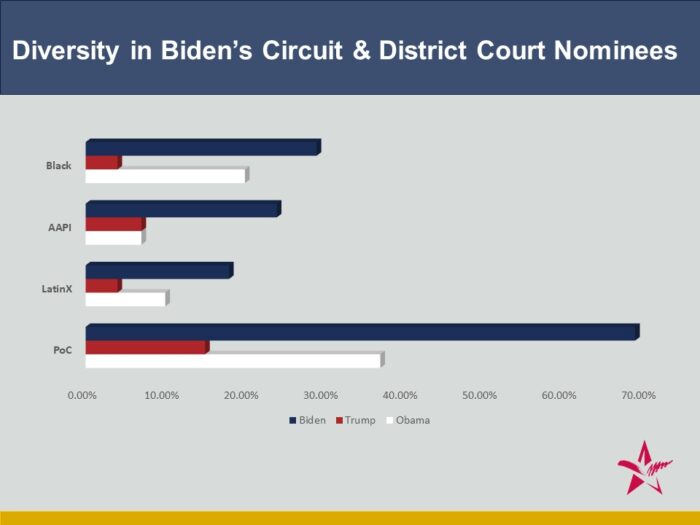 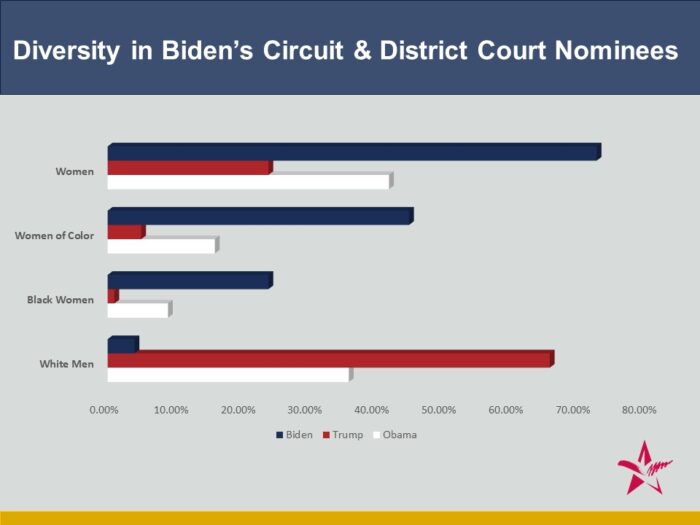 Fair and just courts are essential to protecting people’s lives, health, families, and basic rights. They are an indispensable part of any democracy. The White House and Senate are right to make them a priority.