Big Lies, Little Lies — They All Matter - People For the American Way
Skip to main content 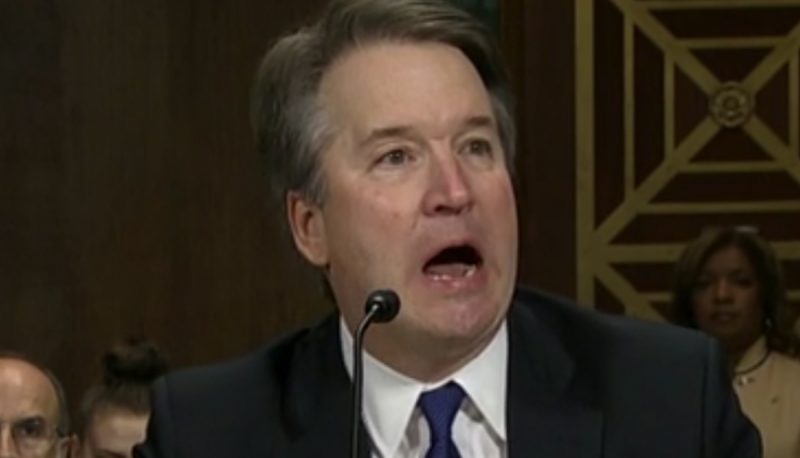 More and more information keeps coming out indicating that Brett Kavanaugh has lied to the Judiciary Committee and the American people numerous times about many things.

Some lies are about matters that any nominee would be asked about if the issue appeared in their background and which would disqualify them even if they had never lied about it. Trafficking in stolen documents is one such matter. Kavanaugh lied about them, and that disqualifies him. But his use of stolen material in itself disqualifies him for a lifetime position on the federal bench, even if he had never lied about it. In fact, that’s why he lied about it. His role in various Bush administration policies and controversies were and still are relevant to senators’ evaluation of the nominee, regardless of his lies about them. But here as well, that’s why he lied about them.

Lies about his alcohol abuse and his open contempt for girls and women during high school and college are in a different category. By itself, being a drunken boor when you were in high school and college three decades ago doesn’t disqualify you from judicial service today. Nominees are generally not called to task for being jerks when they were younger.

But it was Kavanaugh himself who opened the door to questions about this part of his youth, first on Fox News and then under oath before the Judiciary Committee. In response to credible allegations of attempted rape in high school and sexual assault in college, both while he was drunk, he has defended himself by portraying his high school and college years as filled only with study, worship, service, dating, respectful treatment of girls and women, and some harmless social drinking. It’s a character defense: No one fitting that description would ever get violently drunk, let alone sexually assault or try to rape someone.

So lies about seemingly minor things are not minor: They indicate that his blanket denial of assaulting Christine Blasey Ford, Deborah Ramirez, or anyone else is itself a lie.

Take his high school yearbook, which reveals him as a drunken party-boy who bragged—in print, no less—about having sex with particular girls. It’s much easier to imagine that Brett Kavanaugh committing the acts of sexual violence, abuse, and contempt that Blasey Ford and Ramirez have described.

But hard-working angel-boy Brett Kavanaugh would never get drunk and try to rape a young girl. And that’s who he portrayed himself to have been in high school by lying—by transparently lying—about what various adolescent comments in his yearbook meant. For instance, he tells us that his reference to being a “Renate alumnius” was a way to show affection for her.

Whatever type of person Brett Kavanaugh may have been in his teens and early 20s, he has shown us what type of person he is today: the type who lies about anything and everything in order to get ahead.

And the type who should not be on the Supreme Court.