Brett Kavanaugh: A Threat to Affordable Health Care for All - People For the American Way
Skip to main content

Brett Kavanaugh: A Threat to Affordable Health Care for All 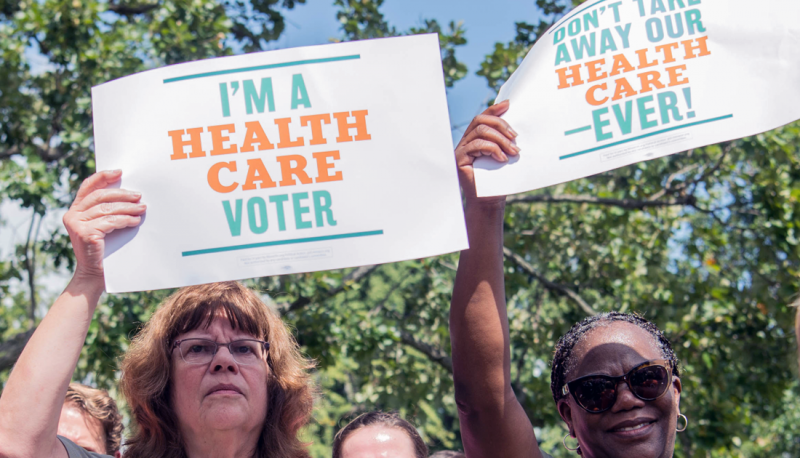 The Affordable Care Act (ACA), which provides access to health care for millions of Americans with pre-existing conditions, came under attack by Republicans in Congress long before it became law in 2010. After numerous failed legislative attempts to repeal the ACA, Republicans have turned instead to packing the courts with narrow-minded elitists as another method to dismantle the law and strip health care from millions of American families. The assault on pre-existing condition protections may make its way to the Supreme Court soon, and if Brett Kavanaugh is sitting on the bench, affordable health care for all will be at serious risk.

Since President Trump took office, his administration has waged an all-out attack on Americans with pre-existing conditions. In June, Trump’s Department of Justice broke with longstanding precedent and announced it would no longer defend the ACA. In Texas v. United States, the administration followed 20 Republican state attorneys general arguing that the ACA’s protections for people with preexisting conditions should be invalidated, which would strip health care from 52 million Americans including cancer patients, people with diabetes and pregnant women. Texas could reach the Court in an upcoming term, potentially placing Kavanaugh in a crucial role to determine whether Americans with pre-existing conditions have the right to access affordable, quality health care.

Trump’s well-documented litmus tests indicates that Kavanaugh is anti-choice and anti-ACA. Indeed, Trump promised on the campaign trail that his judges would “do the right thing” and overturn the ACA. If Kavanaugh is confirmed, there will be an extreme conservative majority on the Court that very well could make that a reality.

Kavanaugh would not only be a critical vote on Texas, but also on dozens of health care cases pending in the lower courts which are likely to be appealed to the Supreme Court in upcoming terms. The outcomes of these cases will directly impact millions of Americans, particularly people with preexisting conditions, disabilities, older Americans and other vulnerable communities who rely on the ACA.

Many of the cases question whether courts will enforce the rights provided for individuals under the ACA. They address vital issues, such as:

Kavanaugh’s record shows that he will likely favor the interests of the wealthy and powerful over those of all Americans, and that includes stripping away our right to affordable health care. It is now more urgent than ever that we raise our voices and fight to protect the ACA and tell our senators to vote no on Kavanaugh.