Bullying, harassment, and hate crimes – got data? - People For the American Way
Skip to main content

In an effort to ensure equal opportunity, the Department of Education’s Civil Rights Data Collection surveys schools nationwide on a range of topics including staffing and finance; college and career readiness; and discipline. The most recent survey, for the 2009-2010 school year, asked about bullying and harassment for the first time in its 44-year history. The American Association of University Women analyzed the data on sex-based bullying and harassment.

As you can see, 14 of the 20 largest districts reported no bullying and harassment. If there really were no incidents, that would be great, and our work there would be done. But it’s hard to believe that’s the case given AAUW’s own data and that provided by the Gay, Lesbian & Straight Education Network. (While sexual orientation and gender identity aren’t named on the DOE survey, LGBT youth often get caught up in other types of bullying incidents, especially those that are sex-based.)

For NYC, there’s plenty of data. Yet their official report included no allegations of bullying and harassment. Not on sex. And not on race or disability. Then take a look at a much smaller district, my home of Jackson Local Schools. With just over 5,700 students, they reported 2 sex-based allegations, and 1 each for race and disability.

Similar inconsistencies are found when you look at hate crimes data. Nobody wants incidents like this to happen, but it’s pretty clear that they are happening.

According to the Anti-Defamation League:

The largest number of law enforcement agencies (14,977) since the start of the hate crimes annual report in 1990 participated in the 2010 collection of data. Yet, only 13 percent of these participating agencies reported a single hate crime to the FBI, which was the lowest number of agencies reporting one or more hate crimes since the 2002 report. Disturbingly, thousands of law enforcement agencies nationwide did not report to the FBI, including at least three agencies in cities with populations of 250,000 or more and at least twelve agencies in cities with populations of 100,000 to 250,000.

With a population of over 400,000 in 2010, Miami has reported zero hate crimes in each of the last 5 federal reporting years, yet the state report lists 11 for Miami-Date County in 2010 alone. And Toledo, OH, which has over 300,000 residents, hasn’t even participated. WTOL: “Chief Mike Navarre says that it’s not because they don’t have them. His department doesn’t have the manpower to separate hate crimes from the 75,000 reports they take a year.” In contrast, Massillon, OH, a city of just 33,000, reported 2 incidents.

Whatever the reasons for underreporting or nonreporting might be, the data is still critically lacking. Lisa Maatz of AAUW:

Transparency is a first step toward understanding sexual harassment in our schools and is necessary to make schools a safer place for all students to learn.

We can’t adequately address the problems of bullying, harassment, and hate crimes without understanding how far they reach. And a federal government collection of data, with uniform definitions and requirements, is the only way that we will get a useful national picture. Only then can we hope to accurately compare one area with another and effectively track where our efforts need to be focused. 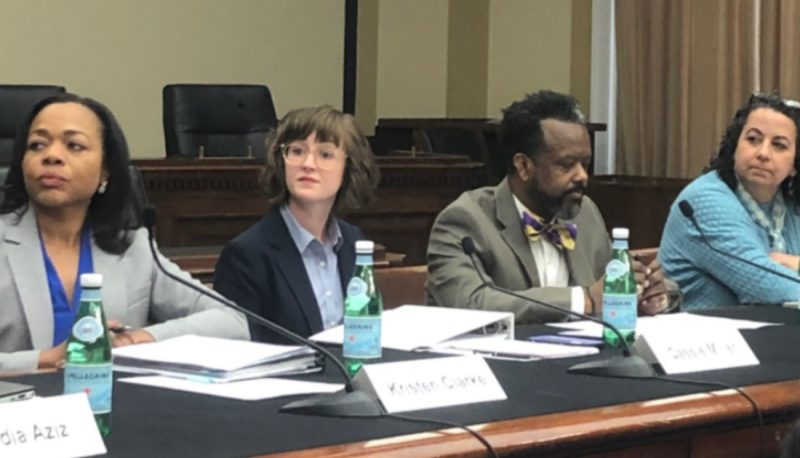