The pushback against Pennsylvania Republicans’ electoral vote-rigging bill continues to grow, as more and more public officials and average voters call on Governor Corbett to dump the hyper-partisan scheme plan.

On Monday, People For the American Way held a press conference in Philadelphia with state Senator Anthony Williams and a representative from the office of U.S. Rep. Robert Brady, who said that he fears this legislation represents “more of the same” partisan tactics that we saw with last year’s voter ID bill.

Yesterday in the state capitol of Harrisburg, state Auditor Eugene DePasquale and state Treasurer Rob McCord added to the calls for Corbett to put aside partisan politics and “stand up and say, ‘This isn’t right.’” McCord warned that the bill would mean millions in lost economic activity, and called it a “shame.” DePasquale said that the bill would greatly reduce the influence of Pennsylvania in national elections by limiting the number of electoral votes in play to 3 or 4, similar to small states like Wyoming. “When was the last time you saw a major policy announcement from a president in Wyoming?,” he asked.

With the chorus of voices against the bill growing ever louder, from both Democrats and Republicans, it’s becoming harder and harder for Corbett to maintain his tacit support for this scheme. If Pennsylvanians keep speaking out against this bill, Corbett won’t be able to act like he can’t hear us for much longer. 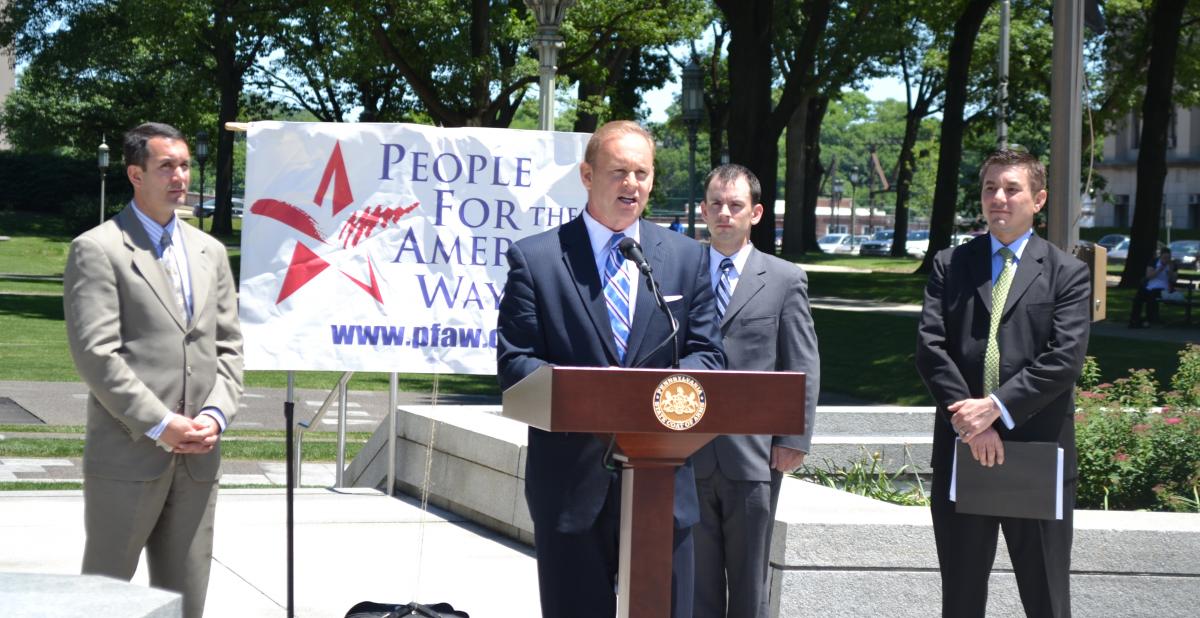 Why We Need the National Popular Vote