Can the filibuster be fixed? - People For the American Way
Skip to main content

Can the filibuster be fixed?

The threat of filibuster is holding up Senate business more than ever before, and Senators are at odds over whether to do away with or amend the rule that’s causing so much trouble.

People for Executive Vice President Marge Baker joined a panel yesterday at American University’s Washington College of Law to discuss what can be done to loosen up the gridlock in the deliberative body.

Baker, Washington Post columnist Ruth Marcus and Cato Institute scholar John Samples discussed several proposals that have been put forward to fix the filibuster problem, from limiting lawmakers to a “one bite” rule that would not permit filibusters of both motions to proceed to a bill as well as on the merits of the bill itself to reducing the number of votes needed to invoke cloture to scuttling the rule altogether. But they kept coming back to one point: what’s causing the gridlock isn’t the filibuster rule itself but its increasing use as an obstructionist tactic.

People For the American Way has found that Republicans in the 111th Congress are holding up executive branch nominations at an unprecedented rate, and that they are more than ever invoking the cloture process to delay votes whose outcome they know they can’t change.

“It really is a problem. It really is causing government to break down,” Baker said, “The cloture vote is being used to an unprecedented degree, and the degree to which it’s being used primarily for obstruction, is really a serious problem.”

Here’s a look at the rate of cloture filings in the past 90 years: 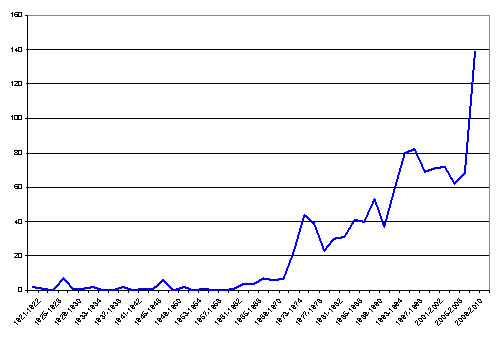 And a look at filibuster threats to executive nominees from 1949 through March of 2010:

Senators Jeanne Shaheen and Tom Harkin have introduced a measure to phase out the filibuster in a series of steps, eventually ending in a Senate where votes can pass with a simple majority. Senator Tom Udall has proposed letting the Senate adopt new rules–and make a choice about the filibuster–at the start of every new Congress. But the solution may lie not in taking away the power of the minority to have some leverage in matters that are truly important (nobody likes that idea when they’re in the minority), but in limiting the situations where the filibuster can be used. Marcus suggested taking the option off the table for executive nominations, limiting its use in judicial nominations, and limiting the minority to one filibuster per law. Baker suggested changing the rule that provides for 30 hours of post-cloture debate before a matter can be voted on, which would save enormous time, particularly where the result is a foregone conclusion.

Though, whatever the form that filibuster rules take, I’m pretty sure we can count on the GOP to come up with creative ways to keep on stalling business. 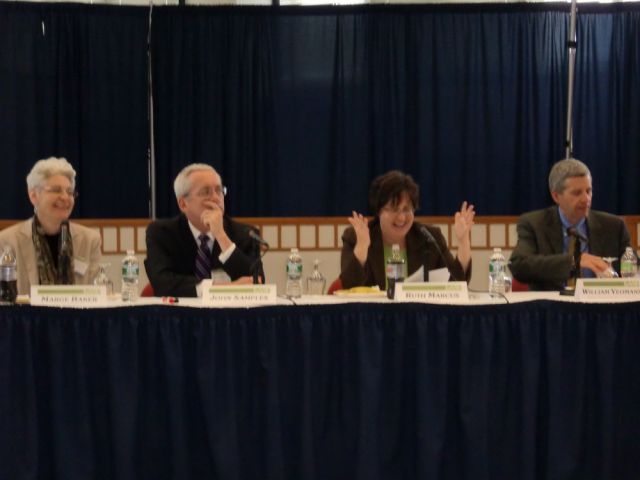