PFAW joined members of Congress, state and local officials, advocacy organizations and concerned citizens for a Capitol Hill summit to amplify the call for a constitutional amendment to overturn Citizens United, the 2010 Supreme Court decision that helped usher in unprecedented levels of corporate spending to influence our elections.

The speakers recounted the toll that Citizens United has taken on our democracy, as their colleagues must contend with the outsized influence that wealthy special interests hold over the political system, and how it is absolutely imperative for Congress to have the authority to regulate campaign contributions and require disclosure. While there are many approaches under consideration, it was clear to all that amending the Constitution is a necessary step to restore our democracy. So far, 13 constitutional amendments have been introduced in the current session.

It’s a long road to ratification, but there is a rapidly growing grassroots movement taking hold across the country to get this done. State Representatives and City Councilmen took to the podium to share their constituents’ enthusiasm for a constitutional amendment, and many states and cities across the country have already adopted resolutions calling for such an amendment.

The summit concluded with a call for public officials to sign the Declaration for Democracy, a simple statement of support for amending the Constitution “to protect the integrity of our elections and limit the corrosive influence of money in our democratic process.”

Here is a video and photos of the event. 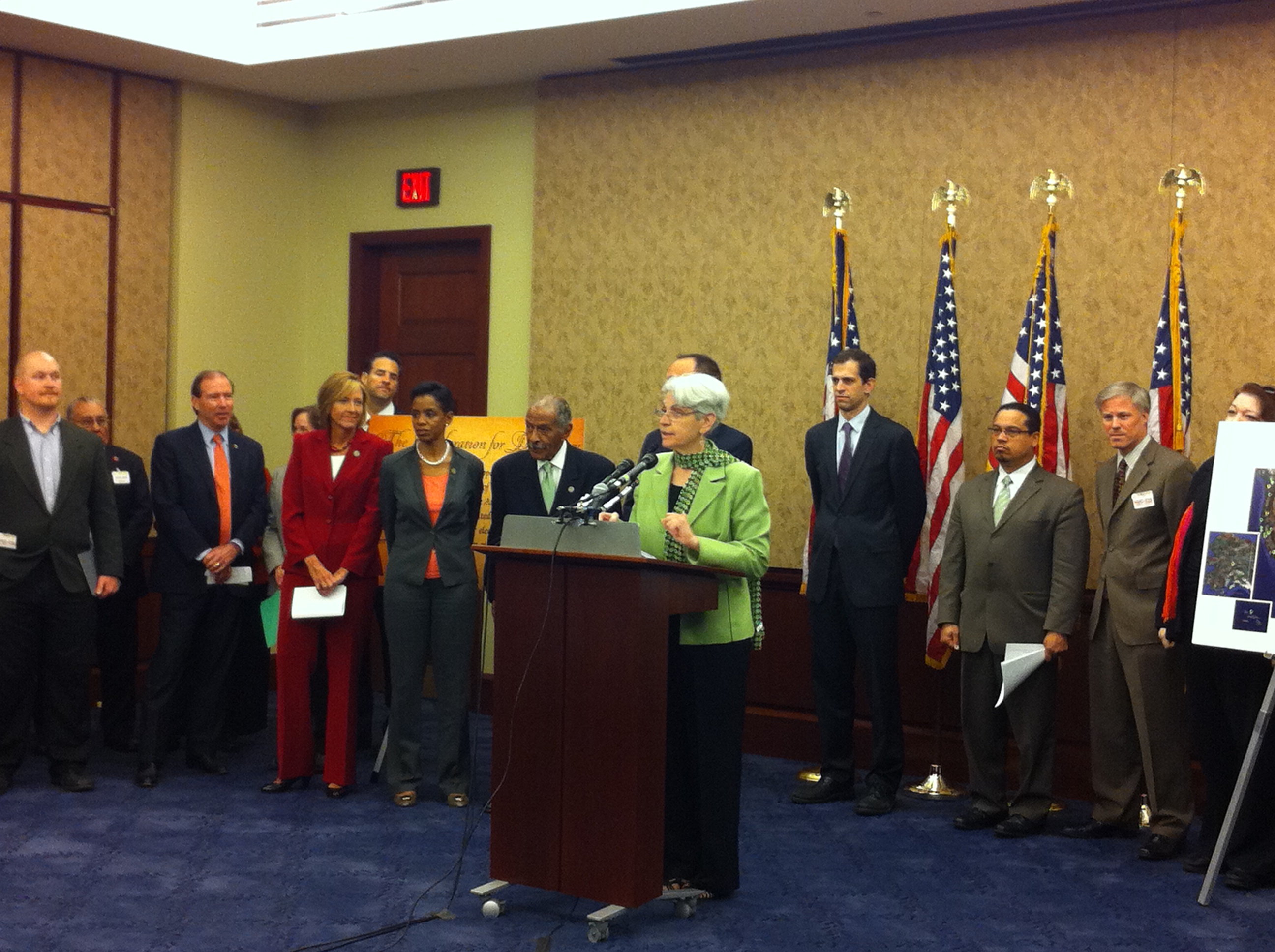 PFAW’s Marge Baker opens the Summit as members of Congress, local and state officials and activists look on. “We the people means all the people, not just the powerful and privileged.” 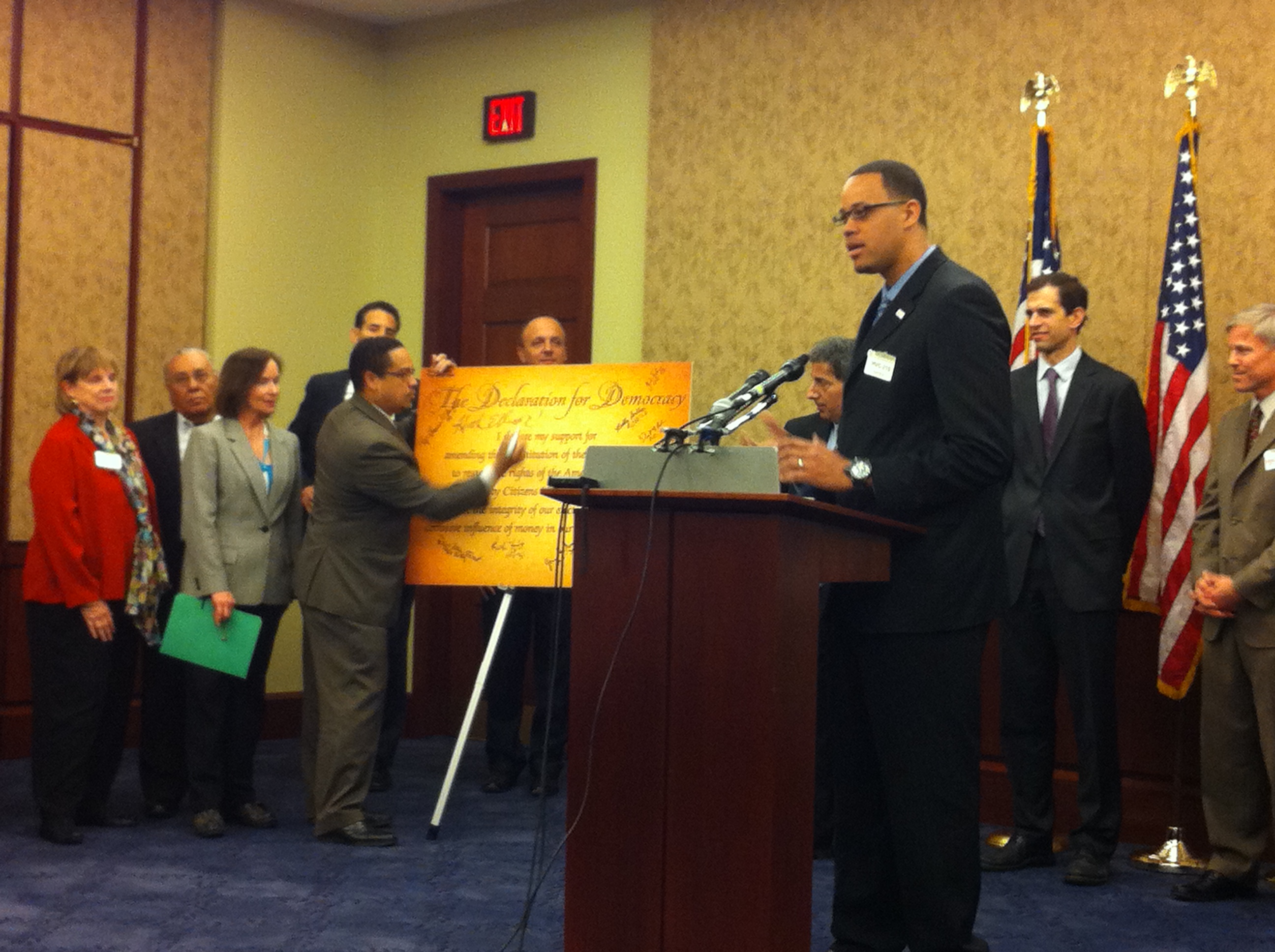 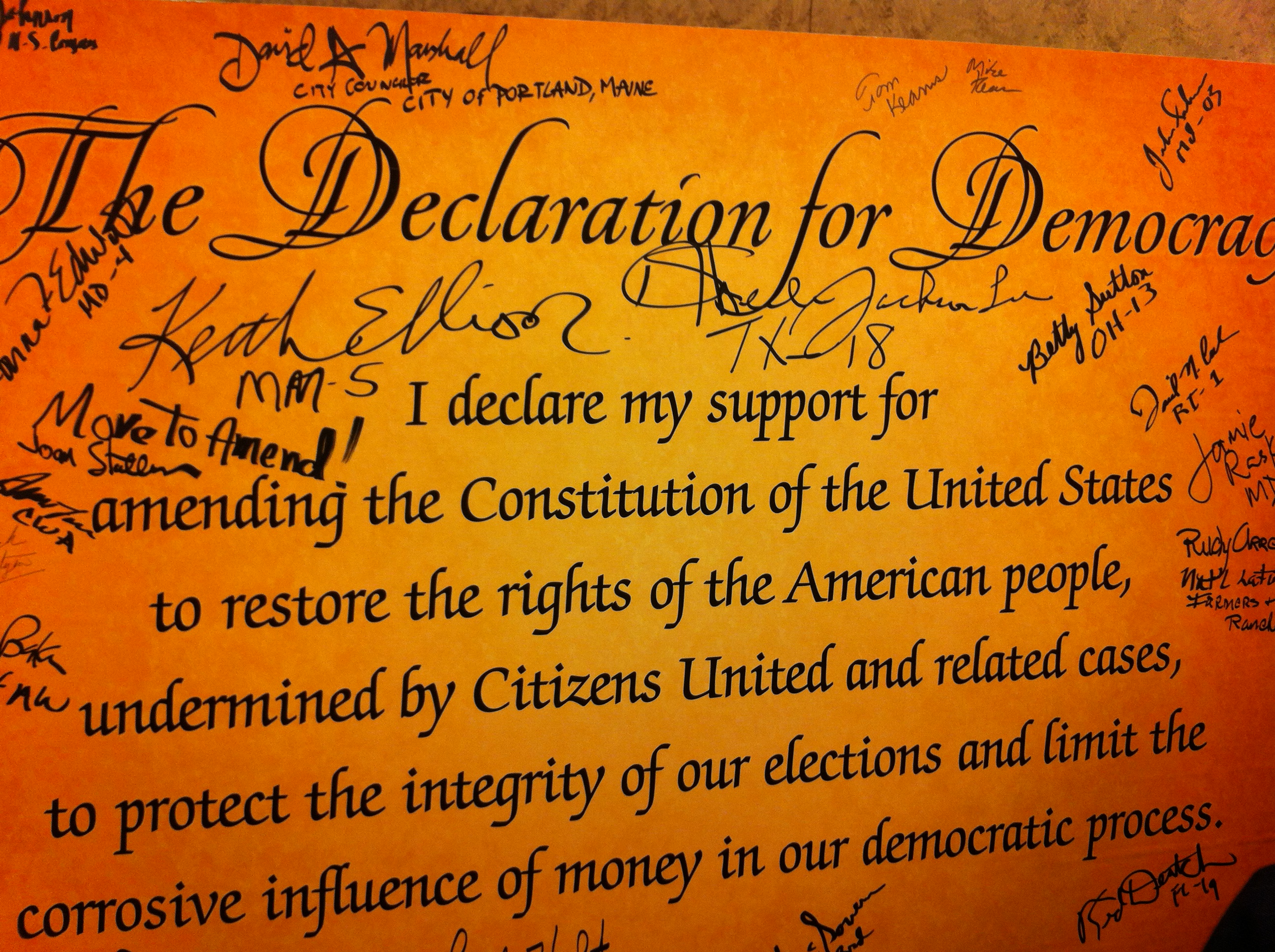 The Declaration for Democracy: “I declare my support for amending the Constitution of the United States to restore the rights of the American people, undermined by Citizens United and related cases, to protect the integrity of our elections and limit the corrosive influence of money in our democratic process.”